How to Open WebP Images in GIMP

How to Open WebP Images in GIMP 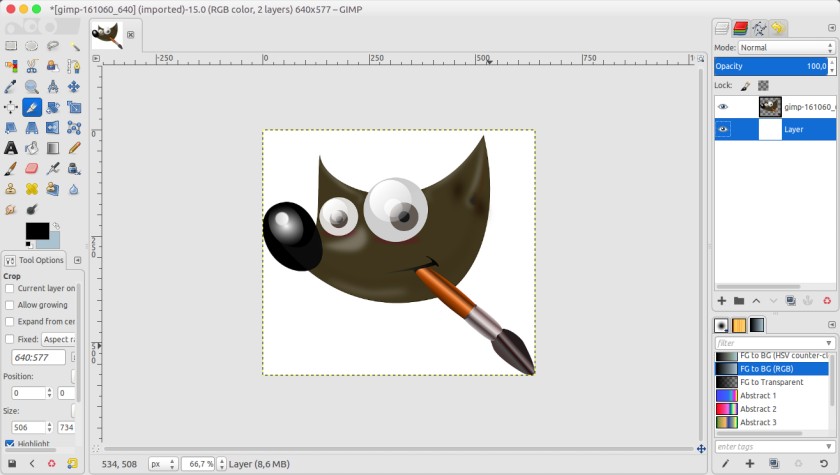 WebP is one of the image formats other than PNG and JPG. The format is developed by the internet giant Google, based on a technology from On2 Technologies that was acquired by Google in 2010. WebP tend to less popular since it has so many restrictions. However, it has several advantages, including the smaller file sizes (read here for more information about WebP).

Unlike JPG and PNG which are easy to edit and open with regular image editors, you need a special tool if you need to go further with your WebP formatted images. Or, you can convert them first into other formats in order to be able editing them. A bit complex, indeed.

You can actually open and edit a WebP formatted image using regular image editing tools like GIMP. But, you need a plugin to assist you doing this since GIMP is unable to open the format by default.

The GIMP plugin you need to open a WebP image is called gimp-webp. This plugin makes it possible to load and save files using the new WebP image format. The good news is, this plugin is available for all major platforms from Windows, Mac and Linux.

This article will show you how to install gimp-webp in Linux (Debian based specifically). Windows and Mac users download the plugin here.

Just run the following commands to install gimp-webp on your Debian-based Linux machine.

Once you done executing the commands above, re-launch the GIMP app on your computer and try to open a WebP formatted image. By now, you should be able to do this.