How to Migrate from Wunderlist to Todoist

HomeHow ToHow to Migrate from Wunderlist to Todoist

How to Migrate from Wunderlist to Todoist 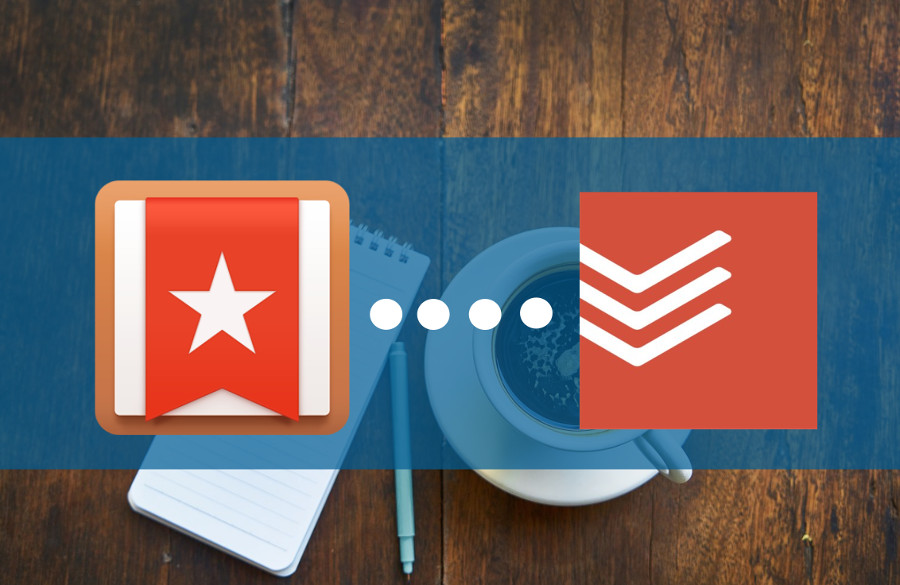 With the Wunderlist team is now focusing on another project (Microsoft To-Do), you might starting to worry about the Wunderlist fate in the future and start thinking of looking for another alternative. Todoist is one the best Wunderlist alternatives you can consider. It is quite similar to Wunderlist, comes with a simple interface but intuitive enough.

To handle those who want to make a switch from Wunderlist, Todoist has prepared an importer tool which enable you to transfer your Wunderlist data — like tasks, projects, reminders, and notes — to Todoist. Your Wunderlist data will be transferred into a new project in Todoist called “Wunderlist import”. If you have some folders or projects in Wunderlist, they will appear as sub-projects under this new parent project.

The Todoist importer tool will transfer your Wunderlist data to their corresponding projects. You can also re-arrange and edit all your projects later once they are imported to Todoist.

Following are the steps to export Wunderlist data to Todoist. 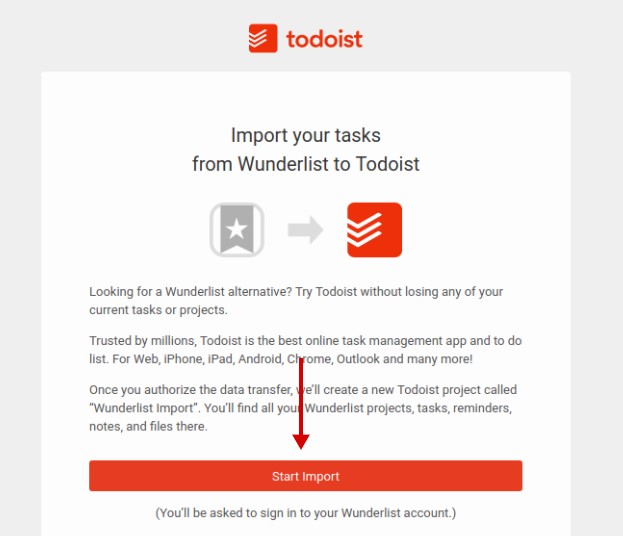 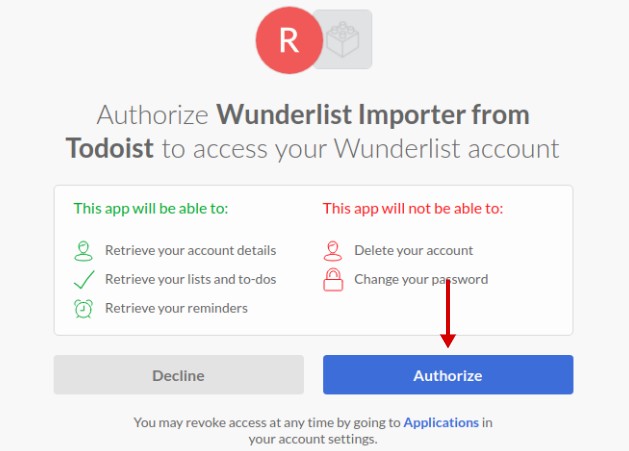 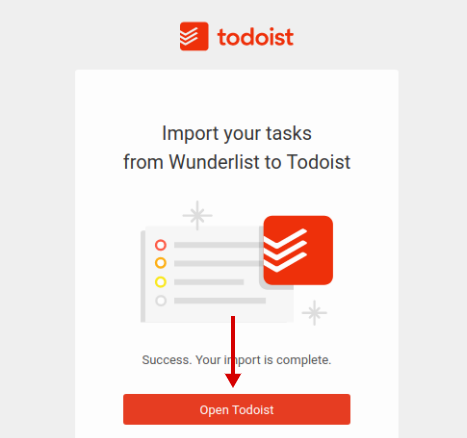 Done. You should now see your Wunderlist data on Todoist under the the “Wunderlist import” project.

Both Wunderlist and Todoist are great productivity apps. Instead of offering complex features like Asana and Trello, they both focus to provide task management app with simple but useful features. Wunderlist is now owned by Microsoft. With the Wunderlist team is now maintaining a new to-do list app project run by Microsoft — Microsoft To-Do — users started to worry about its continuation. Todoist is one of the best alternatives if you also feel the same worries.