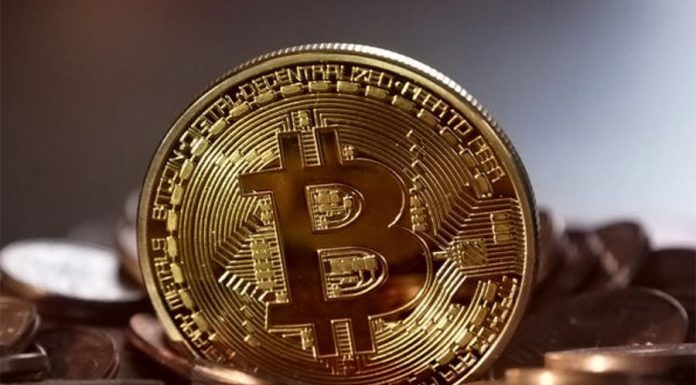 Bitcoin’s price has been on a roller coaster ride since its debut. Its long-term trajectory has, however, been higher. Bitcoin ushered in the cryptocurrency age, which took a while before the public took notice.

In a little more than a decade, bitcoin has become the most exciting trading opportunity. Bitcoin trading has created millionaires, although considering its persistent rise a lot of people would have done well just holding on for a ride.

Despite the long-term rise, BTC has experienced periods where it has fallen precipitously. With the most recent one being 2021 when the prospect of rising interest rates in the financial markets dropped bitcoins price so much lower.

Note that bitcoin’s price is notoriously driven by sentiment. When the market shifts to “greed” phase, bitcoin soars amid the utopia promises. Speculators dismiss the risks of an asset that generates no cash flow. In the “fear” phase, bitcoin’s price seems to find no traction. This happens as sellers push its price lower amid bad news or general market malaise.

Through these speculations, it’s important to note that this crypto is tough to use for daily purchases. As a result, many companies that introduced ways of paying with bitcoin quietly walked away from it. The market has now rewritten bitcoin’s narrative from a medium of exchange to a store-of-value.

We don’t know if bitcoin’s prices will continue to rise. However, the current surge of this cryptocurrency portends good things for it. That’s not because the prices are rising but why they are rising. This can be attributed to the fact that investors are now savvier and more strategic. They are now buying bitcoin to fulfill a certain use case rather than speculating on the new hot asset.

Bitcoin achieved a remarkable rise in 2020. This is in spite of the many elements that would usually make investors warry. Those elements included the US-China tensions, Brexit, and of course, the Covid-19 pandemic. From a year-low of $4,748 in mid-March as the fears about the pandemic took hold, bitcoin rose to just below $30,000 by the end of the year.

Since then, the prices of bitcoin in euro, dollars, and other currencies has continued to make headlines day after day, driving up the prices of other cryptocurrencies at the same time. So, what has driven this huge price appreciation?

There has been a growing narrative of bitcoin as a safe-haven asset. In the current economic climate, there’s also a growing incentive to hold less cash and hedge against intense marketing swings.

There’s also a growing trend where publicly traded companies are converting cash in their treasuries to bitcoin. They consider the bitcoin cash wallet a sounder store-of-value. Most notably, MicroStrategy converted $425 million worth of cash in its treasury to bitcoin. It wasn’t long before the payment company Square made a $50 million purchase.

A lot of companies have followed suit since then. The confidence these companies and their investors have has brought increased merit to the concept of bitcoin as a store-of-value.

2. Adoption as a Means of Payment

This announcement immediately pushed bitcoin’s price higher. Note that PayPal has about 350 million users. These people have the ability to buy, sell, store, and use bitcoin. There are also some 20 million active merchants on PayPal who can accept this cryptocurrency.

Furthermore, PayPal now owns Venmo, which has over 70 million users. This makes accessibility to bitcoin more significant. PayPal and venom may be new to bitcoin. However, there are a host of other applications that allow users to buy, sell, and hold. Square and CashApp are some of those apps.

Bitcoin has experienced extremely volatile peaks in its time. Its last peak was about $14,000 in June of 2019. That was the period when bitcoin experienced a hard resistance and it failed to push through.

Bitcoin would have triggered a bull market had it broken through that resistance in June 2019. But, unfortunately, for bitcoin bulls, it failed to do so and cascaded down. In October of the same year, this cryptocurrency retested this resistance but fell back down.

In November, however, bitcoin pushed straight through $14,000 and continued rising. This is remarkable considering that bitcoin’s next resistance point is its previous all-time high of $20,000.

With bitcoin no longer having a theoretical resistance point, a lot of investors have become bullish that bitcoin will retest its previous all-time high price point of $20,000. It’s this bitcoin cash price prediction that has led to an increase in bitcoin’s value.

The other reason for bitcoin’s surge is that as the size of the mining network grows, so does the mining difficulty. This, in turn, increases the marginal cost to bitcoin’s production.

Bitcoin mining requires a great deal of energy. This has a real cost that must be paid by miners in their local currency. Note that bitcoin’s protocol requires that one block be found and on average, every ten minutes.

The more hashing power directed at mining doesn’t increase the rate of new supply. It only increases the difficulty of mining. According to research, bitcoin’s price has closely tracked its marginal cost of production.

5. Halving and the Stock-to-Flow Model

There are two aspects that are contributing to bitcoin’s surge and they are inherent in its design.

First, there are only 21 million bitcoins. This number has always been static and there will be no more and no less. That makes this cryptocurrency scarcer than any other asset that has come before it.

The second aspect is the process coded into bitcoin known as halving. Bitcoin essentially has a built-in escrow mechanism where the crypto is released and given to miners as a reward for processing transactions. This is a reward that’s cut in half every four years.

By doing that, bitcoin’s rate of inflation gets reduced by half each halving. Its stock-to-flow ratio also gets doubled each halving. This is a process that continues every four years until all bitcoins in this escrow mechanism are released and in circulation. From that point on, bitcoin in circulation is capped at 21 million.

6. Inflation and the Rush Toward-Safe-Haven Asset

The growing inflation of the United States dollar is the other reason for bitcoin’s surge.

With the recent stimulus packages, a lot of people have continued to worry about the inevitable decrease in the dollar’s purchasing power and the rise in inflation.

To hedge against inflation, a lot of people have retreated from the dollar and taken shelter in assets. These assets have historically held value and have even appreciated in value.

Usually, the assets that people convert their dollars into so as to avoid volatile markets are the ones that are less volatile. These “safe haven” assets include precious metals, stocks in less volatile sectors, and more recently, bitcoin.

Bitcoin is set to continue surging. However, the market is still volatile and a price hike doesn’t bring stability. Thus, before investing in this cryptocurrency, you must be ready for the volatility and be mentally prepared to face loses.