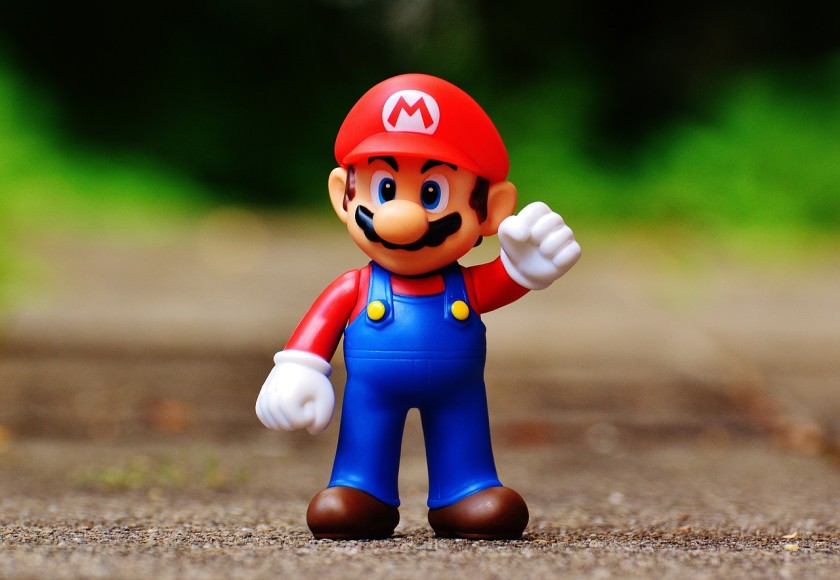 From Mickey Mouse to SpongeBob, everyone loves cartoon. Today, the way people use cartoon characters have changed (or more precisely more vary) following the internet culture. Many people are now using the cartoon character of their self as a profile picture on Facebook and friends. Are you a member of this kind of people?

Creating a cartoon character is basically not too hard. Unless you want to create a very complex character, free online tools like Face Your Manga I think is more than enough to help you creating a cool cartoon character based on your own character. This kind of online tool used to rely on Adobe Flash to run. But today, there are some tools that was built using HTML5 and JavaScript so you don’t have to install Adobe Flash anymore.

So, if you want to create a cartoon character of your self, here are some tools you can use.

With this pixel-art avatar maker, you can create, buy and sell your unique avatars like NFT art. Just play and earn. Isn’t that a cool idea?

So, what is 8biticon? It is an NFT avatar generator that makes it possible to create your own unique avatar, sell it and make a profit

Each avatar you design on 8biticon.com cannot be reproduced and will always remain 100% yours. As soon as you finish your artwork in our pixel art avatar maker, it becomes an NFT. This means that it can be transferred, gifted, sold or kept as part of your 8biticon pixel avatar collection. Since all avatars that you create are unique, you can claim rewards for each and every one of them. If someone buys the glasses you will be rewarded with 80% of the amount of the price increase distributed evenly among other players holding the same element. The avatar price is formed as the result of the Minting price and Demand adjusted markup.

The minting price includes avatar development, art, hosting, CDNs, storage and smart-contract’s functionality. This cost is applicable when you purchase all art-related elements for the first time.

As a result, with 8biticon you get a unique avatar that is linked to an NFT that in turn makes it transferrable. 8biticon lets you create an unlimited number of avatars with each user profile. 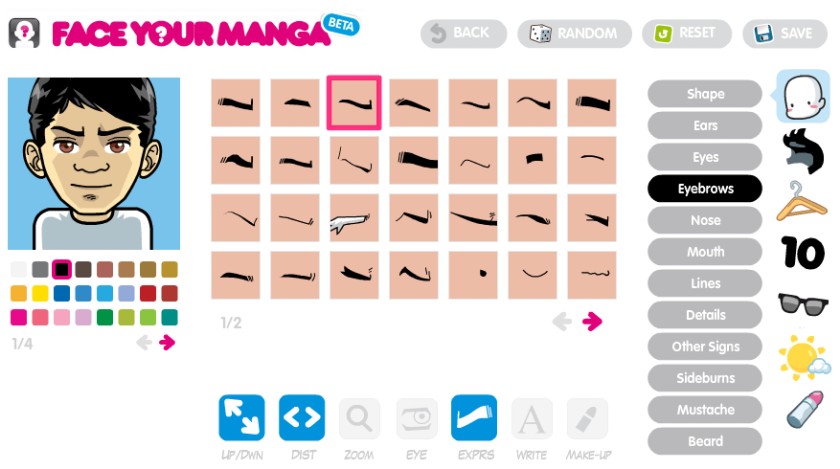 The first online tool you can use to create cartoon character online is Face Your Manga. This tool still rely on Adobe Flash to run so be sure you have Adobe Flash installed on your computer before using it. This tool only lets you to create cartoon character of head. You can start everything from zero by selecting the shape of you face. Then you can add more elements like eyes, ears, mouth, eyebrows and so on. Each element has a vary shape so you can choose which is suit you most. Face Your Manga allows you to download the cartoon character you have made in PNG but you will be prompted to enter your email address in advance. 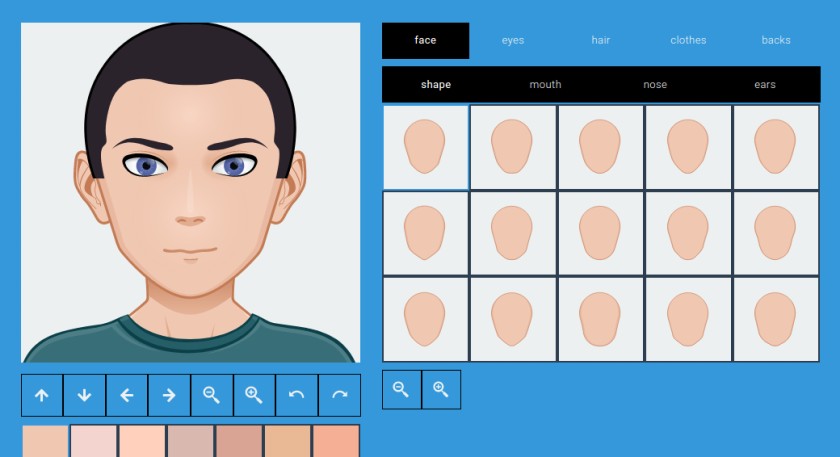 Not far different to Face Your Manga, My Blue Robot also allows you create the cartoon character of your head without body. The offered options are also quite similar but there some options offered by this tool that Face Your Mange doesn’t have. For instance, My Blue Robot offers a color picker to let you set the very customized color for certain elements. Additionally, this tool doesn’t require you to enter your email address to download the cartoon character you have just made. Most importantly, My Blue Robot doesn’t depend on Adobe Flash to run.

If you want to create a comprehensive cartoon character from top to bottom then Avachara Avatar is the tool you need. This tool allows you dressing up the character you are creating, from setting the t-shirt, pant to jacket. There are some additional accessories too that you can add. Like hat and glasses. On the face side, you are also allowed to create your face from zero. From selecting the shape of your face, eyes, nose, ears and so son. Furthermore, Avachara Avatar also makes it possible if you want to change the default backdrop.

The only downside of Avachara Avatar is that it offers the smaller size of image. You will only allowed to download your image in either 250px X 250px or 200px X 400px. To download the larger image you need to buy it. 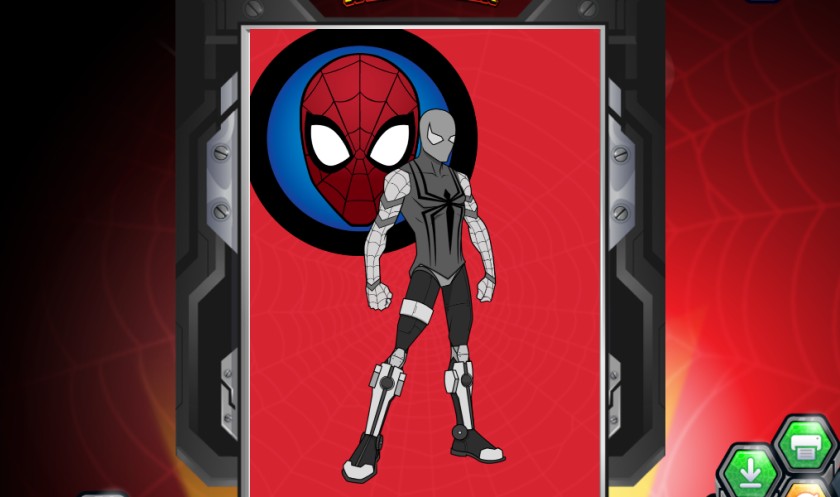 However, not all Marvel character are offered by Marvel Kids. Currently, you are only allowed to create a custom character of Iron Man, Spider-Man and some members of GOTG (Guardians of the Galaxy). 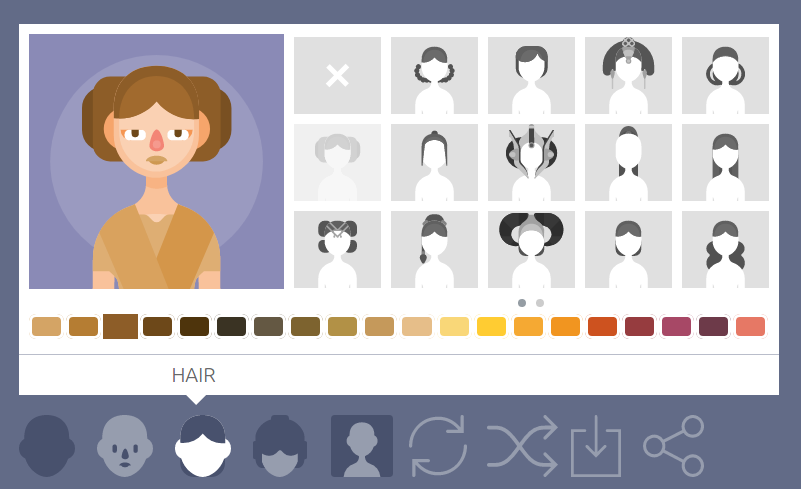 To be honest, I am not a fan of Star Wars. But, if you are a fan of the movie and want to customize your favorite character, you can do it with Star Wars Avatar.  At first, you will be prompted to select the species of the character you want to create before being able to select the custom face shape, hair, eyes and so on. Sadly, this tool comes with a very lack download options. You will only be able to download the character you created in a very small size. Plus, there is an annoying label at the right side of the character. 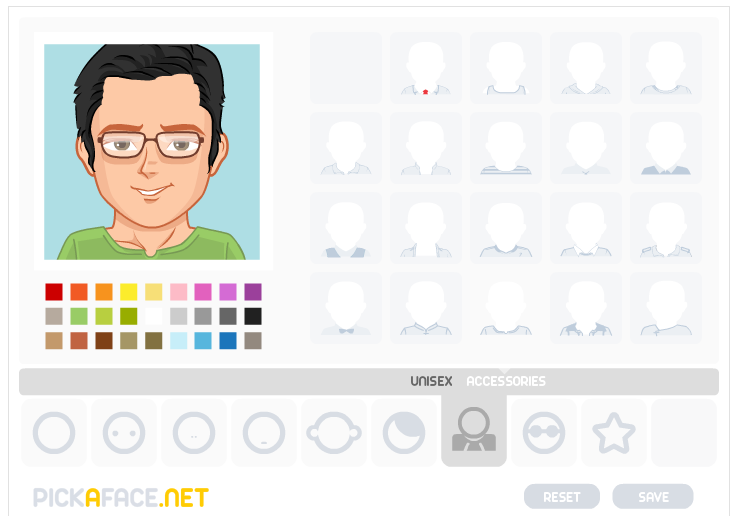 Pick a Face is pretty similar to My Blue Robot and Face Your Manga. You can create the cartoon character of your self on the head side. At first, you will also be prompted to select the face shape that suit you most before adding other elements. Generally, the options offered by this tool are not far different to My Blue Robot and Face Your Manga. Sadly, this tool also comes with a lack download options where you are only allowed to download the character you created in a very small size, 215×215.

8. Build Your Wild Self 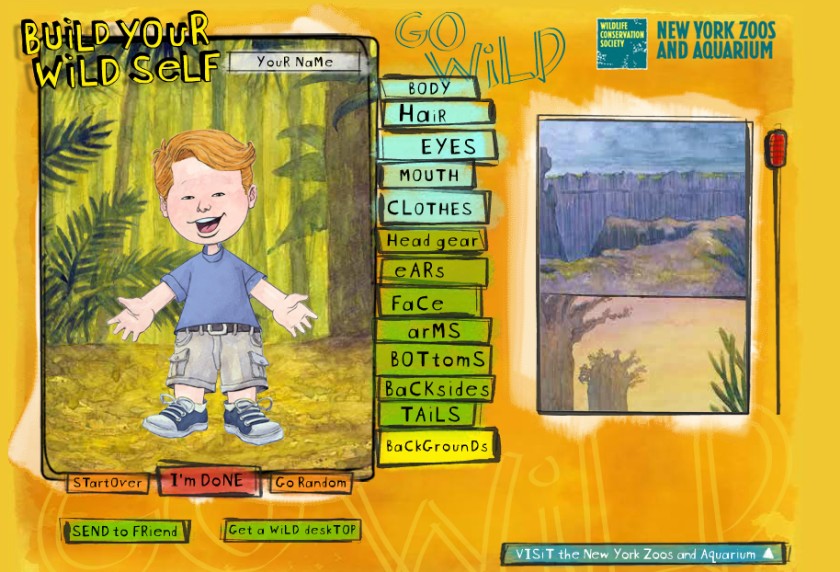 If you want to create a cute cartoon character with a wild style like Russell in the movie of Up, you should give Build Your Wild Self a go. But, you need to ensure that you have the latest Adobe Flash installed on your machine in advance before being able to use it. Build Your Wild Self lets you to create a cartoon character online with the option of full body. In addition to regular elements such as eyes, ears, mouth and hair, you can also add additional elements like tail and head gear. Unlike items mentioned above, Build Your Wild Self allows you to download the character you created in a desktop wallpaper size. 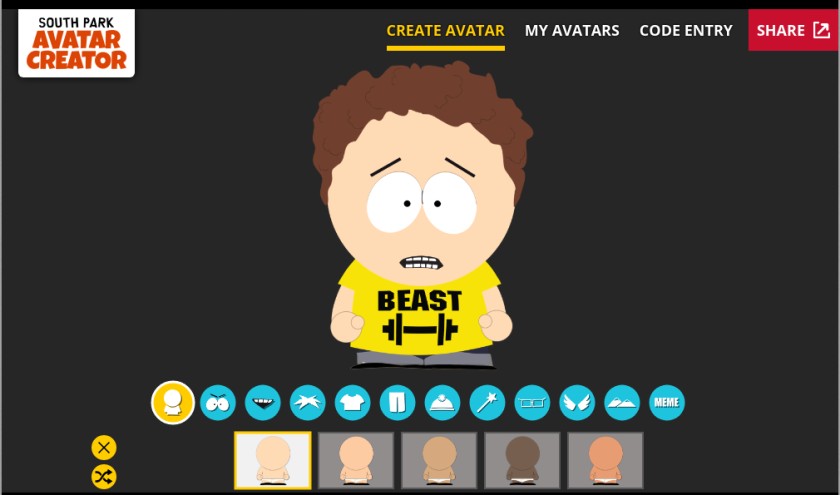 Last but not least. Other tool you can use to create cartoon character online is Custom Anime. This tool allows you can create a comprehensive cartoon character, from top to bottom. Generally, the elements offered by this tool are not too different to other tools on this list.

I will give you a leak about Custom Anime before you go to use this tool. Once you are done with the character and wish to download it, you will be asked to sign up and fill out some questionnaires. This tool also relies on Adobe Flash to run.

The world today is no longer as it was five years back. There is rapid progress like work. Specifically, the pandemic sped up our...
Read more
WordPress

If you use the Divi theme to create your WordPress-based website, you have a visual builder -- called Divi Builder -- that you can...
Read more