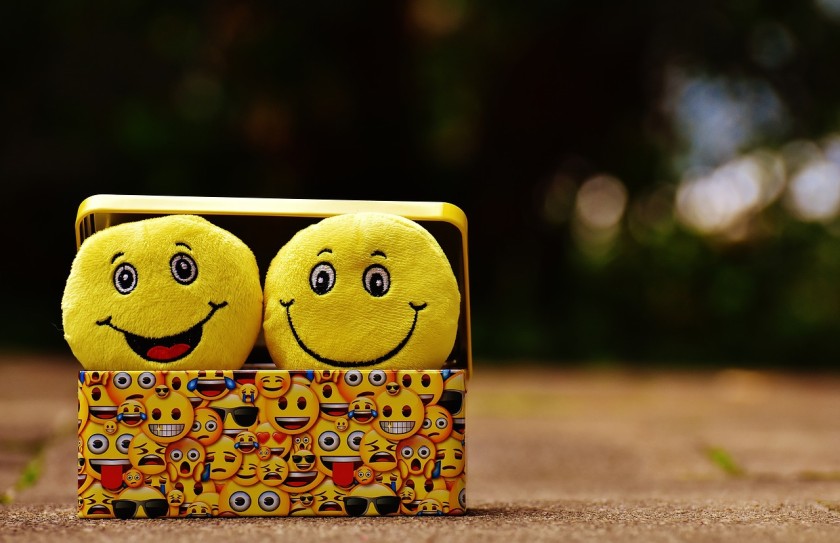 Emoji is something that make our digital conversation be more colorful and attractive. Sometimes, there are some feelings we can’t express with words and that is how emoji comes into play. It replaces what we can’t say with words.

All instant messaging apps comes with myriad of emojis. From standard ones like greeting smile to a weird emojis we have even never imagined before. But, what if you couldn’t find an emoji to express a certain feeling?. Or you probably want to use an out of the box emoji?

If so, you may can consider creating your own emoji. But, how?

No, you don’t have to be a CorelDraw master to create your own emoji. To create a simple emoji for a fun purpose, there are several websites you can use. Here they are.

The first website that offers you an emoji creator is Labeley. The emoji creator offered by this website has a very nice canvas to work with. It also has several handy tools to dress up your emoji. Not too much but useful enough. For instance, there is a tool called “Face”. This tool contains such elements as eye, nose and mouth which you can choose yourself depends on what kind of emoji you are going to create. If you want to create a standard emoji like you usually see on Twitter or WhatsApp, Labeley can handle it. The only downside is that you have to make a purchase if you want to download the emoji you have created. 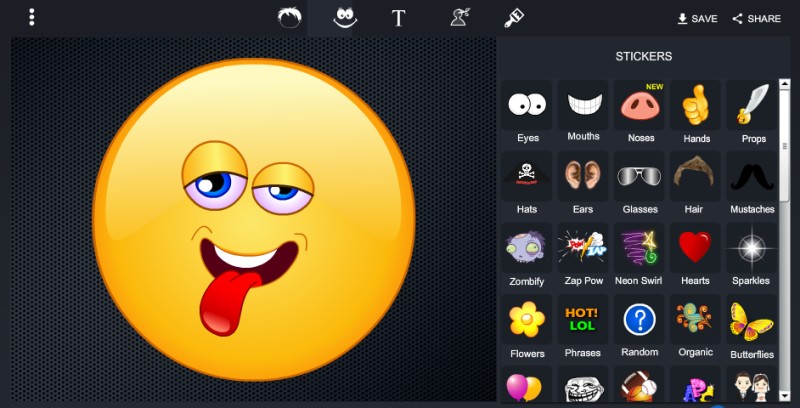 piZap requires the latest Adobe Flash to run so unsure you have the latest Adobe Flash installed on your machine before being able to use this tool. Emoji creator is not the only tool offered by piZap. In addition to emoji creator, piZap also offers other tools like collage maker, Facebook cover maker, Twitter header maker and lots more. The emoji creator offered by piZap also comes with a very nice and easy to use canvas, with a dark background.

There are five menus you can find on your canvas. Each menu consists of tools which you can use to dress up your emoji. For instance, the “Emoji Bodies” menu contains various main body of the emoji you are going to create while the “Face Stickers” menu contains elements like eyes, mouths, noses, glasses and so on. Unlike Labeley, piZap allows you to download the emoji you have created for free. 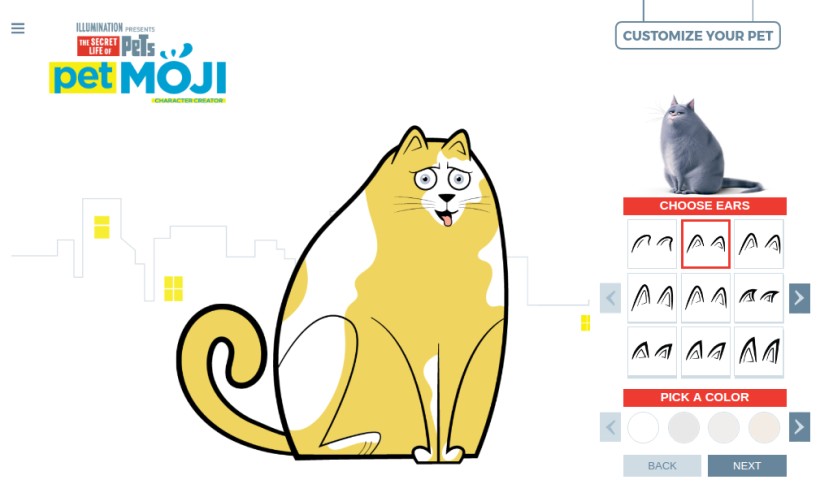 Inspired by an animated movie titled The Secret Life of Pets, PetMOJI Creator allows you to create an emoji based on your pets. Currently, there are only two characters offered by this website, dog and cat. The pet body offered by this website is based on the character on the movie but you are given a freedom to customize it. Some elements you can change include nose, ears, tail, mouths and patterns. At the end of the customizing process you are offered a download button to save the pet emoji you have just created. For free. 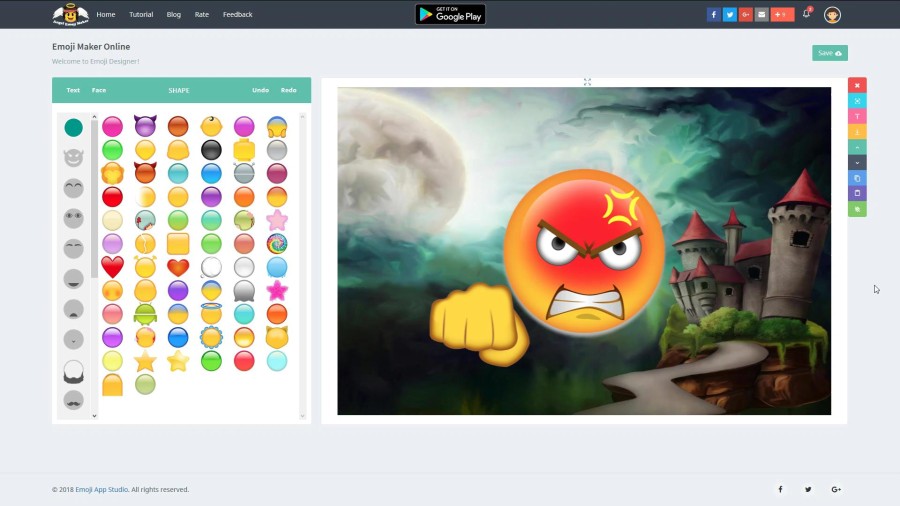 Have fun with your emojis!