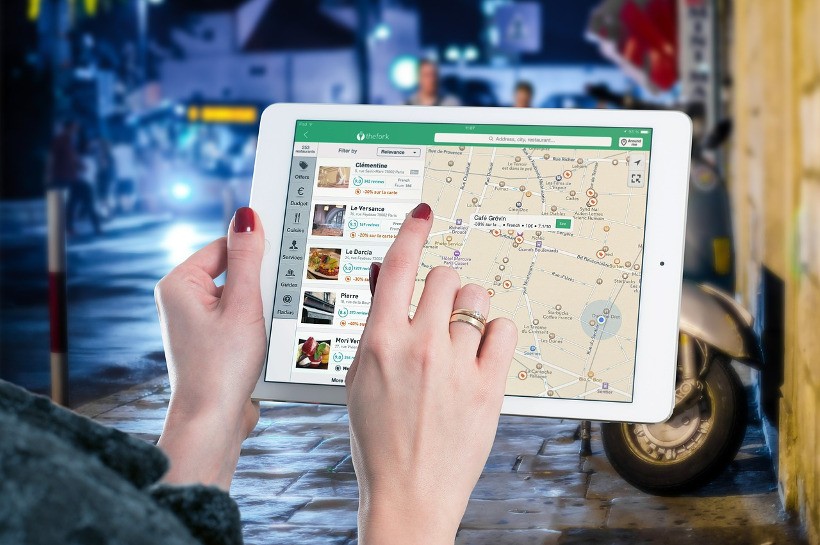 Map is probably not the kind of frequently-used app like social media or instant messaging. But, it’s very useful to prevent you from getting lost. With a map app you can find a location you probably haven’t visited before. Some apps also come with a built-in navigation to guide you there.

Google Maps is undoubtedly the first subject when we are in a talk about map app. But, for a or two reasons, you probably want to look for an alternative to it. Indeed, Google Maps is not the only map app out there. There are a number of similar apps which you can choose to guide you heading to the place you want to go to.

Not only end users who often use a map app. Developers also take advantage of a map app to develop location-based app by utilizing the APIs or SKDs of a certain map app. Whatever your purpose, if your are looking for an alternative to Google Maps, here are the options.

Bing Maps is probably the best alternative to Google Maps. Both maps have similarities in some ways. Just like Google Maps, Bing Maps also features street maps, 3D maps, driving or transit direction, traffic information and lots more. It’s also possible to embed a certain map to your website in Bing. The only downside, Bing hasn’t had a good mobile app like Google Maps. You can’t even find this map on both Google Play Store and Apple App Store. However, the web version of Bing is pretty cool and feature-rich. Not too different to Google Maps. For app developers who are looking for a Google Maps alternative, Bing Maps could the best option.

As yo can see from its name, Bing Maps is owned by Microsoft. The giant software company acquired Bing Maps, was formerly known as MapBlast.com in 2002.

Just like me here, most people might know Here as a navigation app on Nokia device running Windows Phone. It was.

The company of Here has actually begun about three decades ago. However, people still unfamiliar with the company until its map technology was used in Windows Phone-based Nokia smartphones. While most people probably only know Here WeGo on mobile device, the map is actually also available on web (wego.here.com). You can even search for a certain location via Here WeGo on your browser and send it to your phone using a QR code. In Here WeGo you can also turn your classic map into satellite mode. Here WeGo is one of the best options in terms of navigation.

While end user can use Here WeGo as a great navigation tool, app developers can take advantage of it to build an app using its API.

Okay, you might be wondering why Waze should be on the list since it is also owned by Google. The answer is quite simple actually. Because Waze is not Google Maps :).

Well, Waze is one of the most favorite app in terms of navigation tool. The tool is very accurate in directing you to the place you want heading to. Its voice navigation is also pretty cool and helpful. Waze is more than just a map app. It also provides a community of users who report real-time road incidents along their route. Waze is very helpful for those visiting a certain city and need to visit a certain place but have no idea about the route they should take. Most Waze users may think that the app only available for mobile devices. You can actually use Waze on web too (www.waze.com/livemap). 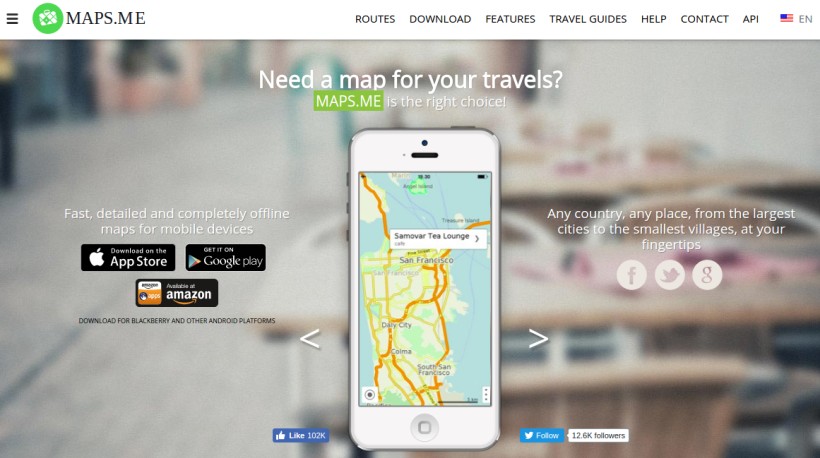 MAPS.ME is a map app specifically designed for travelers. The app only available on mobile devices and can be used without an internet connection. You can even perform a search in this map app when you not connected to internet. Not only helps you directing to the place you want to visit. MAPS.ME also gives you some recommendations of stores and restaurants.

The most interesting thing about MAPS.ME which will be a good news for app developers is that it is an open source app so you can do some modifications if you want it. The source code of MAPS.ME is available in GitHub.

If you are looking for a web app of map instead of mobile to replace Google Maps then Wikimapia could be one of the options. Even so, Wikipapia also available in a mobile app if you want to give it a try. Just like Google Maps and other map apps in the list, Wikimapia also features a satellite mode. If you click a certain location in Wikimapia you will see detailed information about the place, other than map of course. For instance, if you click a mall you will be informed what are inside the mall.

As of today, Wikipedia only offers maps. No navigation tool. But, it is a useful tool to find places like hotel, restaurant, hospital, school and more. API is also available for developers.

TomTom Maps is quite similar to Waze and Here WeGo in terms of use. You can use this app as a navigation tool when you have no idea about the place you want to visit. When you are working with your desktop, you can search for a certain location to get the direction to get there using the web version of TomTom Maps. Then, you can transfer the result to your smartphone. The feature looks simple but pretty helpful. While end users can use TomTom Maps as a navigation tool, developers can utilize the app to develop an app using their creativity since TomTom Maps also offers API and SDK.

TomTom itself is a Dutch company. It’s also an old player in the digital map market. The company has been around since 1991.

Yandex is Russian internet company with a number of services. Yandex’s services are similar to Google’s. Including Video (YouTube), Mail (Gmail), Translate (Google Translate) and Browser (Google Chrome). Other Yandex’s service to compete with Google’s is Yandex Maps.

Yandex Maps is pretty cool and has rich of features. Just like Google Maps, you can also search for a places in Yandex and get a direction to get there. Yandex also features a satellite mode though it is not as detail as Google Maps. One of the interesting things about Yandex Maps is its capability to measure the distance by dragging an imaginary line from a certain spot to another. Yandex is available on web, Android, iPhone and Windows. API is also available for developers.

MapQuest is a map app owned by Oath Inc, a company which also owns Yahoo and AOL. MapQuest is popular enough in the US. As of May 2015, MapQuest had the second-highest share of the online mapping market in the United States. Right behind Google Maps. MapQuest is available on both web and mobile. You can also take advantages of this app to get a direction of a place you want to visit. MapQuest is also an old player in the online mapping market since the company has been around since 1967. API is also available for developers who want to utilize MapQuest on an app they want to build.

Last but not least. OpenStreetMap is also a nice map app to replace Google Maps. OpenStreetMap — which was founded in 2004 — uses the similar concept to Wikipedia. Which mean, this is community driven site and intended as a non-profit project. The mapping data available on this are released under the Open Data Commons Open Database License (ODbL) by the OpenStreetMap Foundation (OSMF). You can use the data for free but giving a credit is required. OpenStreetMap may not have the fancy features of other apps in this list, but its concept and ease-of-use are its highlights.