How Google, Apple, and Facebook Use Your Private Information

HomeInternetHow Google, Apple, and Facebook Use Your Private Information

How Google, Apple, and Facebook Use Your Private Information 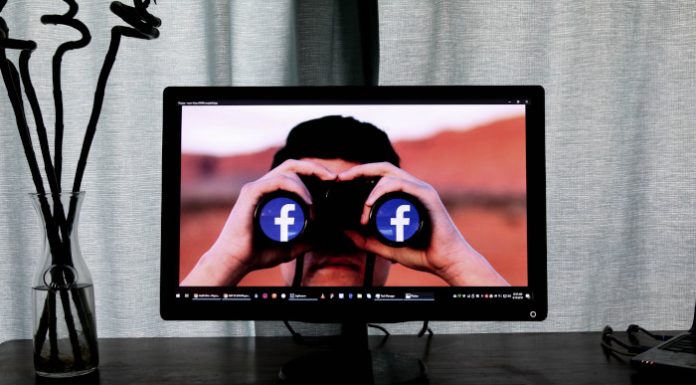 Though privacy is a relatively new concern among internet users, data collection is far from anything new. It dates back to the 1980s when data-based personalization was first employed by direct marketers in a quest to take their businesses to a new level. The advent of consumer internet in the 1990s only increased the data collection capacity of companies that continued unchecked to profit off user data. However, with more people voicing their concerns about data privacy now, the scenario is shifting.

1001 data breaches occurred last year resulting in the exposure of 155.8 million records as reported by Statista. This should give you a perspective on how vulnerable your privacy is. But is data breach the only way your privacy can be compromised? How do the tech giants like Google, Apple, and Facebook process and store the data you trust them with? Let’s explore that in the following paragraphs.

Let’s admit that we are flattered with the personalized, seamless experience resulting from Google storing our personal information – whether that’s getting tailored recommendations for what to watch on YouTube or being able to find your favorite destinations in Maps. But it helps to understand that before Google is an internet service, it is an ad company. It does that by collecting enormous data on its users to make sense of their browsing habits in order to understand their backgrounds, preferences, and lives.

It links its users’ online persona with the offline persona by employing data aggregation and analysis. Google’s revenue was 181.69 billion U.S. dollars in 2020 and search advertising accounted for most of it. AP ran a story in 2018 revealing that Google tracks users’ movement regardless of their preference for how their location history should be processed [or deleted]. Even though Google’s support page mentions that location history can be turned off, some Google apps continue to store time-stamped data in the background without even seeking the user’s permission for it. Shutting down of Google Plus in the aftermath of the discovery of a bug that gave access to the private data of its users to outside developers was deemed as Google’s worst crisis, considering that the said service was launched to rival Facebook.

What’s interesting is that Google’s privacy programs are just as sophisticated as its privacy breaches. Google has been an innovator when it comes to privacy technologies. One impressive example is federated learning which uses consumer data to train artificially intelligent models to provide seamless service like word suggestions but, at the same time, keeps raw data from being sent to Google servers. WIRED concludes it pretty nicely when it says “In this seemingly unshakeable cycle of improvements and gaffes, it’s nearly impossible to make a full accounting of Google’s user privacy impacts and protections”.

Facebook tracking your moves is nothing new. Facebook has always been surrounded by a cyclone of privacy-related scandals. The criticism has only spiked up in recent months as innovative technologies have come forward to protect and anonymize user data while Facebook sits about doing almost nothing. If you are one of the 1.3 billion users of the Messenger app, you might want to switch to something more secure as your conversations are not end-to-end encrypted like on WhatsApp, which is a grand security and privacy threat.

Facebook itself has admitted that it snoops on your conversations! Facebook, in fact, tells its 2.2 billion users to assume that their data has been compromised. Still, the much-needed security features that Facebook had promised two years ago do not seem to be coming anytime soon. Facebook analyzes Messenger conversations, in the same manner, it analyzes other public content on its network. The officially stated reason remains the prevention of abuse. Messages that violate Facebook’s community standards are taken down. Facebook maintains that it does not analyze chats to sell them to advertisers but the objection remains there: Facebook still has the ability to intercept and read your chats, and regardless of whatever use it may put this ability to, it still is a violation of privacy.

Apple may not be a “more moral” company than Google or Facebook but there’s no denying it wants to be viewed as one. Its 2019 public fight with Facebook, and subsequent grandstanding in a privacy conference in Brussels, went on to establish how it wants to be perceived as more sensitive towards issues related to user privacy. The story goes that Facebook paid teens to install a data-scavenging app on their iPhones that would give former access to their personal data. When the news became public, Facebook had to close the iOS program but Apple went on to punish Facebook further by revoking its certificate which had enabled it to distribute custom apps among its employees. The message it wanted to communicate, and which also is its official privacy tagline, was ‘privacy is a fundamental human right‘. But again, that is only how Apple wants to be viewed – as a guardian of user privacy in the digital age. But does this claim stand up to scrutiny? Let’s find out.

Apple continues to do business with Google and Facebook despite their several privacy breaches. It reportedly earned $12 billion from Google in 2019 by routing all web searches on Safari browser (which comes pre-installed on iPhones) through Google thus channeling enormous user data to the latter’s servers. Moreover, the Apple store distributes apps by both these companies. It is understandable why most of these apps i.e., Facebook Messenger, Google Maps, etc. are free – you pay them with your data, not money.

From our medical records to credit cards, much of our private information is stored online. There is no question about the need to keep our information secure. But it needs to be understood that privacy is a broader concern than mere accidental data breaches. It needs a critical review of how our data is handled systemically by the tech companies we entrust it to. The systemic flaws should garner far greater user backlash because the scale of data being misused through this channel is much more massive in comparison to what’s exposed in the aftermath of data breaches worldwide.

What Exactly is Ransomware — and How Can You Keep Your Business Safe?

Are You a Cybercrime Victim? 5 Steps to Take When Your Data is on the Dark Web