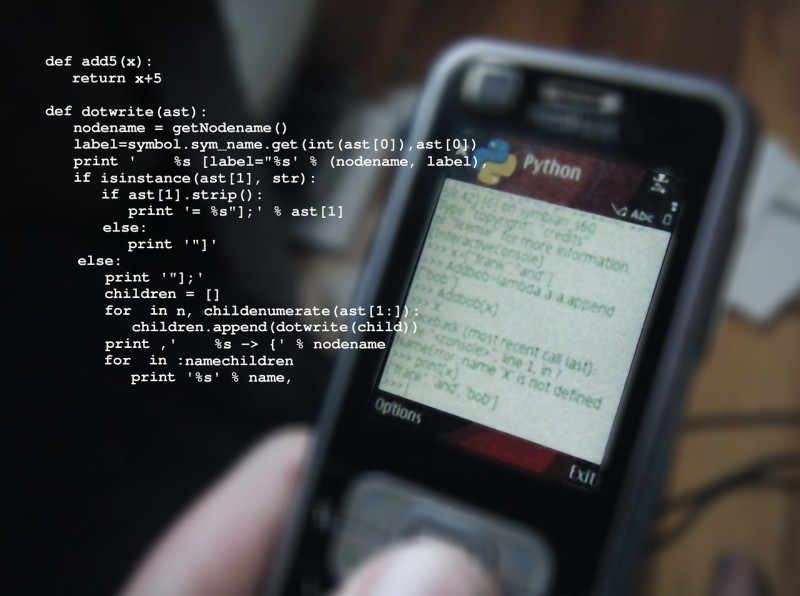 Python is the kind of interpreted language, which mean you don’t have to compile your code in advance to run it. You can run your code directly using a Python shell. Today, there are plenty of online shells to enable you writing and running Python via web browser, allowing your work be more flexible.

What if you are a new to Python and want to learn it online? There are some resources you can utilize too.

We have compiled some of the best online resources which enable you to learn Python online. In order to make your learning process be more flexible you can also utilize the online Python shell.

Well, the tutorial might less suitable for both intermediate and advanced Python programmers since it contains the basic theory of Python. However, the tutorial is useful enough for Python beginners who just to get started learning Python.

Learn Python, which has the URL of http://learnpython.org, is also a great resource to learn Python online. Same as the official Python documentation, you can also learn Python online through this website for free. This website is supported by DataCamp, an online course with the focus on programming language. Learn Python is intended for all Python programmers from various levels from beginner to advanced. Python beginners can learn such basic things as variables, lists, string formations and lots more.

One of the appeal things of Learn Python is that it features an online Python shell so you can instantly practice what you have just learnt. The site also comes in 7 different languages.

Codecademy is quite similar to DataCamp (the supporter of Learn Python) where you can learn several programming languages through the offered courses. One of the programming languages offered by this online course service is Python. The Python course offered by Codecademy has a structured syllabus so your learning process will be more organized. There will be some projects and quizzes to test your Python skill. It’s just, you will probably be prompted to take the paid course though some free courses are also available. Before being able to taking course (or accessing the free syllabus) you need create an Codecademy account first.

Just like the name suggests, Code School is the place where you can learn to code. One of the programming language you can learn on Code School is Python. The first thing you have to do to get started learning Python online on this site is creating an account. Once done creating an account, there will some online courses you can enroll, starting from free to paid ones.

The course materials on Code School is also vary. Whether you are a beginner, intermediate or advanced Python programmer, there are some courses you can enroll to improve your skill. Each course is handled by a capable tutor.

Google’s Python Class is tend to suitable for beginners. The class includes written materials, lecture videos, and lots of code exercises to practice Python coding. The material of Google’s Python Class was created by Nick Parlante working in the engEDU group at Google. Though the material is basically intended for beginner level, it doesn’t mean that upper levels can’t take advantage of it. Intermediate and advanced Python programmers might interested to try the exercises.

SoloLearn is another online course service with the focus on programming. There are not much online courses which offer certificate but, SoloLearn isn’t that kind of online course. When you complete the course you have taken, you will be awarded a Certificate of Completion as a trophy. SoloLearn offers a very structured module which is very good for newcomers who have no idea from where they have to start. The module is divided into several parts from the very basic to the more advanced level.

Just like other online courses, you need to create a SoloLearn account before being able to start to learn Python online. In addition to web, the course is also available for mobile devices, Android and iPhone.

For those who actively joining online courses the name of edX must be not too strange. This is one of the most famous online course services where you can enroll online courses for free (and also paid) to learn to new skill. One of the skills you can learn from edX is Python programming. There is a free Python course at edX you can enroll. The course if offered by Microsoft and is intended to beginner level.

The course will be handled by Eric Camplin, a senior content developer at Microsoft. Since the course is free, there is no bad to give it a try particularly if you just getting started learning Python.

Dive Into Python is a kind of online book which allow you to learn Python. While you can access the online version of the book, you can also turn it into a PDF in case you need it. You will be introduced to Python from zero to the more advanced level. Dive Into Python is a nice source if you want to be serious in learning Python. Since it’s not a course, you don’t need to create any account to start learning.

There is a free Python online course in Udacity which you can enroll to learn Pyhon online. The course will focus in helping you to be a master in the object-oriented programming which is very basic skill if you want to be a software engineer. This course is intended for beginners and will take about six weeks.