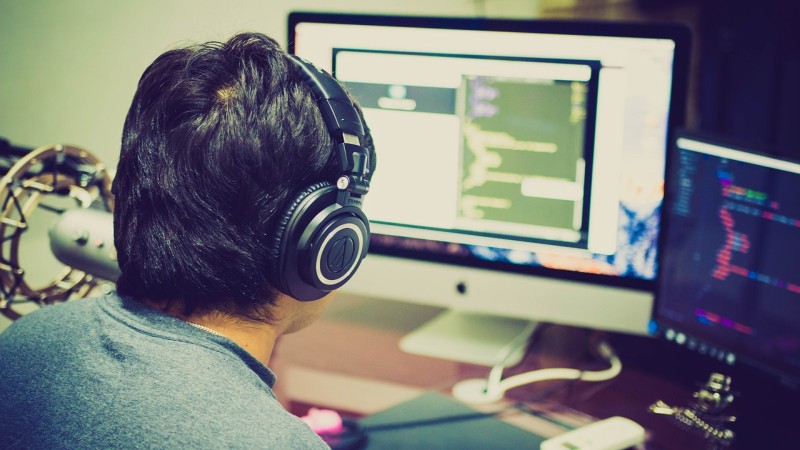 Commonly, those who want to write an app with Python will use a desktop-based shell or IDE. The huge minor of this kind of tool is that you have to stick in a single machine which is less good if you are a member of that kind of mobile persons. Plus, installing a desktop-based IDE usually need some additional settings.

If you want to be flexible, there are a number of online shells to assist you writing Python, whether to build a certain app or just to learn. You can run them instantly from web browser so you don’t have to install any additional app and, most importantly, you don’t have to stick in a single machine.

Here are some online shells and IDEs which you can use to write Python.

The first online interactive shell you can use to write Python is PythonAnywhere. Just like the name suggests, this site enables you to write Python from any location. All you need is a connected to the internet computer with web browser installed. One of reasons why you have to try writing Python with PythonAnywhere is that this tool comes with IPython. Haven’t heard about it?

IPython is an advanced Python interpreter. It’s a better alternative to Python’s default interpreter which supports tab completion, the ability to “see” the variables and methods of an object in real-time, read inline module documentation, and lots more. You can also share your projects with your friends and let them join your current project. So, you can also use PythonAnywhere as a collaboration tool. PythonAnywhere also powers the interactive shell at the Python official site.

Python Fiddle is a cloud-based IDE for Python. You can use this online tool for both building an app or getting started to learn Python. If you want to use this tool for learning Python you can take advantages of examples available on the left sidebar.

Just like other IDEs, Python Fiddle also comes with a number of features to enable you working quicker, including autocomplete which can lessen typo. Furthermore, you can also save your project online with this tool.

Repl.it is another online IDE that you can use to built a complex app or merely learn to writing Python. This tool is basically not specialized for Python. Other programming languages such as Perl, Ruby, C#, JavaScript are also supported. The Repl.it’s editor is really helpful. It’s not just support autocomplete. You can also import thousands of packages to make everything easier.

Repl.it also enables you to to save your unfinished works (called session) to be continued later. If you don’t like the default appearance of its editor you can customize by yourself by changing theme, font size, indent type and some other options.

If you don’t mind to deal with ads, then giving Ideone a try is not a fault. This online shell has a limited feature but it’s a worth enough if you want to write Python instantly from via web browser without having to install any additional app. Apart from Python you can also use this online tool to write other languages including C, Pascal, PHP, Ruby and lots more.

What makes Trinket different to other shells mentioned above is its capability to handle multiple tabs. This feature enable you to write multiple scripts in a single screen. You can then share your scripts to others via email or direct link. You can also share your scripts publicly in Twitter, Facebook or GitHub.

Trinket comes with two plans, free and paid. You can use the service for free as long as you want but it’s limited to Python 2.x. You need to upgrade your account to the paid one in order to access Python 3.x. The Trinket’s shell also supports full screen mode to take you away from distractions. 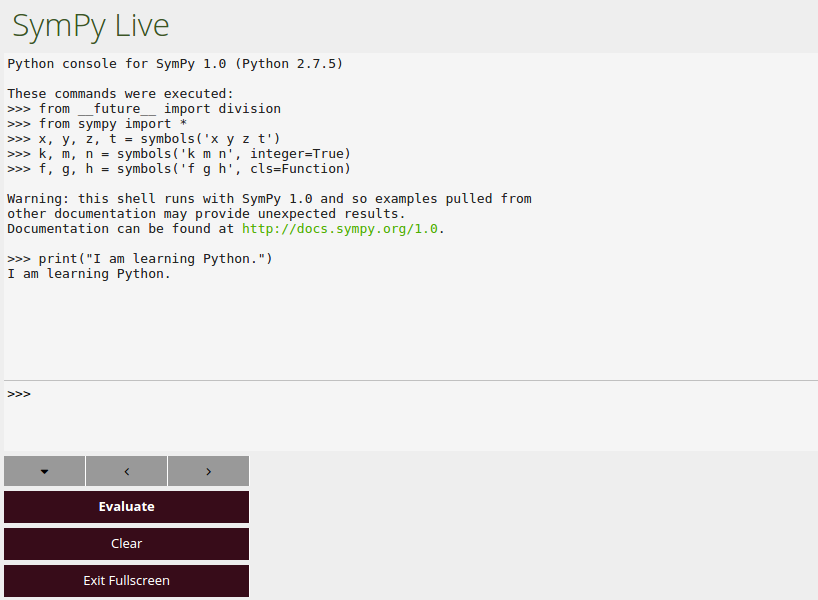 SymPy is basically a Python library for mathematics with the main purpose to become a full-featured computera algebra system while keeping the code as simple as possible in order to be comprehensible and easily extensible. Of course, this library is written in Python.

Tutorials Point also offers an online interactive in order to enable you instantly writing Python from web browser.  The Tutorials Point’s online shell is great to build a complex project since you can save your unfinished projects to be opened later. If you wish it, you can also share your scripts publicly via your social media accounts.

If you incessantly learn to coding these days chances are you have heard about Codecademy, one of the famous places to learn programming online. The site is not only gives you theoretical materials but also enable you to directly practice what you have learned by offering a Codecademy Labs, an online editor that you can use to write Python and other languages and run your written codes directly. The Python version you are going to write with Codecademy Labs is 2.7.2. 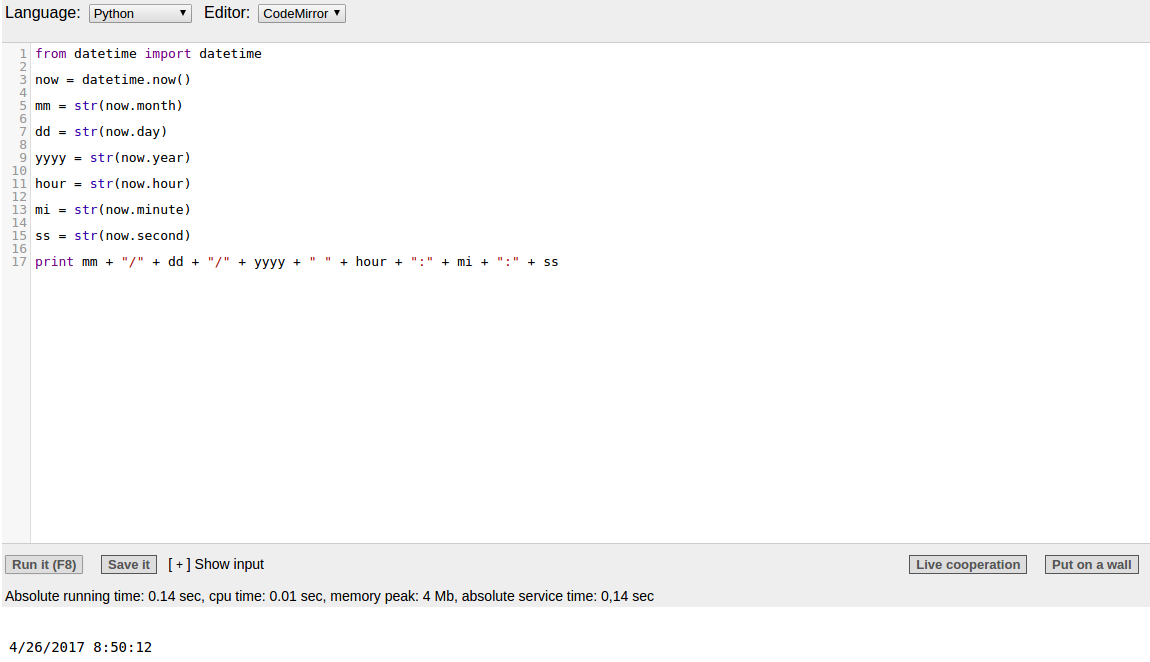 Rextester.com probably is not the best choice but if you are new comer in Python and want to learn to this programming language from anywhere, you can rely on this site. Rextester.com comes with a very simple iterface. You can execute your code instantly by pressing the F8 button in your keyboard. The site also allows you to save your code. You will be given a permanent link to access your codes.

A majority of the people have started working from home or remotely. Today, the rise in online communication has created virtual offices and classrooms...
Read more
Programming

The "model and improve" way is the code to unusual play form. Using what operates Implementing this study to mobile play development will assist you to...
Read more
App

Everyone has heard of Uber and there is a good reason too, Uber provides a quality service at an affordable price. However, with that...
Read more
Programming

Vue.js is a JavaScript library which is used for developing of the most simple web interfaces. Those who are creating projects in vuejs make...
Read more
App

The world today is no longer as it was five years back. There is rapid progress like work. Specifically, the pandemic sped up our...
Read more
Programming

Python for Data Analysis: What Can You Do?

Python holds a special place among all other programming languages when it comes to data analysis. It comes with a rich set of tools...
Read more