A Quick Guide to IT Networking Jargon

A Quick Guide to IT Networking Jargon 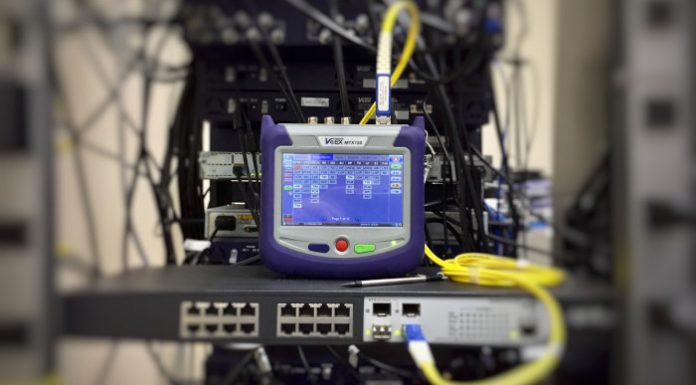 IT’s a tricky subject for business owners — as a central part most modern businesses, it’s something you need to understand — but you don’t necessarily need the kind of knowledge your head of IT would.

You almost certainly have an IT infrastructure — even if that’s just a series of internet-connected devices accessing shared resources on the cloud. At some stage, there’s a chance your business could outgrow your current set-up — meaning you’ll need to have more detailed conversations about what’s possible going forward.

Whether you’d just like a quick overview of what a few networking terms mean — or you’re looking for a solution to an IT problem and not sure what the solution might look like, we’ve listed a few of the most important IT networking terms, so you’ve got a better level of knowledge moving forward.

Although the term ‘application; has been hijacked a little by mobile phone manufacturers — it’s actually at home in networking conversions too. An application is any service you use to help run your business. Your accounting software is an application — as is MS Word, your CRM, design software — and so on. These are sometimes referred to as programs — and while someone in IT would understand what you’re getting at if you used that term — it’s not strictly accurate.

The term bandwidth describes how much traffic can fit through a connection at any one time. It’s useful to consider connections between devices to be like roads — the greater the capacity, the more traffic can pass along it without congestion.

Class of Service (CoS)

Class of service settings are extremely useful as your business grows and certain applications become more mission critical. CoS settings allow you to attribute greater importance to certain information crossing your network.

A device is any computer, phone, router, tablet, printer — or other pieces of hardware on your network.

Ethernet is a name given to a type of wired connection used to transport data between devices. Ethernet connections are fairly old now — but they’re still one of the most reliable and quick ways to connect devices.

A firewall is a piece of hardware or an application that checks data as it enters and leaves your network. It’s worth considering it to be an effective border control service that stops unwanted data from entering and causing you problems.

An IP address is a code that’s used to identify each of the devices on your network. Although IP addresses are often thought of as just relating to internet connections, they are actually attributed to each device on your network.

Latency is the name given to any delay that occurs as data is transferred across connections. Data is constricted by the speed of light — so there’s always a very slightly delay, even if it’s not noticeable to users. Latency becomes a problem when throughput outweighs bandwidth — meaning traffic is stuck with nowhere to go. Applications are designed to discard data when this happens — reducing latency times — but this can also degrade the quality of the data getting to the receiving device.

A MAC address is a designation that’s given to a device as it leaves the factory. While IP addresses can be changed, a MAC address cannot — so your laptop (for instance) will have the same MAC address from the moment you buy it to the day it’s recycled.

Devices have different ‘ports’ through which data can be sent and received. By prioritizing different ports, Class of Service (CoS) applications can ensure data that are traveling along certain paths can be prioritized over less vital information.

Different applications, programs, and devices use slightly different languages when they communicate with other, similar devices. Data is never sent as a whole block — so a protocol tells a sending device how to break that data down — and how the other device/application should rebuild the data into something that can be understood.

A router creates network pathways between an internet connection coming into your premises and the various devices that need to access the network.

Although we’ve picked out SaaS here — Software as a Service is one of many ‘aaS’ (as a Service) methods that exist for buying IT devices or applications. Until fairly recently, if you wanted a server or an application, you simply had to buy it from the provider — and, when it became outdated; replace it. Now though, many applications and pieces of infrastructure can be accessed online — so your business can effectively ‘rent’ or ‘lease’ use of it for as long as you need it and for as many users as you wish. This is how applications like Office 365 work — and many providers now even allow you to access hardware online — like Amazon’s enormous business storage servers.

An SD WAN system provides software that allows an IT team to control virtually all the elements of a network from one central application. SD standard ‘Software Defined’ — so you have a ‘software-defined wide area network’. The software unifies the different protocols your network uses to communicate and control devices — where you would once have to be literally hands-on with a device you wanted to alter or adjust. SD WAN offers a range of benefits over other control methods — but will almost certainly require a dedicated provider to install and run.

While ‘bandwidth’ describes the volume of traffic a connection can potentially carry — ‘throughput’ describes the amount that is actually being carried. If your throughput exceeds your bandwidth, you’ll find you have network problems — including slowed applications and connection difficulties.

A WAN is a wide area network — the name given to a series of devices connected over a geographical area. If you’ve got two offices and a connection that means your devices can communicate with one another, you effectively have a WAN. WANs can be fairly simple like this — or they can connect thousands of sites around the globe — comprising hundreds of different connection types and device types.