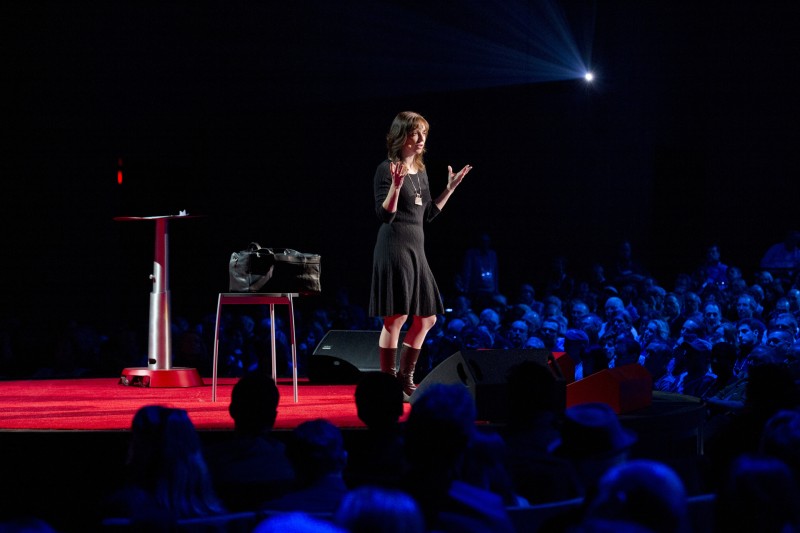 Creative people never stop looking for new ideas and ideas could come from anywhere and anything, including videos. On the internet there is TED Talks as the best source of inspirational talks and most of creative people already know this. TED Talks enables you join conferences online and the TED staffs will upload the talks of the conference in order to let all internet users get inspired too.

One of the good things of TED, other than its free access of inspirational talks videos, is that each video is available in several different languages so you can truly understand of what the speaker is talking about if your English is not too good.

Everyone knows (and agrees) that TED is the best source to get new ideas through video. However, it’s not the only site to offer free inspirational talks. Some websites like Big Think and Idea City also offer the same thing.

Whatever your reason, if you want to look for an alternative to TED, here are some websites you can visit to. 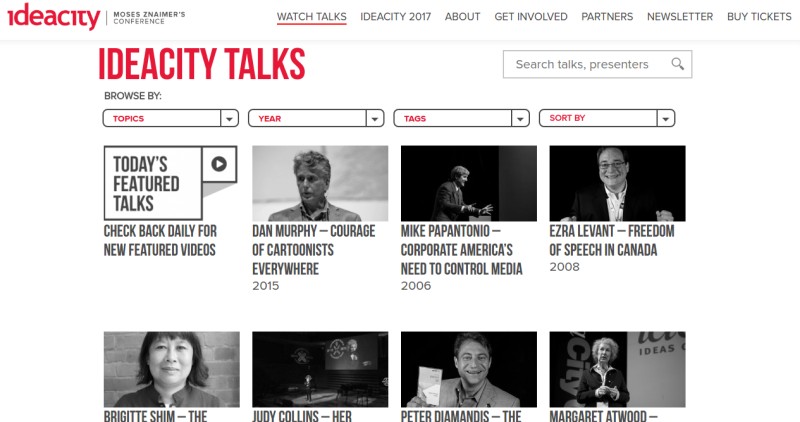 If you are looking for some talks videos of the conferences like you can find in TED Talks IdeaCity is probably the best option. It is pretty similar to TED Talks in its breadth of coverage and the kind of presenters who come from all walks of life. The uploaded videos at IdeaCity as neatly arranged. You can explore video talks by year, topics and tags.

IdeaCity itself is a three-day annual conference held in Toronto, Canada. The conference features talks from scientists, entrepreneurs, artists, scholars, activists and so on. The conference utilizes YouTube to share the videos 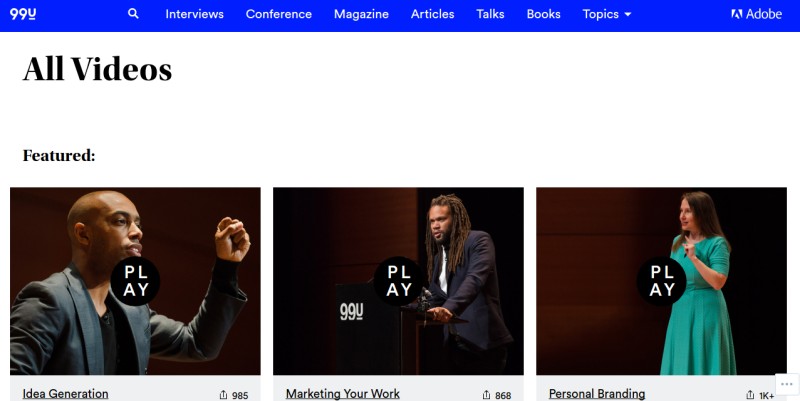 99U is initiated by Behance, an online portfolio owned by Adode. 99U has different approach in helping creative people around the world. Instead of giving you new ideas, talks available on 99U will help you to realize one of your good ideas. Because, having too much ideas will mean nothing as long as you have no effort to make it happen. Isn’t it?

Inspirational talks at 99U conferences are uploaded on Vimeo and you can watch them for free via the official site of 99U. 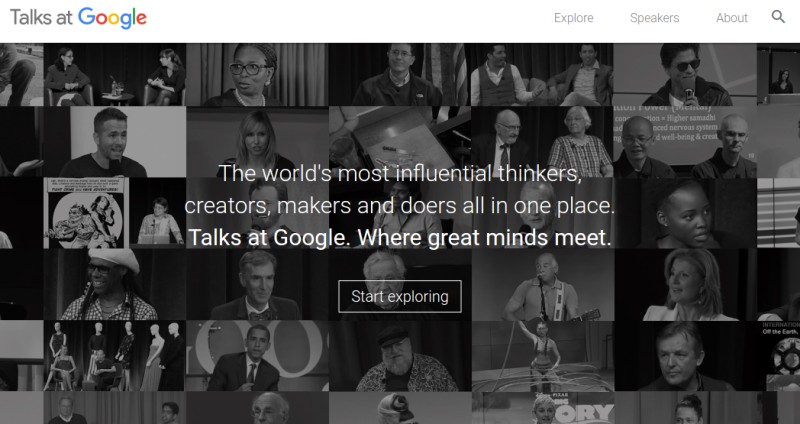 Unlike TED Talks where the speakers usually stand up in a stage to give their talks, Talks at Google tend to more relaxed. Talks at Google is an event organized the Google offices around the world. The event is intended to let you hear inspirational talks from influential thinkers, creators, makers and doers and get some insights from them.

Even though Google is basically a tech company but speakers in Talks at Google are not limited to the field. You can watch talks from various categories such as entertainment, business, science, politics, environment and lots more. Actors like Ryan Reynold the Deadpool has also given his talks in Talks at Google. 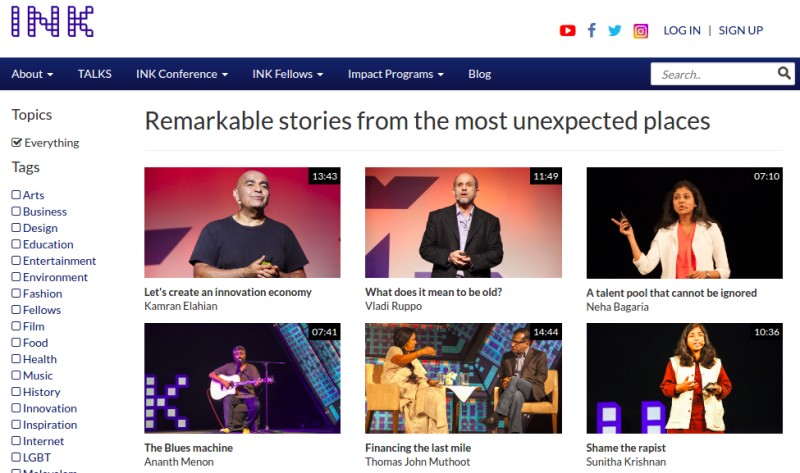 INK Talks is the TED Talks of India but, all the speakers at the conference speak in English. Creative people like you ca also take advantages of this site to get new ideas and insights. INK Talks also has some events to cover creative people share their creative thoughts. The events held by INK Talks including annual conference. 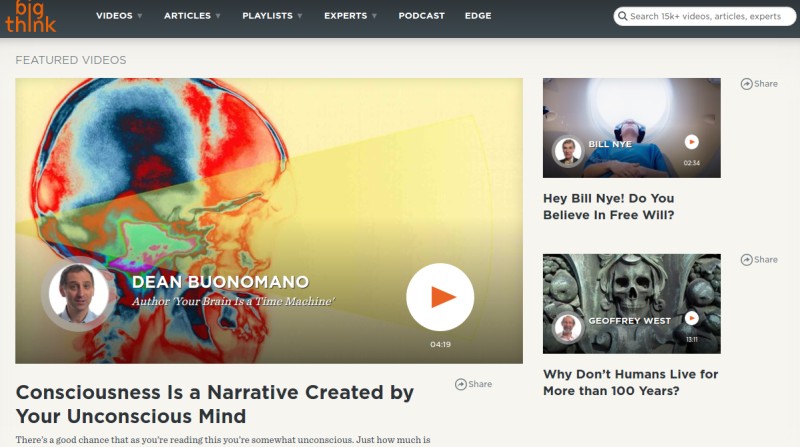 Big Think is not a global conference like TED, but the speakers who use the platform to spread “big ideas” are the who’s who of thought-dom. So, there’s no bad to visit the Big Think site if you are looking for some ideas on your spare time. Videos on Big Think are not too long with 5 minutes of average. They are mostly go directly to the crux of the argument. The videos are also vary from tech, relationship, culture and lots more.

The idea of The DO Lectures is very simple. They invite a set of people to come and tell what they did. The purpose is nothing but to inspire others do do their ideas too. The speakers at The DO Lectures might not have big names but they are really doers in every sense, who have taken their personal ideas to a higher level. This make the stories they share more relatable to the average people. The video talks of The DO Lectures are available in YouTube and Vimeo but, of course, you can also watch them directly from its official site. 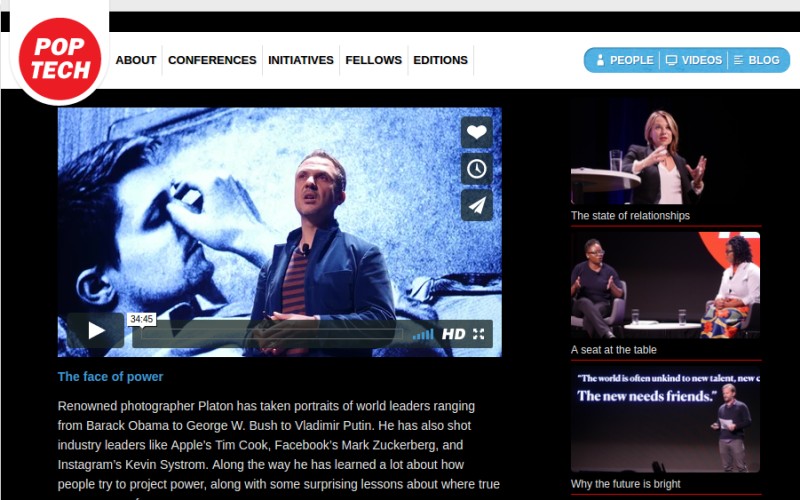 PopTech is similar to TED Talks when it comes to coverage. The site has also breadth coverage like TED but with a narrower focus. The focus of PopTech is to find the real solutions to immediate problems. PopTech describes itself as a global community of innovators, working together to expand the edge of change. Not as reach as TED in terms of content but it is great enough to get some new insight from the creative people.