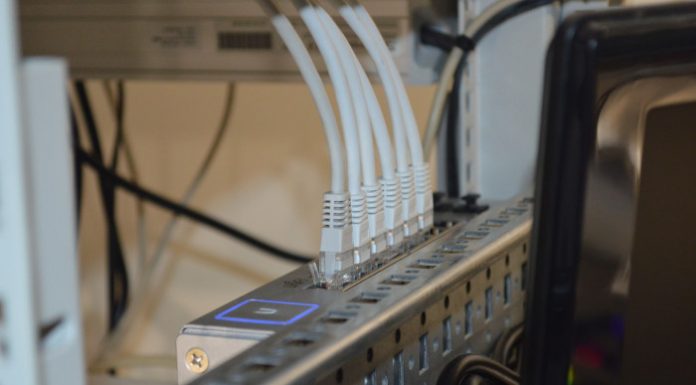 If you stay on top of all the latest networking tech, then you’ll probably have heard of SD WAN, or Software Defined Networking as part of a Wide Area Network – but knowing what it means is a whole different story!

Unfortunately, while there’s a lot of useful information out there on SD WAN – and ‘SASE’ – the combination of SD WAN and SaaS network security tools, there’s also a lot of exaggerated claims, misunderstandings, and just plain lies about what this technology is actually capable of. That’s why we’re here to separate the facts from the fiction and make it clear what SD WAN really is and how it can benefit your business.

If you want to know what SD WAN really is, you need to start by breaking down the acronym – let’s look at the WAN part first. A WAN is a series of devices connected over a geographical area of any size – the internet, for example, is a WAN. Within the business world, a WAN is usually a central hub that can hold the servers and other important infrastructure devices, in addition to a series of branches, offices, cloud services, etc.

Every one of these locations will probably have its own LAN (Local Area Network), which becomes a WAN when connected to the internet and then to the other LANs at other locations. The resources stored centrally at the hub (usually the main office) can then be accessed all across the WAN – this includes software, storage, security provisions, and more.

What Can SD WAN Really Do?

But SD WAN isn’t just straightforwardly a type of WAN – it’s actually an overlay for your existing WAN that allows you to access another layer of control options provided by a piece of software. This software is compatible with all of the devices in your WAN, and can replace the controls that can typically only be accessed by getting hands on with the device itself.

This means that you have control over your network devices no matter where in the world you are – definitely an exciting prospect for IT professionals who have to travel frequently between offices for network maintenance. It can even benefit more than just your tired IT staff, but before we get too excited, let’s go through some of the loftier claims around SD WAN:

If your business relies upon Software as a Service (or SaaS) applications, then you might find SD WAN helpful, as it means you have a central hub where you can make sure all of the satellite operations are accessing the same application with the same priority and speed afforded to the data.

With real time applications, you have to always ensure that they’re running at their maximum potential, especially if end users or customers are using them. Because SD WAN can allow you to spot and solve networking issues without the requirement of someone on site, you can keep your business up and running at the most vital times. If you don’t use these applications, you may find SD WAN less helpful, but if you do, you could potentially save thousands in downtime costs.

Lots of people are hoping that SD WAN could spell the end of MPLS, a data carrying technique currently favoured by businesses who need to make the most out of a busy WAN. Used in the highest performance networks, MPLS (or Multi-Protocol Label Switching) functions by dynamically altering the paths and priorities of different types of data, allowing more mission-critical applications to run more smoothly, with less important applications taking the hit instead during busy periods. Basically, if you rely on a particular application, MPLS can constantly monitor traffic to ensure that the data going to and from that application can travel through the network unhindered.

SD WAN can provide a similar function with its managed CoS (Class of Service) system, which can assist in prioritising traffic. But MPLS works as a part of your infrastructure, while SD WAN only provides an overlay – this makes a world of difference when it comes to the network changes you can actually make.

In fact, it’ll probably be quite a long time until we can completely get rid of expensive MPLS systems – let’s hope that our reliance can decrease sooner rather than later.

If you’ve ever had to deal with the pain that comes with expanding your network to a new site, the idea of being able to instantly get new locations sounds like a dream come true. However, as much as we wish this was possible, SD WAN can’t quite make it a reality.

Because SD WAN only provides an overlay for an existing network, you need to make sure that the hardware and connections are in place; if not, then your SD WAN has nothing to work with. If you have someone there who can get the physical devices set up, SD WAN can be handy, but otherwise, you’ll still have to deal with installation times.

Many SD WAN providers like to brag about how the tech can provide a superior quality of service when compared to other WAN management techniques. In reality, this is closer to an advertisement than an unbiased fact …

SD WAN solutions might be able to improve your quality of service, but you’ll likely be able to make these changes in other ways without committing to this new technology. Whenever you’re wanting to improve your network, you should begin by looking at it on a hardware level – making your existing network as efficient as possible will always be the best first step that you can make.

How Can SD WAN Benefit Your Business?

Every business network is different, and that means that SD WAN will help each business in a different way. For example, while you may not be planning on expanding to new sites anytime soon, you might have some SaaS applications you rely on, in which case SD WAN might be useful.

Before you decide whether to implement SD WAN into your network, you’ll need to do some more research on both its abilities and its limitations. The level of help you’ll find from SD WAN is also highly dependent on how your network is currently operating; for instance, if you currently hire the services of an MSP who are constantly finding and fixing issues, you might not see much of a difference if you bring SD WAN into the mix.

On the other hand, if your IT team is overworked and always having to move between sites, then you might have happier staff and improved productivity if you decide to bring in SD WAN.