Why the Internet Should Be a Utility

HomeInternetWhy the Internet Should Be a Utility

Why the Internet Should Be a Utility 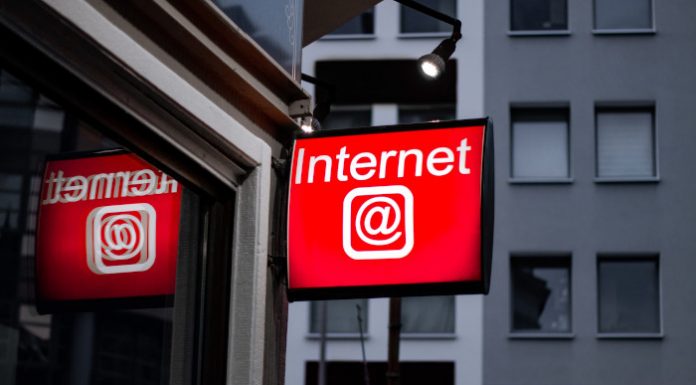 Many websites are localized. But people in the Western world might not have noticed the content bubbles we live in before GDPR made most websites annoyingly detailed about serving Americans and Europeans differently. This wasn’t news to internet users in third-world countries who often resort to using US proxies to change their IP addresses just to get the same treatment on Western websites.

While GDPR is generally regarded as a good thing, there are very good reasons for us to be wary of any efforts to divide the internet into chunks and serve it up piecemeal to users. In fact, many of us feel that we should go further and make the internet a utility on par with water, gas, and electricity.

The Importance Of A Free Internet

It is hard to overstate just how significant the internet has been to human development. Because it’s such a common part of our lives, people don’t think about the wonders of their internet connection any more than they do about the many innovations required to bring drinking water to their taps. The internet enables us to communicate with one another instantaneously, irrespective of the distance that separates us. This has had profound implications for our society and the way that we approach politics. When the internet works as intended, it provides an easily accessible repository containing just about every single thing that human beings have ever known or discovered.

In the Western world, most of us have unfettered access to the internet. There are some countries like the UK that, seemingly against all common sense, have chosen to force national internet providers to block certain websites. But while we can all understand why there are blocks in place for illegal or harmful content, the majority of people in the Western world would find it unconscionable to block off large portions of the internet for political or social manipulation reasons.

Unfortunately, this is not true all over the world and there are many countries whose citizens are subject to some serious restrictions on their online activities. If you go online in the United States or Europe, you can log into your social media and post a long well-thought-out rant about your government. You can even go online and post a simple and succinct message expressing your desire for your current head of government to eat a variety of things that should never be eaten just because you don’t like their policies.

Just as the president is, apparently, allowed to go on television and advocate that people drink or inject bleach into themselves as a health measure, free use of the internet in liberal democracies means that we are all able to speak our minds.

It’s all very well talking in hypothetical academic terms about internet freedom when you live in a country where internet use is virtually unrestricted. However, whenever we have this conversation, it should be remembered that there are large parts of the world where internet access is not free and where people’s usage of the internet is closely monitored.

There are four countries in the world that particularly stand out for the aggressiveness of their internet censorship. Those countries are China, Russia, North Korea, and Eritrea. In the case of both North Korea and Eritrea, they are remarkable for the lack of internet access that they provide their citizens, with the vast majority of the open internet being blocked off to them.

Both China and Russia allow their citizens to access the internet, albeit with significant restrictions. Russia maintains a national database of websites that are deemed inappropriate and which Russian internet service providers are legally obligated to block access to. On the other hand, China’s infamous great firewall means that it can monitor all incoming and outgoing traffic and prevent citizens from accessing anything deemed to be unsuitable.

When websites exist solely to distribute copyrighted content or they are involved in the distribution of child pornography, no rational person would object to them being blocked. However, there are plenty of governments around the world who wish to restrict their citizens’ access to anything that might paint them in a bad light. Wherever you are in the world, you need to ask yourself whether you trust your government to block websites appropriately. Remember, once access to a website is no longer possible, it becomes much more difficult for anyone to verify whether it has been blocked in good faith.

It’s easy to point at countries like China and North Korea and decry their authoritarian tendencies, especially from the comfort of a liberal western democracy. However, it is vital that we don’t become blind to the censorship taking place on our own soil. When websites are blocked in western nations like the UK, it is because they distribute illegal content, be it copyrighted material, child pornography, or recipes for homemade explosives.

However, all of these things are already illegal and their production and distribution are covered by existing laws. As a society, we need to ask ourselves whether we are willing to grant our governments the power to restrict the content that we access online.

The only way of ensuring that we retain our free access to the internet is to make internet access a human right. We should give internet access the same legal protections afforded to our access to electricity and water. Of course, no one is going to die because they can’t go online at home. Yet it is a deliberate distortion of the modern world to pretend that someone without internet access has the same opportunities, access to knowledge, and general quality of life as those with an internet connection.

An IT Leader’s Guide to Negotiating with Internet Service Providers