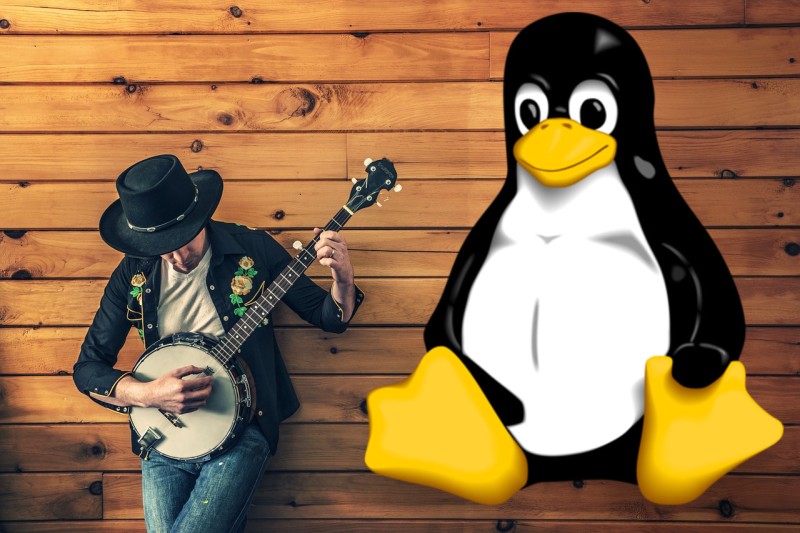 Music is the most common kind of entertainment in the computer industry. Most people listen to music every time they use their computer. Linux is probably not the best platform in terms of music but it has a number options of music players you can choose from.

Basically, most music player apps for Linux are not intended specifically for Linux. Audacious, for instance. Apart from Linux, the music player is also available for Windows. But indeed, there are some that are developed only for Linux. Rhythmbox is one of the examples of that kind of app.

So, if you are a not a Linux user and want to migrate from your current platform and want to switch to Linux and wondering is there a decent music player on Linux, you don’t need to worry about this it at all. Below are the best music player apps for Linux. 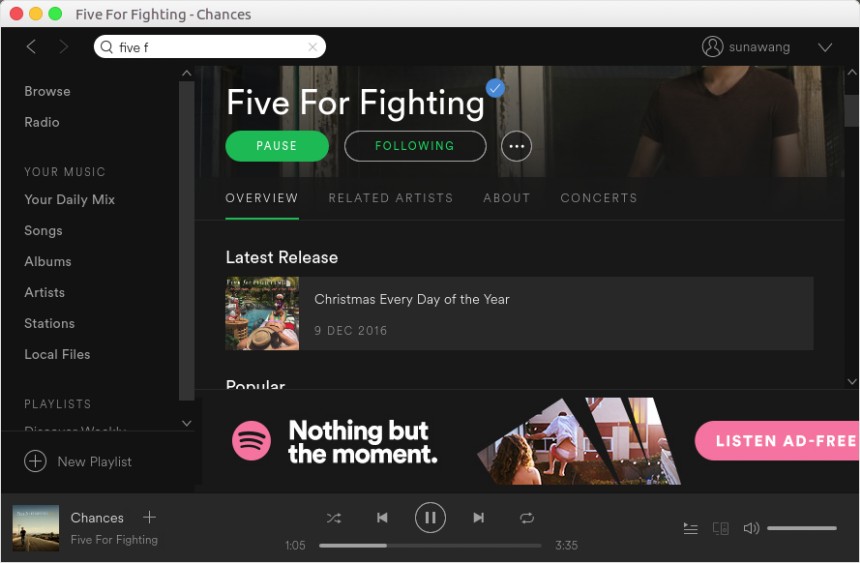 Most people agree that Spotify is the best music streaming service. One of the best things of Spotify — other than its complete music collections — is that it’s available for all platforms, including Linux. Spotify provides Linux users an official app to enable them stream their favorite songs without having to open a new tab in web browser. Unfortunately, the app is currently only available for Debian-based distributions. Other minor, Spotify app for Linux is very memory-hungry. But, I think it’s not a big problem since most current laptops comes with a higher memory.

You can listen unlimited songs from Spotify even if you stick with your free account. Spotify app for Linux also allows you to play local files. Actually, there are more things you can do with this app. 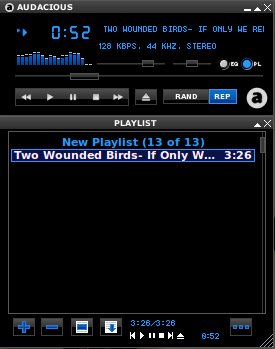 If you prefer to use a simple music player instead of complex ones like Spotify, Audacious is the best stop. The Audacious interface is pretty similar to classic Winamp’s. It’s very lightweight an uncomplicated. Audacious is basically offers you two options of interface. Other than Winamp classic, you can also apply the GTK theme, depend on your current mood.

As mentioned earlier, Audacious is not specifically available for Linux. Windows user can also use this simple music player. 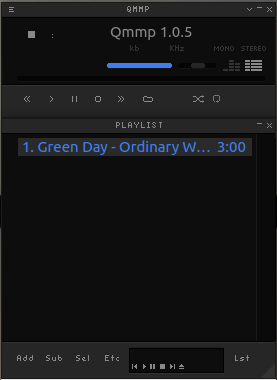 Qmmp is a “twin brother” of Audacious. They both have a very similar interface with a default theme of dark. Just like Audacious, Qmmp is also very simple and uncomplicated. There is no other task can be done by Qmmp except playing music. If you are a fan simple music player and want to look for an alternative of Audacious, Qmmp could be the best option.

Most Linux distros have included this music player on their repository package. Windows users can also give this app a try since it’s also available for Windows. Qmmp is built using Qt. 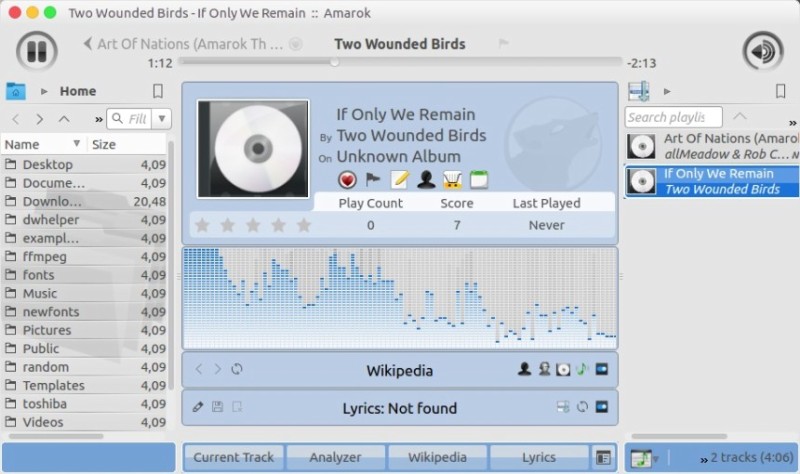 Amarok is a part of KDE desktop environment. So, if you are using a KDE-based distro you don’t have to install this app anymore since this app must have installed on your system. Even so, Amarok is not only available for KDE. Other desktop environment can also use this app. Even Mac and Windows users can also install this music player on their system since Amarok also provide their app for both platforms.

Amarok has a sleek interface but, like Spotify, it is less friendly for low-spec computers. It consumes more memory than Audacious and Qmmp. However, if you need a music player with more features Amarok is one the best choice you can pick. 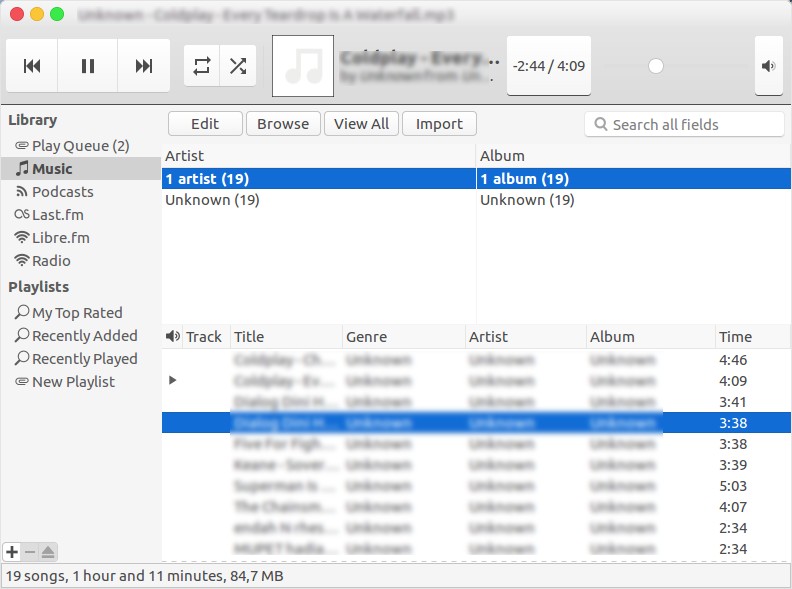 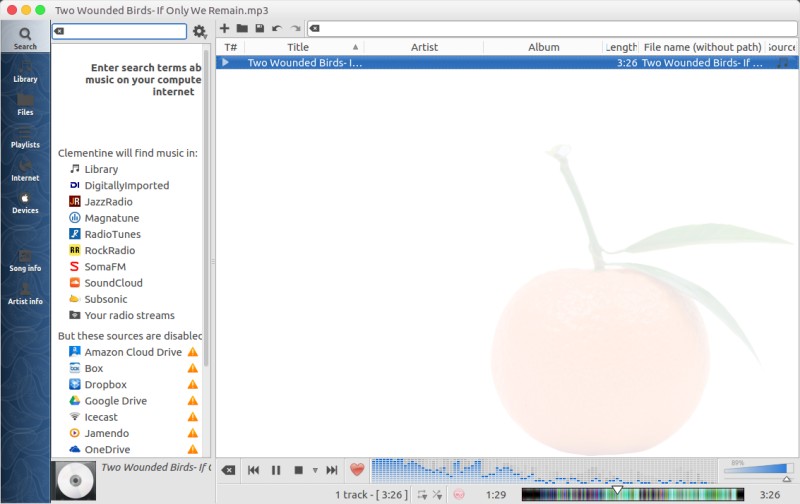 Clementine is also a great choice for those looking for cloud music player for Linux since it is capable to play songs stored in the cloud storage services like Google Drive, Dropbox, OneDrive and Box. Clementine itself is written in Qt. It’s a cross-platform app. Windows and Mac users can also use this player. Listen to internet radio is also possible with this app. 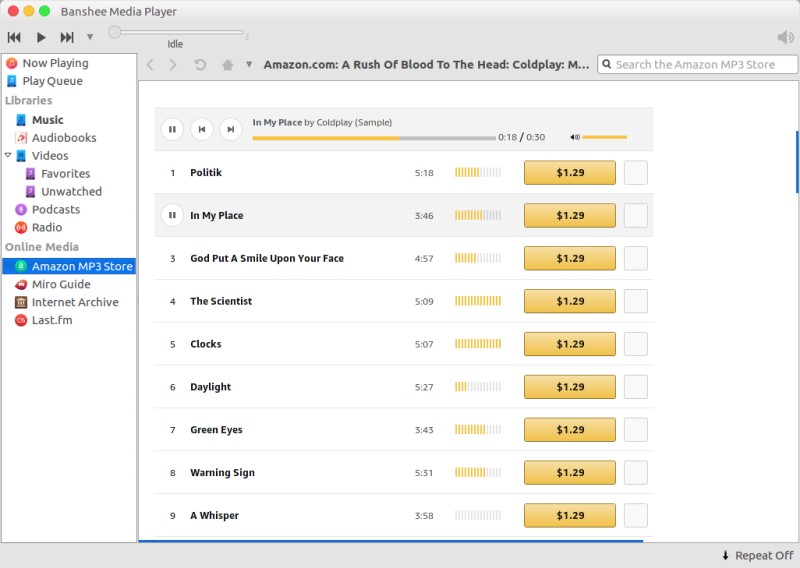 Last but not least. Banshee is another music player you can install on your Linux system. This is a feature-rich music player with some capabilities from play the music, listen the internet radio to buy MP3. You read it correctly. You can buy MP3 files (from Amazon) directly from Banshee. There is a search bar to let you search for songs you want to buy.

Banshee is another music player built with GTK. It uses Gstreamer backend. Other than Linux, the music player is also available for Windows and Mac.