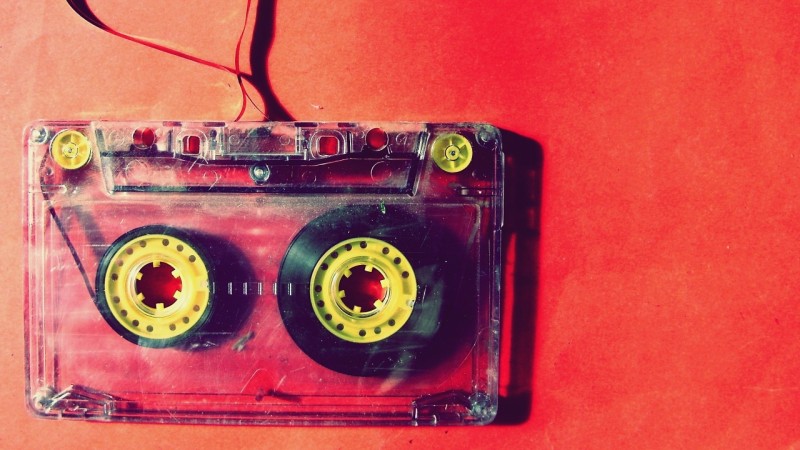 Despite we are now entering the music transformation with the massive growth of streaming music services like Spotify and friends, there are some people who think “out of the box”. Some seasoned Linux users remain comfortable by preserving the old-fashioned way in listening music. Instead of streaming music app (or GUI based app), they prefer to use a CLI based music player.

Probably, the other reason why they prefer to use CLI music player is due to the low-spec of the computer they use. With the absence of graphic interface, a CLI music player requires lower computer resources to run. Whatever your reason, enjoying favorite songs on the terminal via CLI music player can deliver such a fun experience. Plus, you can recall the past when you were became a new Linux user where everything is all black and white.

Here is the list of top 5 CLI music player apps to recall that fun moments. 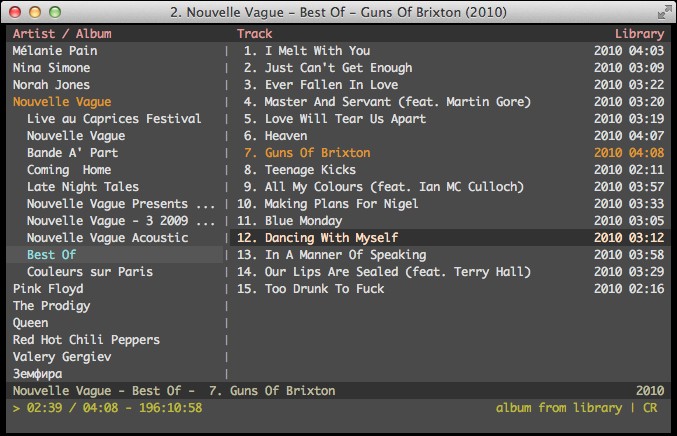 Cmus is one of the most popular CLI music player. Built using ncurses, this music player also can run on such other platforms other than Linux as FreeBSD, macOS and OpenBSD. As a command line-based music player Cmus is complete enough. It has so many features but you need to dig deeper to find them all. You can find all of the Cmus features and capabilities by typing the “7” button on your keyboard. You will see so many options there.

Cmus is capable to handle common formats including MP3 and OGG. Vi text editor users will love this music player so much since Cmus uses Vi-like keyboard shortcuts. Cmus was written in C and released under the GNU General Public License. The music player has been around for years since 2005. Major Linux distributions has added this music player to their software repository package. Ubuntu has even made this audio player as one of its default app. 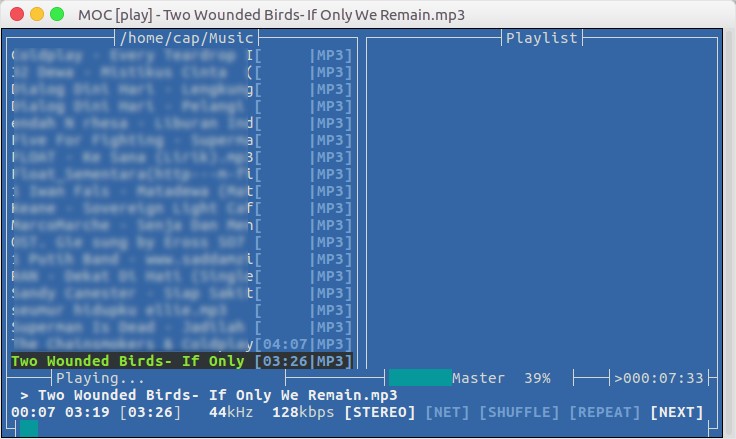 Moc — which stands for Music on Console — is older than Cmus. This CLI music player for Linux was firstly launched in 2002. Moc was also written in C and built using ncurses. It was originally written by Damian Pietras and is currently maintained by John Fitzgerald. The interface of Moc is quite similar to Cmus where you will see two panels, left panel to browse the music files and right panel to display the playlist.

Moc is easy enough to use. If you have used Midnight Commander (a famous command line-based file manager) then you will meet no serious problem to use Moc. The Moc interface is inspired by that file manager. It also supports such audio formats as MP3, OGG to WAV. Major Linux distributions has also added Moc to their software repository package. If you are a Ubuntu user you can install this music player by typing the following command. 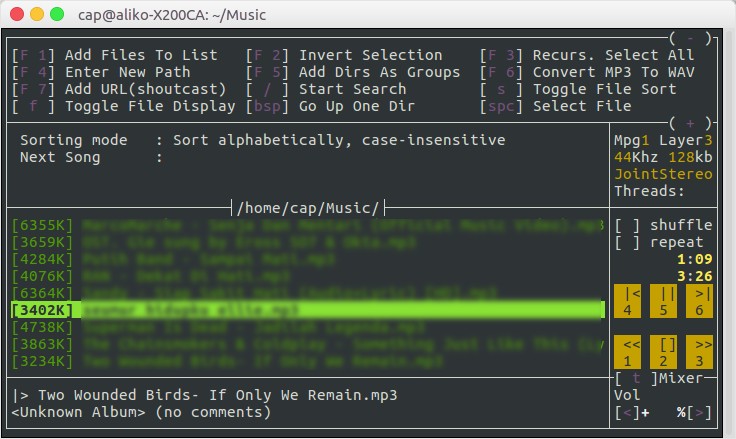 Mp3blaster is another CLI music player that was built using ncurses. Apart from Linux, this app also run seamlessly on other UNIX-like platforms including both FreeBSD and OpenBSD. For CLI fans, the user interface of this app is sleek enough. GUI fans won’t also meet any serious problem to use this app since its interface is clear enough. There are several shortcuts you can use to operate the app and they are displayed in its interface. For instance, you can use the 5 button to pause the currently playing track.

Mp3blaster was written by Bram Avontuur. This app relies on mpegsound library to run. Popular Linux distributions like Ubuntu has also added this app into their software repository package so you can install it easily to start having some fun with your favorite songs. Ubuntu users can install this app by running the following command.

Mpg123 is the oldest CLI music player in this list and it’s probably the oldest audio player for Linux. This app has been around before 1999. Unlike three music players mentioned earlier above which has a GUI based-like music player, Mpg123 is purely command line based. No playlist is offered. No even file browser. You can only play your songs one by one using this app. The standard usage of Mpg123 is by typing mpg123, followed by the full path of the file you want to play.

Mpg123 was written in C by two authors Michael Hipp and Oliver Fromme. Mpg123’s decoding library, libmpg123 is used by several GUI-based music players — including Audacious — for MP3 playback. Popular Linux distributions has also added this app to their software repository package but it is probably not installed by default. Ubuntu users can install this app by running the following command. 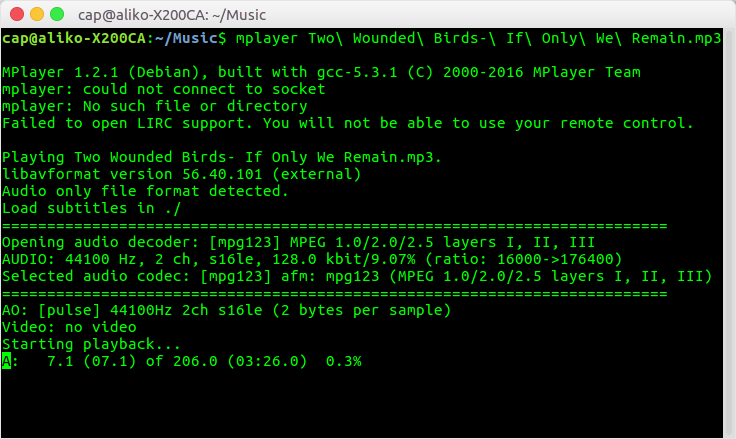 Unlike four apps mentioned earlier above which built specifically to handle audio files, you can also take advantage of Mplayer to play video file. You can even install the GUI version of Mplayer if you wish it. Mplayer is quite similar to Mpg123 in some ways. You will also see neither playlist nor file browser. This CLI music player was designed to handle a single file. Mplayer itself was written in C and released firstly in 2000. One of the oldest multimedia players for Linux.

Same as Mpg123, standard usage of Mplayer is by typing the mplayer on the terminal followed by the full path of the file you want to play. Ubuntu and other Debian derivative distributions can install this app by executing the following command.