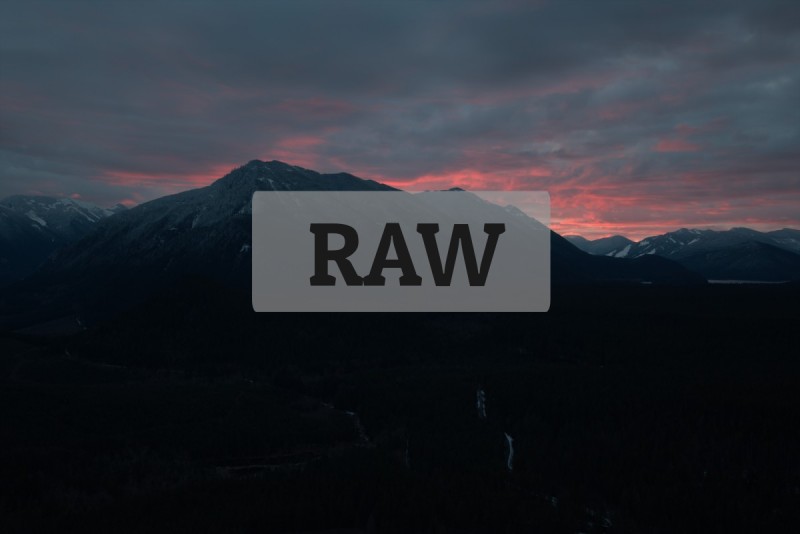 Most photographers still have some doubt taking RAW photos as they don’t want to be bothered in the editing process. Unlike JPEG, a RAW file requires more touches before it’s can be opened using regular photo viewers. You need to transfer and edit a RAW file to a portable format (JPEG) in order to make it viewable. The problem is, not all photo editors have the ability to open and edit a RAW photo.

Photographers who use Windows and Mac commonly use Lightroom to open and edit RAW photos. What about Linux?

Just like usual, Linux has so many alternatives to proprietary softwares. RAW editor is no exceptions. But, before heading to the list, let’s have some talk about RAW.

What is RAW photo?

In photography, we know some file formats like JPEG, TIFF and RAW. The last mentioned is the best option if you want to produce a better photo. The only problem is that a RAW file need to be processed first before it’s ready to use. The good point is, the photo quality remains good even if you have been editing a certain RAW photo over and over. The different story goes to JPEG. A JPEG file will lose its quality every time you open it, make adjustments, and save again. That’s why duplicating the original image is highly recommended when you want to edit a JPEG file. Why this can happen?

Most RAW files are recorded in a proprietary format. Each camera brand has their own RAW file extensions (visit here more info).

Back to our topic. In Linux, we have some options of RAW photo editor. If you are on the pursuit of RAW editor in Linux, here are the best options you can pick. 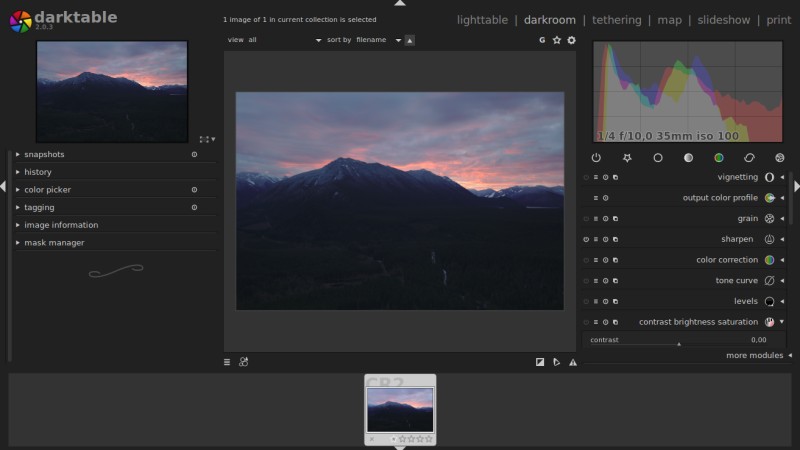 If you are looking for the best alternative to Adobe’s Lightroom, Darktable would be the best choice. The two have similar interface with dominant black. The only different is in price. Darktable is completely free of charge.

At first you may will have some problem operating Darktable as it has lots of different tools full of sliders, drop down menus, presets and options. In Darktable, tools are called modules. Darktable covers all of the basics like white balance, exposure, curves, shadows and highlights. 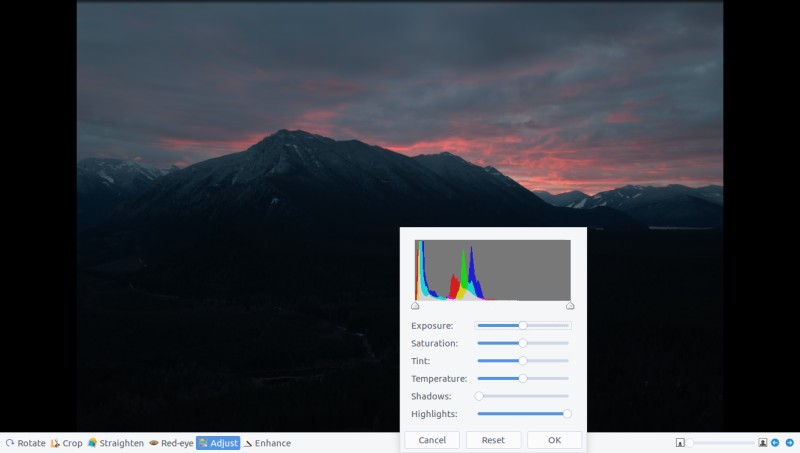 Shotwell is known as a photo viewer in Linux. But, viewing photos is not the only thing that Shotwell can do. You can also use this tool for editing photos. It has a very simple interface and so lightweight. RAW is one of file formats that can be edited using Shotweel. Same as Darktable, this tool also covers some basics like exposure, saturation, shadows and lots more. You can also convert your edited RAW photo to other format like JPG, PNG or TIFF. 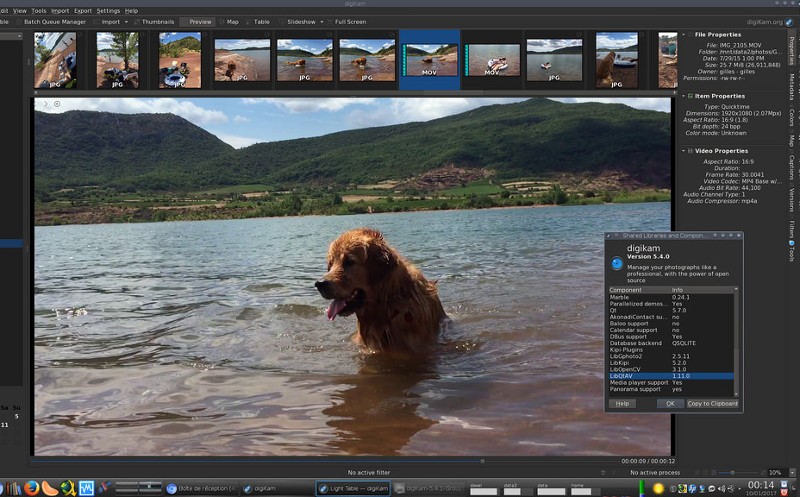 In the Linux scope, Digikam is widely known as a photo manager, a bit similar to Darktable. It also comes with a dominant black interface like common photo editor. You can also use this tool for viewing and editing your RAW shots 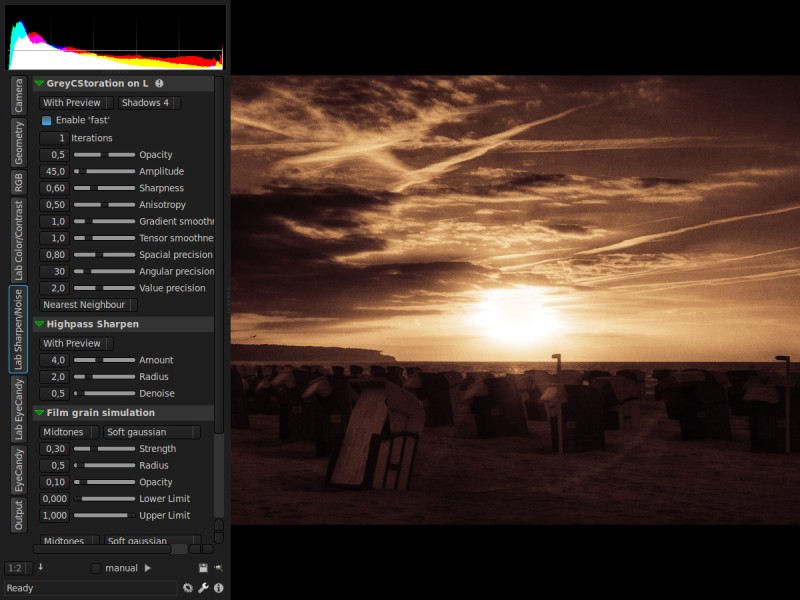 As described on its official site, Photivo is capable to handle RAW photos as well as other format like JPEG, PNG or TIFF. If you have been a GIMP user for a long period then you will love using Photivo. This tool can be integrated with GIMP using a plugin. You can send your modified photos directly to GIMP for retouching, with correct EXIF data and colour profiles. 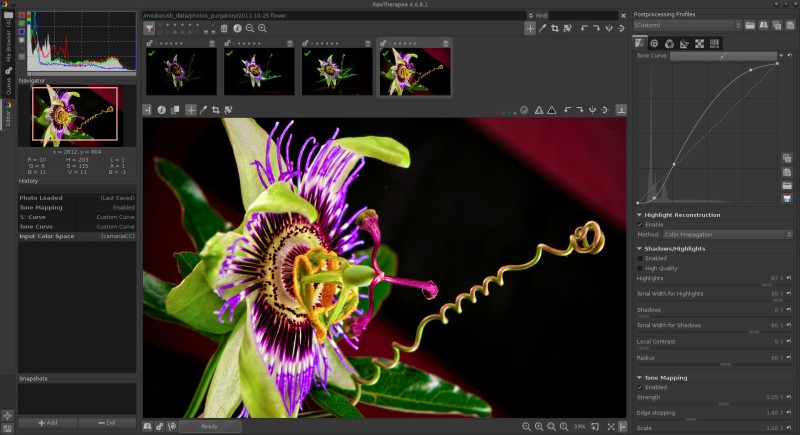 Raw Therapee is a cross-platform software. You can install this tool on your Mac and Windows machine. Sure, Linux is also supported because this is a free software. RAW Therapee is a great tool to handle your RAW photos as as well as other apps mentioned above in the list. Nearly all Linux distros has included this app in their app repository. Rawtherapee comes with a 96-bit processing engine. It also has several tools to enhance details including unsharp mask, RL deconvolution and contrast by detail levels 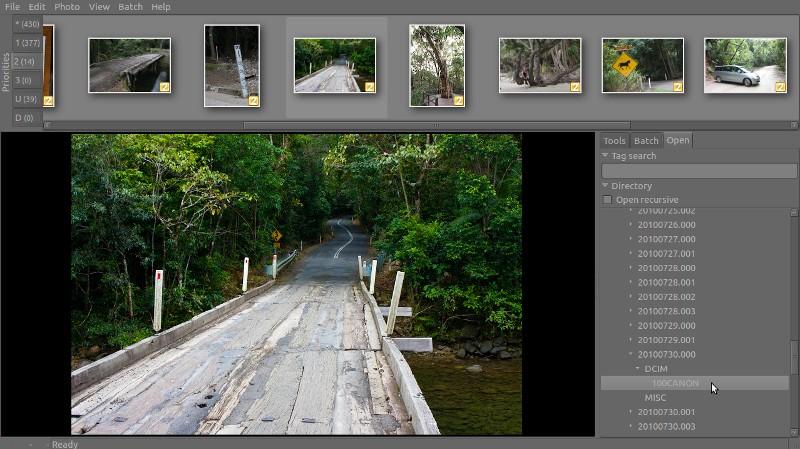 It’s easy to guess what this app can do by reading its name. You can use Rawstudio as the first touch tool of your RAW photos. The main purpose of this tool is to help you to review and process multiple images in a matter of a few hours. Once you have made overall image adjustments to your images, you can use an image editing application — like GIMP — to further work on your images. 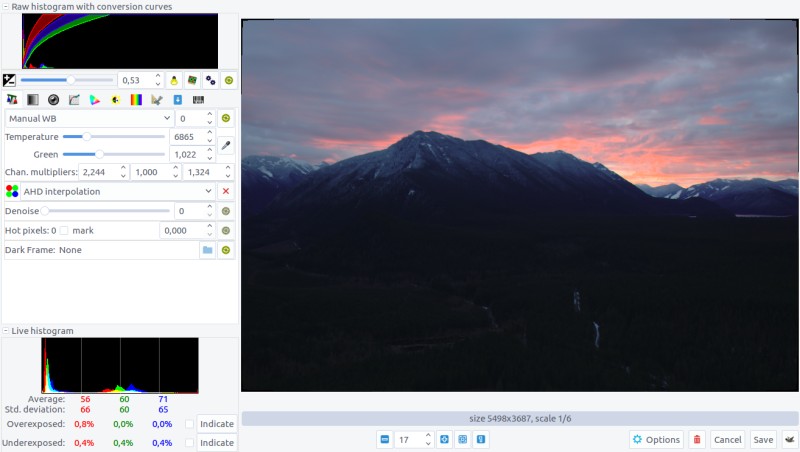 Last but not least. Other Linux app which you can use to open and edit RAW photo is UFRaw. This is a unique app. You will see no window until you open a certain RAW file. UFRaw can work as both a standalone app and GIMP plugin. Just like other apps in the list, UFRaw can also handle some basics adjustments such as white balance, exposure, lightness, saturation and lots more. UFRaw is suitable for handling a single RAW photo instead of multiple at once.