How to Install uTorrent on Linux

HomeLinuxHow to Install uTorrent on Linux

How to Install uTorrent on Linux 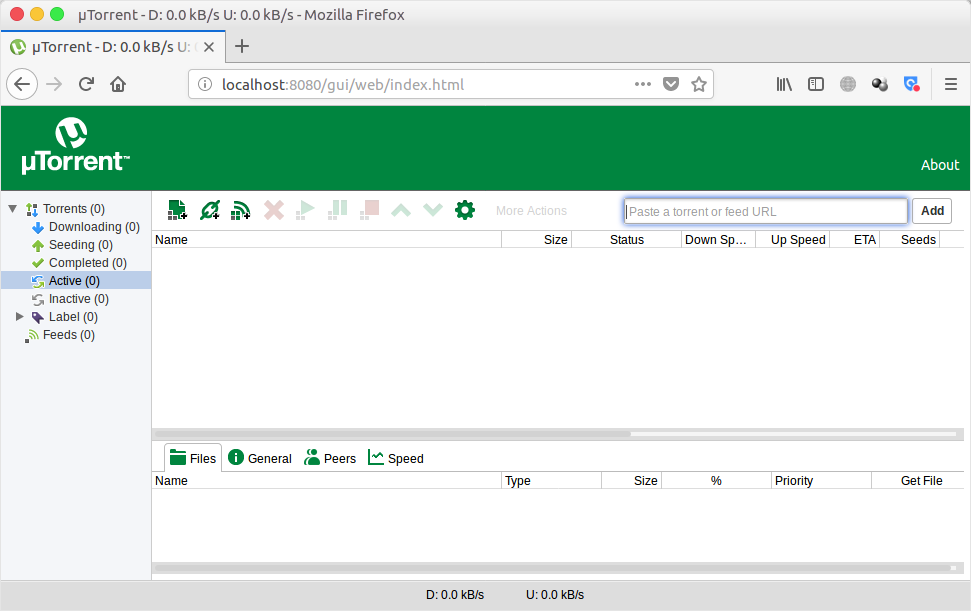 There are actually many easier-to-use torrent client apps for Linux. However, uTorrent remains popular and widely-used as it is developed by BitTorrent, Inc. — the company that is responsible for the ongoing development of the BitTorrent peer-to-peer protocol.

Unlike other torrent clients for Linux, such as Transmission and Deluge, uTorrent is available as a web app instead of desktop app. The installation process is also a bit more complex and require more steps. In general, uTorrent is available in two versions, 32-bit and 64-bit. There are three types of uTorrent you can choose from; free, ad-free and pro.

Originally, uTorrent is authored by Ludvig Strigeus. Currently — as I said earlier above –, the development of uTorrent is handled by BitTorrent, Inc. According to a brief statistic on Wikipedia, uTorrent is used by over 100 million users worldwide. This article will show you how to install uTorrent on Linux.

uTorrent depends on libssl to run. Before installing the software you need to ensure that the required dependencies have been installed. Like I said, uTorrent for Linux is available as web app so you will be involving a web browser to work with it.

Like I said, uTorrent depends on libsslto run. So, before stepping further with the installation process, you need to install the dependencies first.

Once the dependencies are installed, download the uTorrent package from its official site. I suggest you to download the latest version of uTorrent.

The uTorrent package is available as an archive file in the tar.gz format. Copy the file you have just downloaded to the /opt directory and extract inside it.

From the extraction process, you will have several new files. Create a symbolic link of a file named “utserver” to /usr/bin/

Now please open your web browser and enter yourserverip:8080/gui on the address bar. If you install uTorrent on the local machine, then replace yourserveripwith localhost

You will probably be asked to enter a username and password. Just enter “admin” on the username field and leave the password field empty.