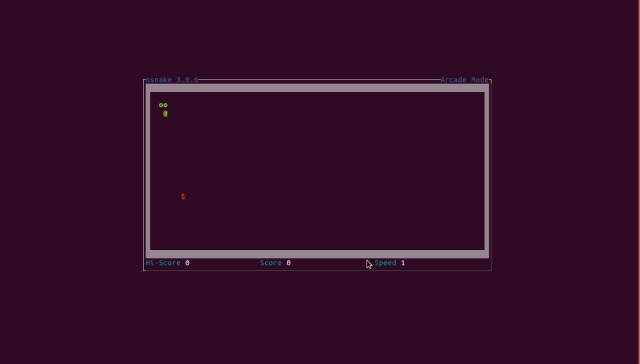 Most people agree that playing a game is one of the best ways to relax. Many people spend their idle times in the office by playing some fun game while waiting for the next task. But, did you ever wonder what kind of games played by Linux geek? I mean, those who more familiar to keyboard rather than mouse.

There are many ways for us to have some fun in Linux. Even with command line. If you think that command line gives us no chance to have fun, you are completely wrong. There are several command line-based games on Linux that we can play. Here are some of those cool games.

Snake is not a strange game. Many people already familiar to this game. The version of this game were developed in various platform but the major purpose of this game never changed: to extend the snake’s body.

Nsnake in Linux is another classic version of Snake that run in Linux. Running this game in command line make it looks cute and artistic. You can play this game with or without border in Arcade mode. 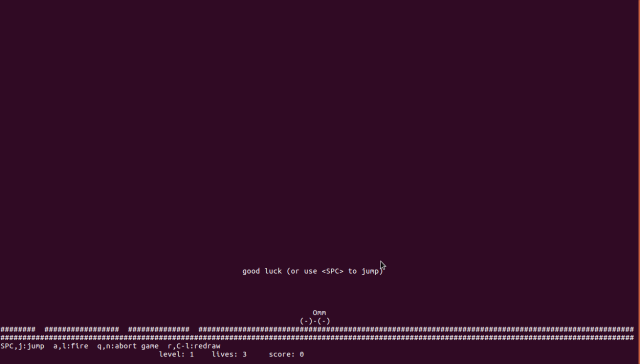 Your task is quite simple. You will be asked to jump in the proper time to avoid your vehicle falls in the crater. As you goes further, the speed game will also increased so be careful. 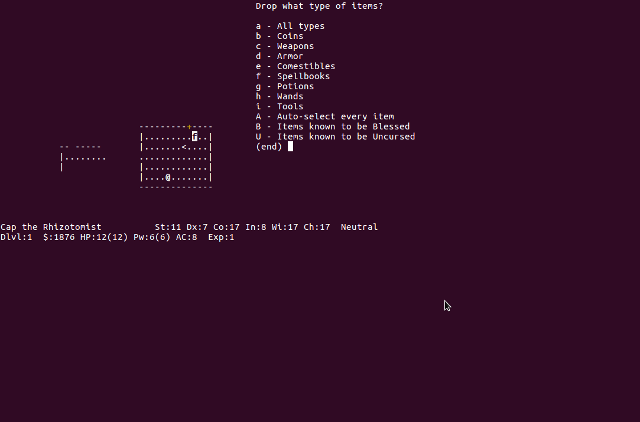 This is an adventure game that will make you little bit confuse (may be). This is actually an old game. The game has been existing since the year of 1987. Many player believe that this is one of the most difficult games ever created. Curious? Just try and feel the heat. The objective of the game is for the player to retrieve the Amulat of Yendor from a vast dungeon that is randomly-generated to ensure a unique experience for each new game. On successful completion of this task, the player is said to have “ascended” or gained immortality. 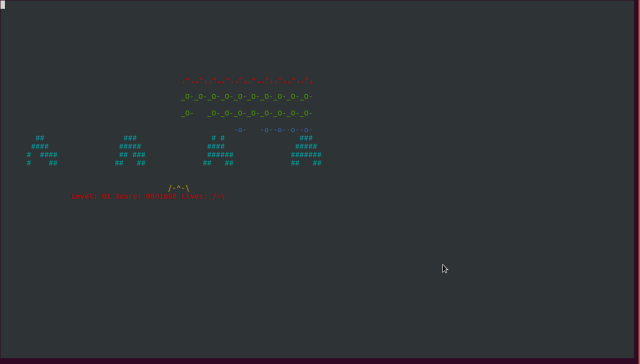 Ever played Shoot Bubble Deluxe? The game play of this game is little similar to it. You have to shoot an alien’s plane to prevent it reaching the earth. Yes right, your task is to protect the earth from alien invasion. You can move horizontally both to the left and right to shoot the plane. There are 4 castles that will help you finish the job. 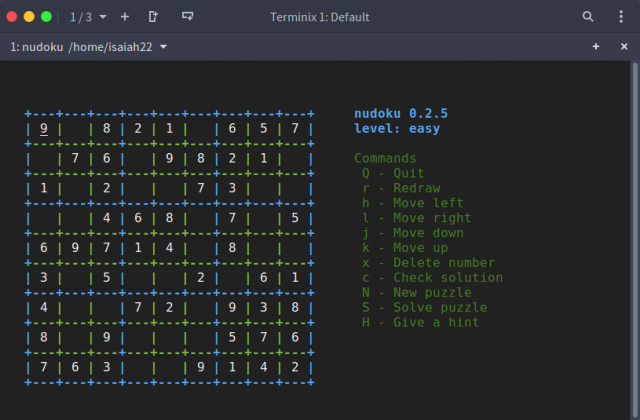 If you often play the popular puzzle game Sudoku, then you will have no serious problem playing this game. Nudoku is just a command line version of Sudoku. The objective is to fill a 9 x 9 grid with numbers so that each row, column and subregion contains all the digits from 1 – 9.