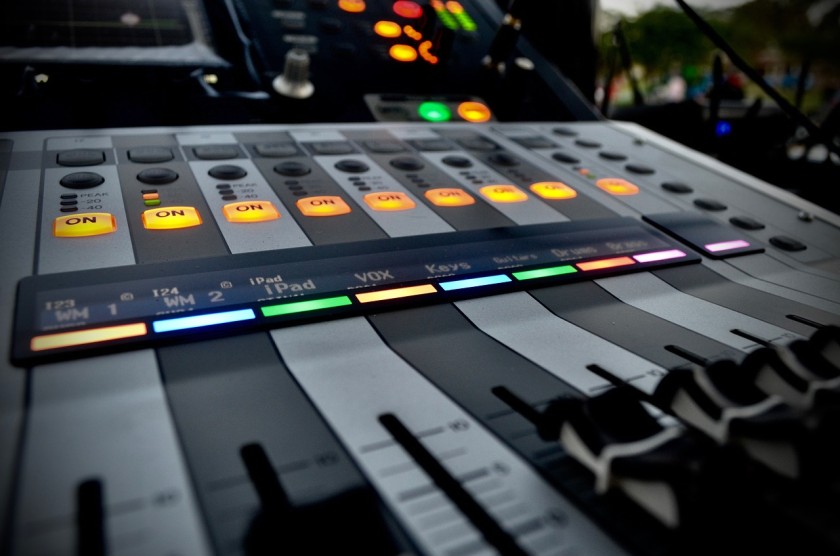 The world of open source has no good enough reputation in music making. So, producing a music using open source software is probably a bit challenging. But, you need to know this. There are more open source audio editor apps available out there. More than you probably thought.

Audacity used to be my first option every time I need to do something to my audio files, usually deleting unnecessary parts. But recently, I tried to look for another alternative. Not because I get disappointed with Audacity. Just want to compare it with similar apps. Apparently, like I said earlier, there are so many options of open source audio editor apps.

Whether you are a music producer who want to perform a complex audio editing or just want to trim an audio file like I did, here the open source audio editor apps you can use. 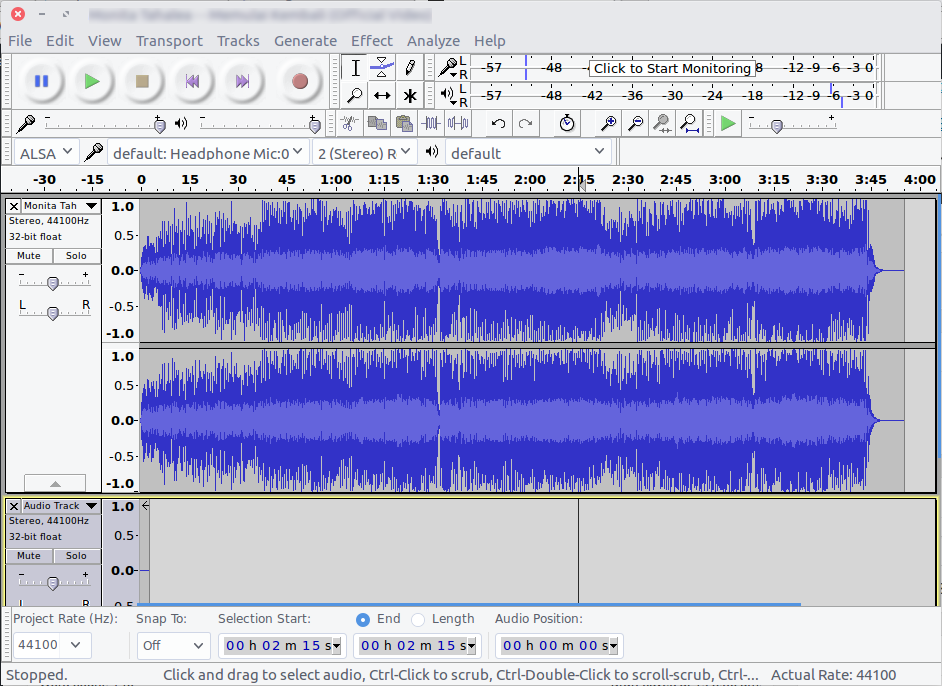 Audacity is the first open source audio editor that I know. This is a cool tool to perform audio-related tasks like converting, cutting, mixing, adding audio effects, changing speed and much more. Audacity has an easy-to-use enough interface and that’s why I love it. You can also take advantage of this tool to record audios before processing them. Audacity has been around since 2000. Probably it’s the oldest open source audio editor. It was written in C and C++. Audacious is available for major platforms including Linux, Windows and macOS. In addition to its official site, you can also get the source of this software on GitHub. 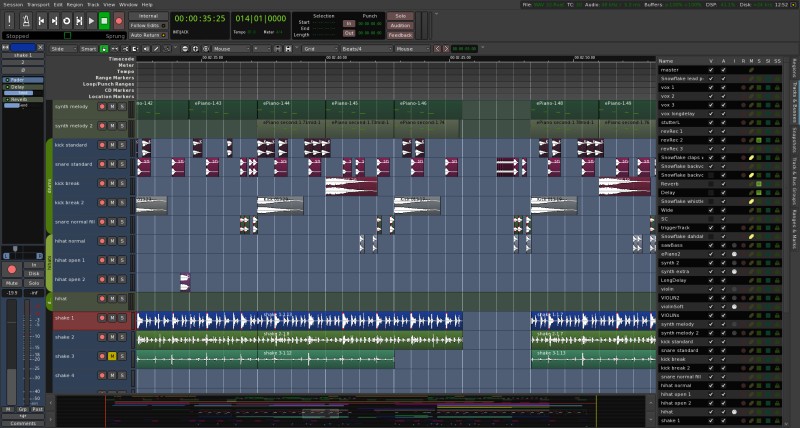 The very first thing you need to know about open source software is that not all of open source software are free (free of charge) to use. Ardour is an example of paid open source software. Well, not completely paid software since you can also get this software for free but, you need to compile it yourself to install. You will only be asked to pay if you want to download the ready-to-run file. Whether for Linux, macOS or Windows. Ardour was written in C++ and released under the GNU General Public License.

Ardour has a more complex tools set than Audacity. The tool will be nice choice for professional music producers or musicians who want to process their own music. All of the tasks you can do with Audacity can also be handled by Ardour. Ardour itself is a non-linear editing tool. You can perform as many undo as you want when editing. One of Ardour capabilities is extracting the audio files of a video. If you need more functionalities that hasn’t supported by Ardour, there thousands of plugins developed by third parties you can install. 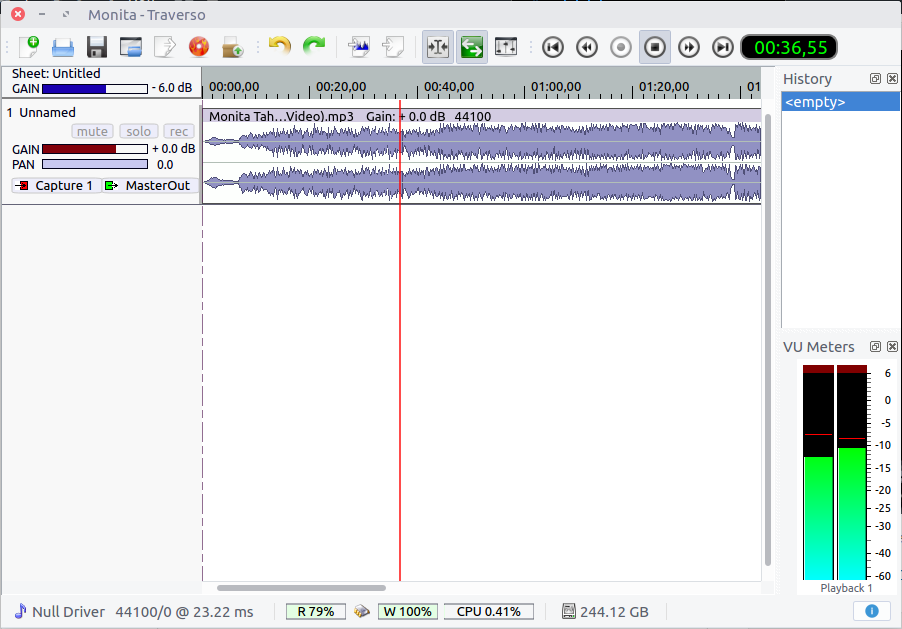 Traverso is also a non-linear audio editing tool. The functionalities of this tool are tend to similar to Audacity rather than Ardour. Which mean, it’s more suitable for performing basic audio editing. However, this tool relies on the same underlying system that Ardour does: Jack. One of the prominent features of Traverso is the ability to burn your recording directly to CD. Traverso is a great tool for a small scale recording session on a netbook. Traverso was written in C++ and released under the GNU General Public License. The source code of Traverso is also available on GitHub. Currently, this tool is only available for Linux. 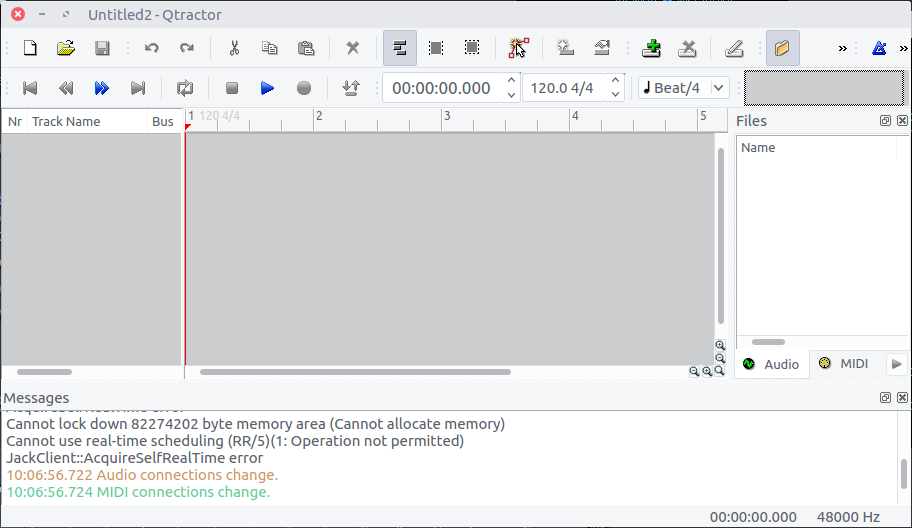 QTractor is an audio editing tool that requires Jack Audio Connection Kit to work. It is a multi-track audio and MIDI sequencing and recording studio. This audio editor comes with functionalities to make audio editing process be much easier such as drag, drop, move, cut, copy, delete, merge and much more. Qtractor was also written in C++ and currently only available for Linux. The source code of this software is also available on GitHub. 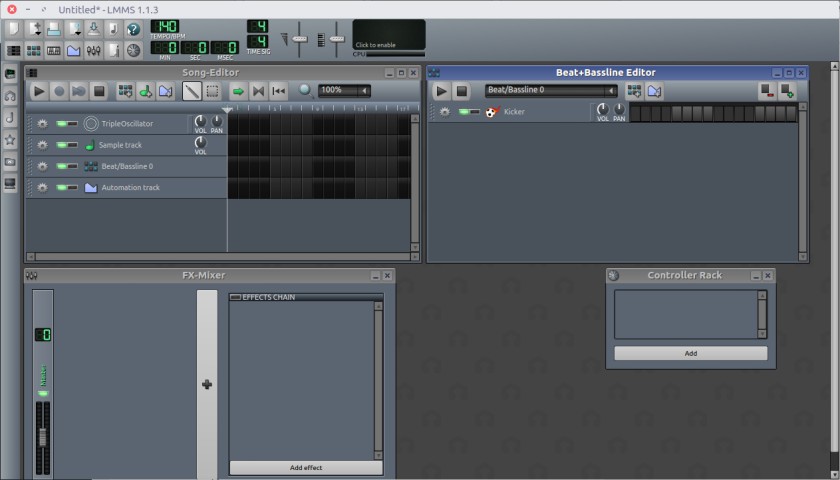 LMMS is stands for Linux MultiMedia Studio. Even so, the software is also available for Windows and macOS. Also written in C++, this tool is basically designed to create music instead of editing existing audios. When run on the computer with appropriate hardware, you can produce music by arranging samples, synthesizing sounds, playing on a MIDI keyboard, and combining the features of trackers and sequencers. For geek open source users who want to see the source of this software without wanting to install, they can refer to the official GitHub page of LMMS.

There are basically other more audio-related tools available out there. However, the five items listed above is by bar the most appropriate ones for editing (and also creating) audios. Have your own favorite tools, share it at the comment section, please!