With the crazy growth of mobile messaging app like today, many people think that the era of online forum has end. Absolutely no. There are many people who still using online forum to get in touch each other. For instance, a community of a soccer club use online forum to share and discuss the latest news about the club they support.

Although not as popular as few years ago, online forum still become a powerful medium for a community to get in touch each other. And the good news is, building an online forum isn’t as hard as you probably thought. Programming skill isn’t required if you want to build an online forum for your community. There are a plethora of open source forum software out there which you can use for free. Completely free. All you need is a web hosting. Nothing more.

In fact, the control panel of most current web hosting providers already feature a forum software which you can install in few clicks. Well, here is the list of the worth trying open source forum software.

Paid service meaning that your forum will be installed on the Vanilla Forums’s cloud service. Which mean, you don’t have to deal with any technical aspect at all. But, as the consequence, you have no control over your forum. Of course, paid service also offers several additional features. However, if you just need to build a simple forum for your non-profit community, free version I think is more than enough.

The concept of Node BB is a bit similar to Vanilla Forums. You can download and use this open source forum software for free. However, the paid service is also available if you want to install Node BB on the cloud service offered by it. Node BB itself is a Node.js based forum software. Before installing this software just be sure you have at least Node.js version 4 installed on your machine. Node BB uses MongoDB and Redis for database (you can select one).

This software is released under the GNU General Public License v3. If you want to download the free version of Node BB you can refer to its official GitHub page. This open source forum software also has a modern look just like Vanilla Forums.

PhpBB is popular enough in the open source community scope. This forum software comes with many modern features to makes it deserves your try. Your users will be able to send direct message to other members for a personal chat. There is also a live notification feature just like Facebook’s to keep your user get updated over their forum activities. Furthermore, you can also moderate your forum to prevent the inappropriate contents from appearing on your forum.

BbPress is an extremely simple open source forum software. It’s made by the folks behind the most widely-used content management system WordPress. If you have a WordPress-based site then bbPress will be a nice choice if you need to build a forum to get in touch with your community members. The installation process of bbPress is also quite easy. There are also plugins to enhance the functionalities of this forum software.

MyBB is another popular open source forum software. The software has been around since 2005 and has been serving countless online forums. MyBB is rich enough in terms of feature. All standard features of modern forums has been fulfilled by this forum machine, including moderation for administrator, private message to enable the users send message to another members personally, reputation and so on. There are also plugins in case you need more features. Furthermore, MyBB also supports famous database systems like MySQL, PostgreSQL and SQLite.

Discourse is a forum software that I personally love much about. The user interface design of this forum is completely different to other similar software on this list. It looks more modern to me. Simple but pretty cool. It is a combination between online forum and social media. Your users will be able to give their love to a forum thread they consider as attracting ones. You, as the moderator, can differ the forum into several categories. More interestingly, this forum software can also be integrated with popular apps like Slack, WordPress, Zendesk and Piwik.

Discourse itself is a completely free software that is released under the GNU General Public License. Same as Vanilla Forums and Node BB, Discourse also offers paid service to allow you installing the software on its cloud service. Discourse is built using Ruby on Rails and use PostgreSQL as its main database. If you want to install Discourse on your own hosting, you can download this software on its official GitHub page.

Just like the name suggests, Simple Machines Forum is a simple forum software. This open source forum software is designed to provide you with all the features you need from a bulletin board. This open source project is run by volunteers from across the world. Simple Machines Forum — or also abbreviated as SMF — is written in PHP and uses MySQL as its database.

PunBB was begun by a programmer named Rickard Andersson and firstly released in 2003. Written in PHP, PunBB is projected to be a lightweight forum machine with a minimum features. The primary goals of PunBB is to be faster, smaller and less graphically intensive as compared to other discussion boards. PunBB also gives several different database systems to store the forum data. From MySQL, PostgreSQL and SQLite. To see the example of a forum built using PunBB you can refer this link.

In 2007, there was a bit conflict in the internal of PunBB team. The software was sold to a commercial company although the software itself eventually remains free and open. Due to that problem, the creator of PunBB created a “new version” of PunBB called FluxBB. There is no significant difference between FluxBB and its predecessor. This forum software kept retained its simplicity.

FluxBB is released under the GNU General Public Licence. Since this software is written in PHP so it requires PHP to run. For database, you can use whether MySQL, PostgreSQL or SQLite.

The look of Flarum is quite similar to Discourse. Which looks cool to me. It also combines the style of social media and online forum. Flarum itself is built by two open source programmers Toby Zerner and Franz Liedke. They both were once also involved in other forum software development. The project of Flarum is released under the MIT license. It was written in PHP and uses MySQL as the database system.

The project of Phorum was originally started in 1998. Yes, it’s long enough. Honestly, this forum software has no special features. There is also no something special on its user interface. However, if you need a simple forum with no miscellaneous features then Phorum deserves your try. Phorum is written in PHP and rely on MySQL to store the forum data. Take a look at the forum demo here to see how great this forum software is.

FlaskBB itself can run on several databases and web servers. Redis and Nginx each are database system and web server that are more recommended. Take a look at the example here if you wondering what FlaskBB looks like.

ElkArte is one of the examples of a software forum that is built based on other forum software. This open source forum software is based on Simple Machines Forum. The basic requirements and features of this software are not far different to its parent. ElkArte is projected to be a more modern version of Simple Machines Forum by implementing new features to make it more relevant in a time of unprecedented social interaction. Some highlights of the new features include the ability to mention someone on a thread, notification, the ability to give likes, creating a draft and much more.

There are basically more other open source forum software. But, some of them have been discontinued due to certain reasons. EsoTalk for instance. It’s basically a good forum machine but sadly, the creator has abandoned it to join another project, Flarum. If you find other open source forum software that hasn’t mentioned on this list please write them down on the comment box 🙂 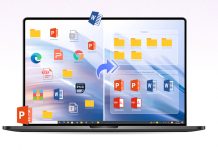 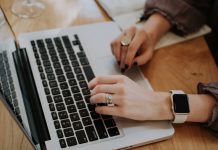 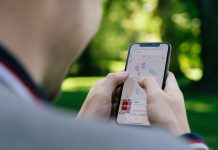 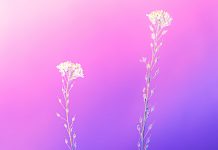 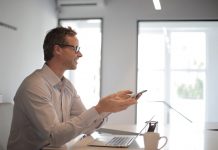 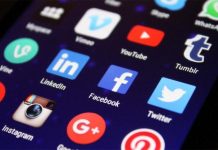 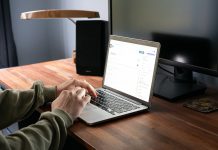 How to Create a Profitable Blog with WordPress (with a Real... 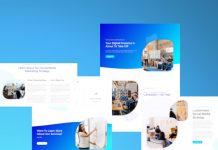 How Elementor Template Kit Can Help You Create a Beautiful Website...