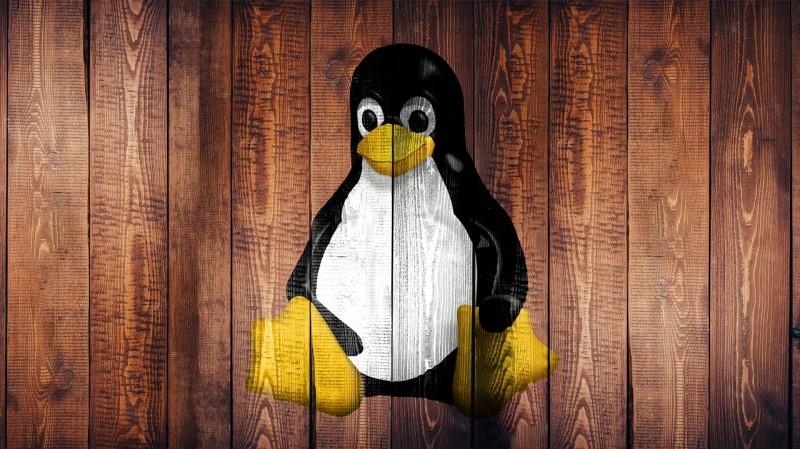 Sometimes, image is not enough. You need to use a video to affirm your aim. That’s why you need to record your desktop screen to report a bug or show a demo of your tutorial projects. And Linux always has a solution to cover you need.

To record a desktop screen in Linux you have some options of apps, depend on your need. Whether you want to record the whole screen in MP4 format or just a specific area in an animated GIF.

No matter what is your purpose with your recorded video, if you are looking for a tool to record your Linux screen, here is the list of the best apps you can choose. 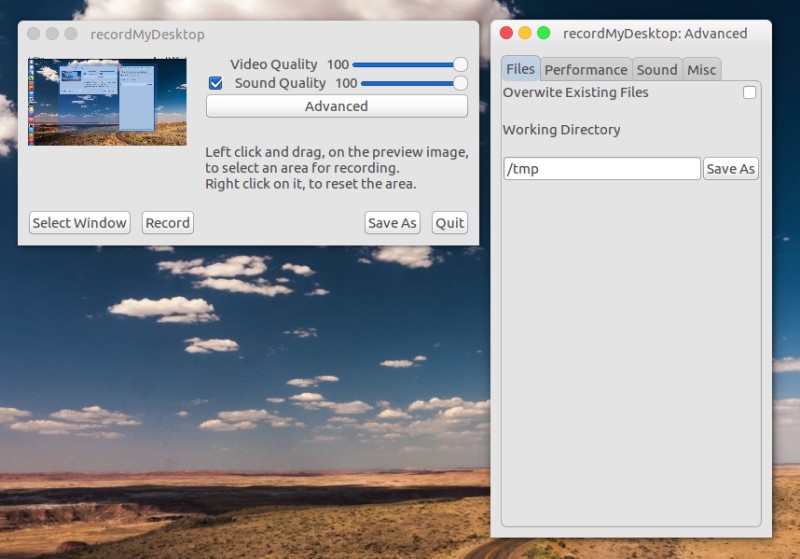 Like the name suggests, recordMyDesktop is aimed to help you recording your Linux screen, no matter your purpose. It’s pretty simple app and best suited for recording the whole desktop screen. The only minor probably is the output option. It only offers single format, OGV. But you can fix this by converting to another format, such as MP4 if you want to going further with your recorded file.

You can run recordMyDesktop from both command line and GUI. If you want to run the GUI-based instead of command line then you need to install the GTK version. 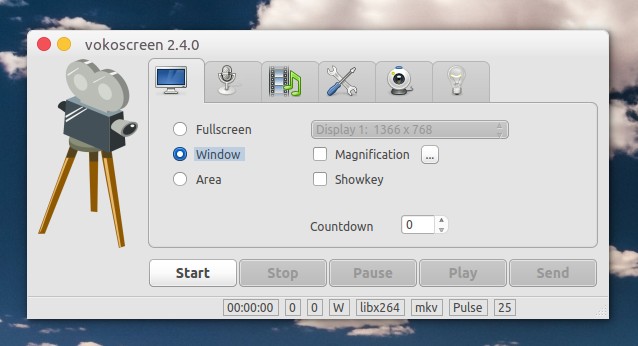 Vokoscreen is another simple but powerful screen recorder. Unlike recordMyDesktop which has less feaures, Vokoscreen has more features to enable you get more customized result. The app has two output formats, MKV and AVI. With Vokoscreen you can record the whole screen, current active window or specified area.

Vokoscreen also allows you to set frame per second and choose whether want to include mouse pointer during recording or not. 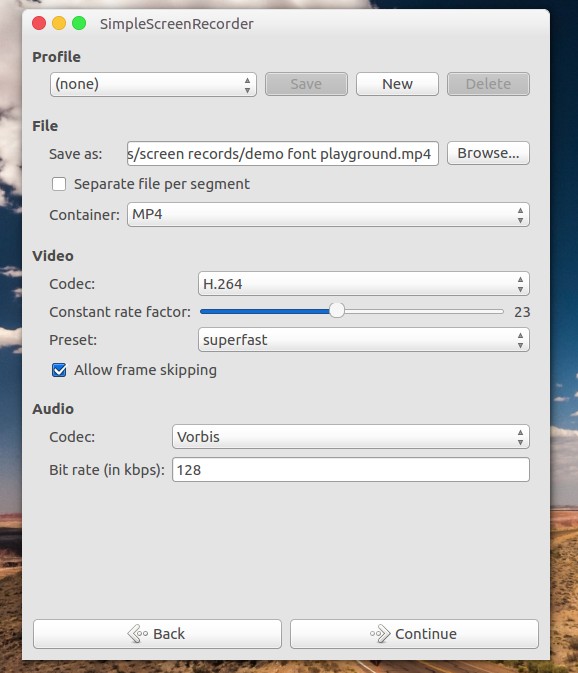 This screen recorder isn’t as simple as its name. Instead of offering a single purpose or less options like recordMyDesktop, for instance, this tool comes with a complex enough features, allowing you to customize the settings to get the result you want. The plus point about Simple Screen Recorder is that it supports nearly all video format including MP4, FLV, MKV, WebM, 3GP and lots more. You are also allowed to scale video and set the frame per second. 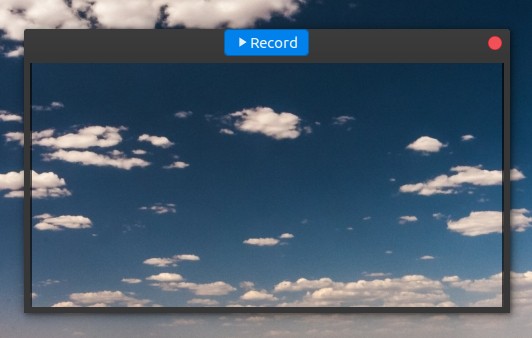 Peek has a very specific function. Its creator, Philipp Wolfer, built this tool to help you record a specific area of your screen and save it in an animated GIF. Once launch the app, all you need to do is dragging the app to the screen area you want to record and press the Record button. Peek also lets you to set the frame rate. If you don’t mind you can read this article to find out how to use this cute app.

Green Recorder is another simple but powerful app to record your desktop screen. After trying this app you will probably be fall in love immediately. The app uses ffmpeg as its backend. Green Recorded is a bit similar to Vokoscreen where you have three options whether you want to record the whole screen, current active window or selected area. The only different is supported formats. Green Recorder supports more formats than Vokoscreen does. You can save your recorded screen in AVI, MKV, MP4, WMV and NUT. You can visit the GitHub page of the creator to learn more this app. 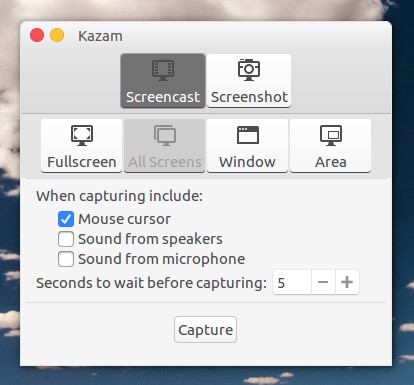 Lust but not least. Kazam is also a great tool that will assist you recording your Linux screen for any purpose. The good part about this app is that you can directly open your recorded screen with video editor (OpenShot, Avidemux and Pitivi) for further step. Kazam also gives your three options to record the whole screen, current active window or certain area of your screen. You can set whether want to save your project in MP4, WebM or AVI. Setting the frame rate is also possible in this app.