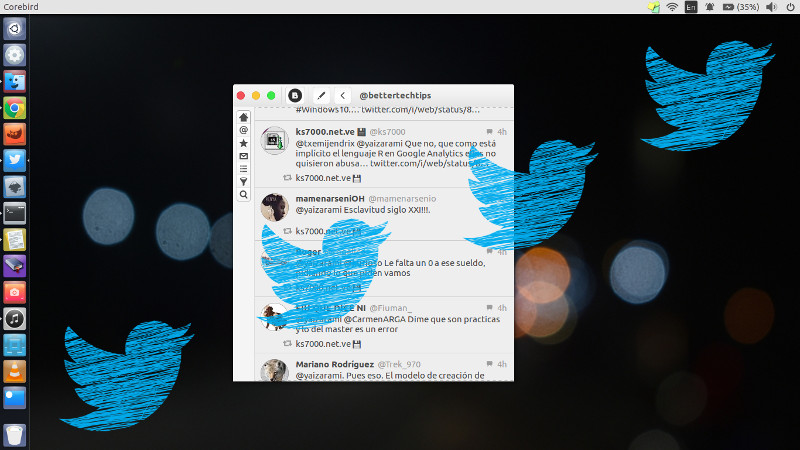 Twitter and Linux have one thing in common. They both have a bird mascot, Twitter with Larry (the blue bird) and Linux with Tux (the penguin). But, we all know that they are completely different platform. Linux is the most powerful operating system while Twitter is one of the most favorite social medias.

Today, the majority of people tend to love accessing their Twitter account via smartphone. In the Google Play and Apple’s App Store you can find tens of Twitter client apps other than Twitter’s official app.

Even so, there are some people who more comfortable to access Twitter from desktop instead of mobile. Few years ago before acquired by Twitter and be turned into a web client, TweetDeck is the king of desktop-based Twitter client app. The app used to run in Adobe Air which is initially available for all operating systems, including Linux. 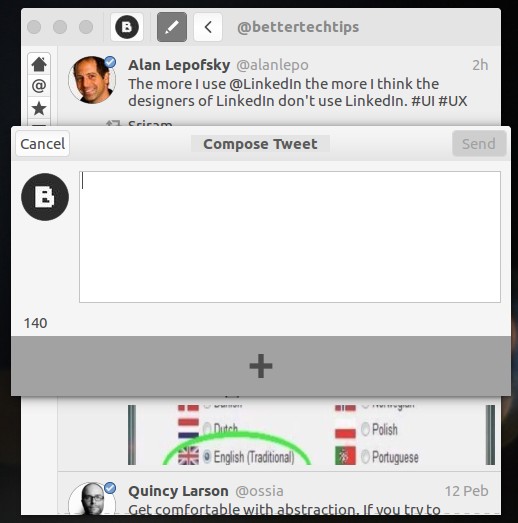 Corebird is my favorite desktop-based Twitter client since it’s pretty light and has a complete feature for organizing your tweet. Nearly all features from Twitter can also be found in Corebird like Mention tab, Likes, List, Direct Message at lots more. You will also get desktop notification to ensure you not missing any update of your account. Corebird supports multi accounts.

Corebird is built with GTK+. It requires some libraries to work (read more on GitHub). To enable work quicker it also comes with a number of shortcuts like r to reply, tt to retweet, ctrl + t to compose a tweet and so son. Many Linux distros have included this app to their repository package. If your distro don’t, you can get Corebird by yourself from GitHub. 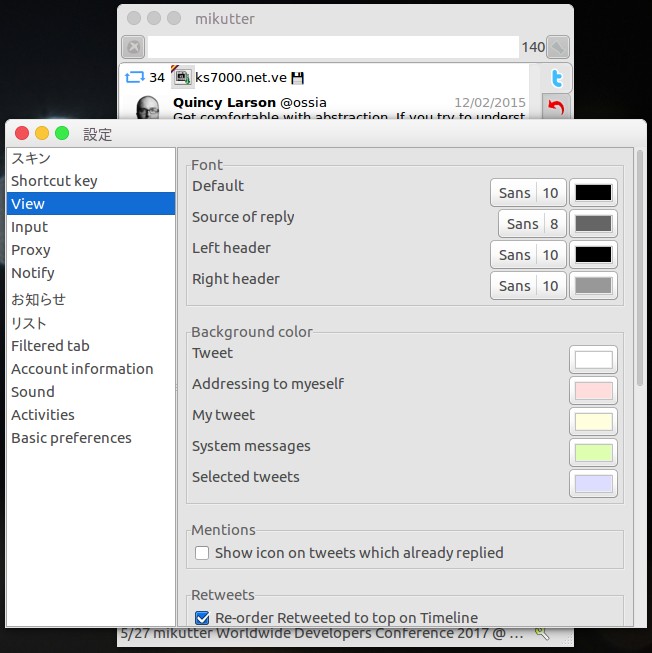 If you are an anime fan or other Japan-related stuffs, Mikutter is for you. Exclude its Japanese font, the general features of Mikutter is pretty similar to Corebird. They both are so identical. Mikutter also supports multi-account to allow you handle more than one Twitter accounts at once. Other features like reply tab, direct message and activities are also available in Mikutter. You can also customize the look of the app to meet your flavor. Shortcuts are also available.

Major distros like Ubuntu has added Mikutter to their repository package so you can install Mikutter using apt-get tool or Synaptic. If you find your distro hasn’t included Mikutter, you can get Mikutter from GitHub or its official site and install it by yourself. 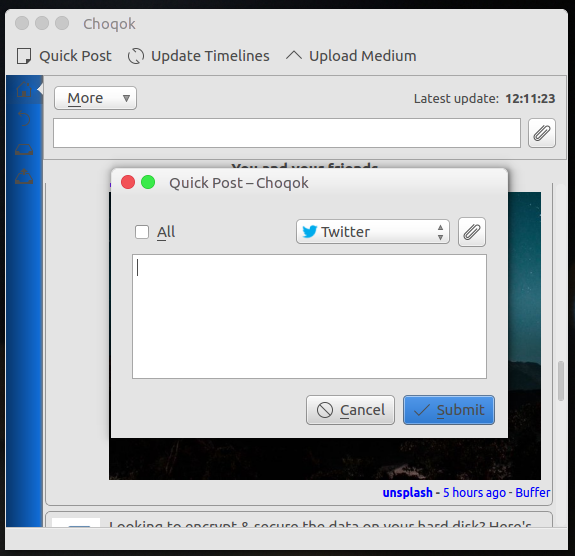 Choqok is designed for KDE but don’t worry. It also runs wells on other desktop environments including Mate, Unity, Cinnamon, GNOME etc. Choqok is basically a micro-blogging client and not specifically designed for Twitter. But, most users seem use Choqok to access their Twitter account rather than other services. You can also use Choqok to handle multiple Twitter accounts. Basic tabs like mention and direct message are also available.

The Choqok’s appearance is also customizable. You can also have a desktop notification of new tweets, mentions or direct messages. Most Linux distros has also included Choqok to their package repository. If you use a distro that hasn’t added Choqok, just go to Choqok’s GitHub page to download the file. 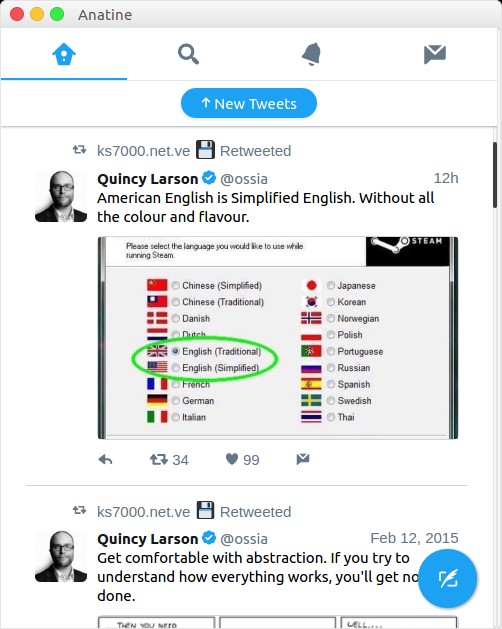 The first three apps mentioned above require you to input a pin as the authorization method. Anatine uses a different approach. You just need to enter your Twitter username and password to use tool. This app is created by a guy named Sindre Sorhus.

As you can see from the screenshot above, Anatine’s interface is very similar to Twitter’s official app for mobile devices. There are also three tabs available at the top side consisting of trending topic, mention and direct message. Unfortunately, this app can only handle a single account of Twitter. There are also some bugs need to be fixed. If you interested to try Anatine you can get it from GitHub.