Better Tech Tips
Home Mac VPN Guide for Mac - How to Choose the Ultimate VPN for... 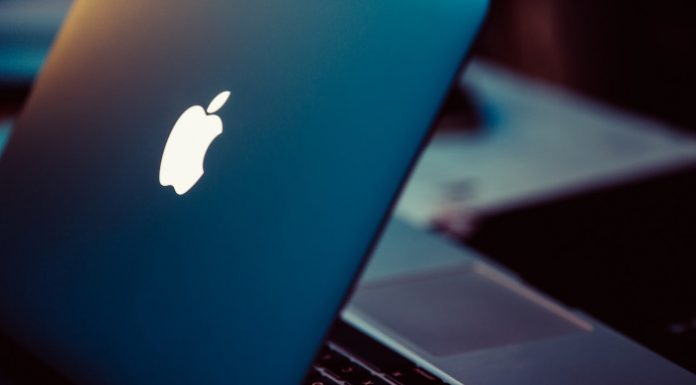 One of the essential things for a business is security. This is why companies choose VPNs rather than other options to help their computers and data protection.

However, there are various VPNs on the market today that can be difficult to choose from. If you’re looking for a free Mac VPN, this VPN guide will summarize all of the critical factors you should consider when choosing a VPN.

What Is A VPN?

A VPN, or Virtual Private Network, is a secure connection between two computers. It creates a secure tunnel for all your internet traffic to travel through. This way, no one can intercept or monitor your data.

Why Use a VPN?

People use VPNs to increase privacy and security on the Internet. You may have heard that “VPN is illegal” or that it’s used by criminals to commit crimes, but this isn’t true. A VPN can help you improve your online security and protect your data from being stolen.

10 Benefits of Using a VPN on Your Mac

There are many reasons why you would want to use a VPN on your Mac. They protect your privacy by hiding all of the traffic you send and receive from prying eyes, and they keep you anonymous online.

A VPN also protects your devices from malicious cyber attacks that could affect your computer or smartphone. However, here is the list of benefits you must know:

How To Get a Mac VPN?

So, getting a Mac VPN is just as easy as installing it on your Windows PC. Signing up for a VPN subscription is the first step, after which you have two options.

You can download VPN software directly from the VPN provider’s website. You will receive a DMG file that you can install later. During the process, you will almost certainly be asked to obtain program permissions.

On the other hand, many VPNs have apps in the Apple Store. You can install the program here, grant the same permissions, and you’re ready to go. Either way, you have to enter your credentials to get started.

How to Choose the Best VPN for Mac

First of all, your VPN for Mac should have good privacy credentials.

There are many VPNs with good rules without reliable reporting and encryption, but most are not worth considering. However, you need to do some research on how to choose your Mac VPN.

If you love to stream and watch everything on Netflix, ensure your provider has a consistent track record of unblocking streaming sites.

If you use a lot of torrents, make sure that P2P is supported on all servers. Fast connection speeds are also a priority for most consumers, so keep that in mind.

Also, look for excellent support services that cover all the basics and are very easy to use and work perfectly on any device you have – including Mac.

However, these are the requirements of your Mac to keep in mind while choosing the best one. So, read on to learn more about the five best VPNs for Mac.

The Best Three VPN for Mac

ExpressVPN is an excellent VPN for Mac when it comes to broadcasting. It can unblock many external Netflix libraries and iPlayer BBC outside the UK, Amazon Prime Video, YouTube, and many more.

ExpressVPN owns all of its DNS servers regarding privacy, which means your data is not going anywhere in the chain to any third party.

Surfshark has been making waves in the VPN industry for a while now. It is a complete suite with full support for WireGuard, OpenVPN, and IKEv2 and additional functions such as tunnel splitting and double hop.

The simple design and extensive features make it easy to use and an excellent choice for beginners.

UrbanVPN has proven to be one of the best VPNs for Mac out there. Millions of MAC users rely on it every day, and it’s known for its cybersecurity and privacy.

UrbanVPN has all of the basics like solid encryption, various protocols, and some extras that are hard to come by. The user interface routes your traffic through the Tor network with a unique VPN configuration, sacrificing unparalleled data protection performance.

The best VPN for Mac provides the ultimate protection and security to ensure that your online activities remain anonymous. However, it can be challenging to know which one is the right choice with so many options available.

Our guide will help you decide which VPN is best for you by examining some of the top features that should be considered when selecting a VPN for Mac.

If you are having trouble accessing social media websites, you're not alone. There are many reasons to use the best VPNs, and here are...
Read more
Internet

How to Choose the Right and Secure VPN

Privacy and anonymity on the Internet has long been a necessity, not a luxury. In order to use the usual sites and applications in...
Read more
How To

If you're looking to stream some of the best Indian movies and TV shows, the best Video on Demand service out there is Voot....
Read more
How To

It is possible to hide your online identity while still being able to access content that is restricted on the internet using a virtual...
Read more
Windows

How to Fix VPN Not Connecting on Windows 10? A complete guide step by step to resolve this issue. Follow the steps to restore connection on Windows 10.
Read more
Mac

6 Reasons to Clean Up Your Mac Regularly

If you see the spinning ball too often, it's a sign that your Mac needs your assistance to recover its speed. Find several important reasons why you should clean up your device.
Read more