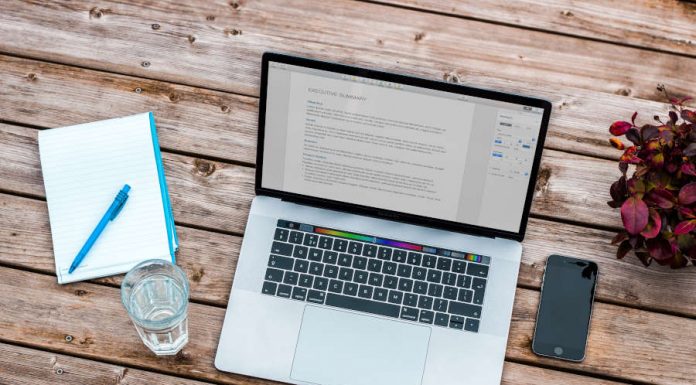 Some word processor apps are built with a compatibility with DOC and DOCX files. This allows you to open DOC or DOCX files without using Microsoft Word. Speaking of DOCX, it is a new standard document format of Microsoft Office. DOCX was firstly introduced in 2007 along with the release of Microsoft Office 2007.

Unlike DOC which stores document data in a single binary file, DOCX stores documents as a collection of separate files and folders in a compressed ZIP package. A DOCX file contains XML files and three folders (docProps, _rels and word) which hold the document properties, content, and relationships between the files. To explore the contents of a DOCX file, you can rename it and change the extension from .docx to .zip then unzip the zipped file using any unzipper tool.

To open a DOCX file in LibreOffice Writer, simply go to File -> Open and select the DOCX file you want to open. 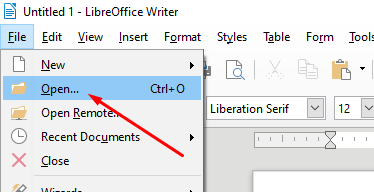 To open a DOCX file using OnlyOffice Editors, launch the app on your computer. Once the app opens, click Open local file and select the DOCX file you want to open. 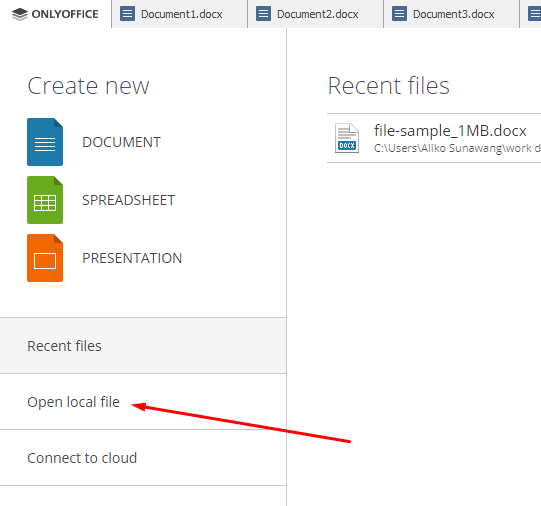 To open a new document or create a new one, you can click the OnlyOffice icon the title bar.

To open a DOCX file using WPS Office, launch this app on your computer. Once the app opens, click the Open button and select the DOCX file you want to open. 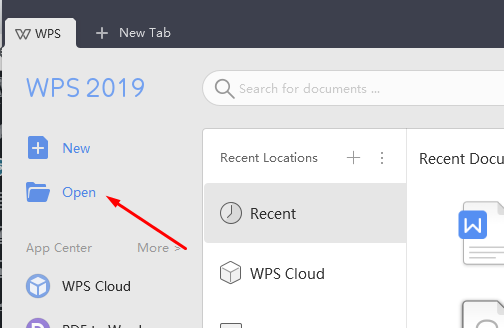 To open more documents, you can click the go to Menu -> File -> Open or simply click the folder icon on the toolbar. 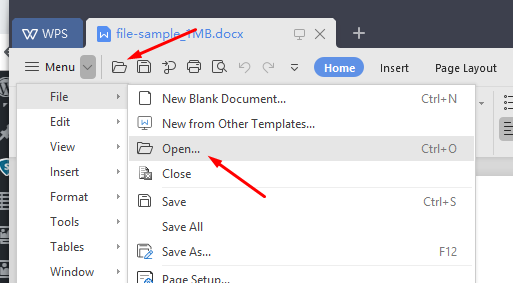 AbleWord is a simple word processor. Unlike three first tools above, AbleWord is a standalone app. It has a pretty simple interface that will remind you to the interface of old Microsoft Word. Even so, AbleWord is also capable of opening and editing DOCX files. AbleWord itself is only available for Windows.

To open a DOCX file using AbleWord, launch the app on your computer and go to File -> Open or click the folder icon the toolbar. 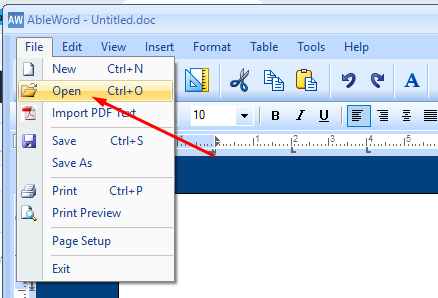 Microsoft Word is a popular word processor software. The vast majority of computer users — Windows users in particular — use it to work on document files. If you are not a Microsoft Word user and need to open a DOCX file, there are some tools which you can use, as we have mentioned above. If you are unwilling to install a new app on your computer, online word processors like Google Docs and Zoho Docs are also capable of opening as well as editing DOCX files.