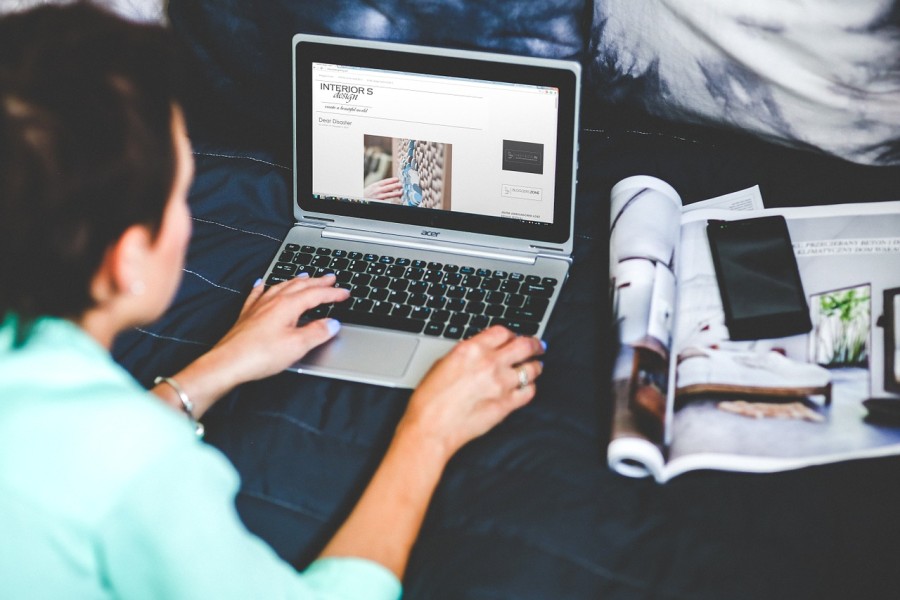 As of today, WordPress is still becoming the most popular open source content management system. In fact, WordPress is arguably one of the most successful open source projects, other than Linux. Countless websites use WordPress today. From personal blog to news portals.

There is also TYPO3, which is the most senior player in the market. Following is the list of 9 best open source management systems available today. 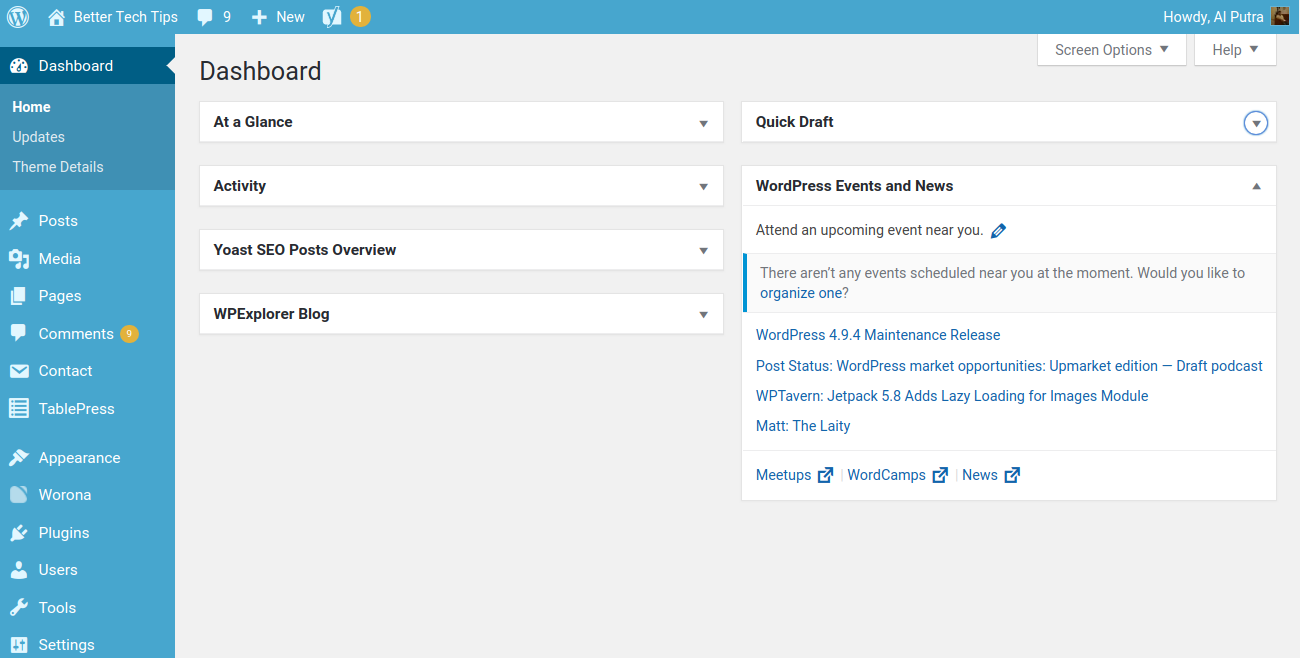 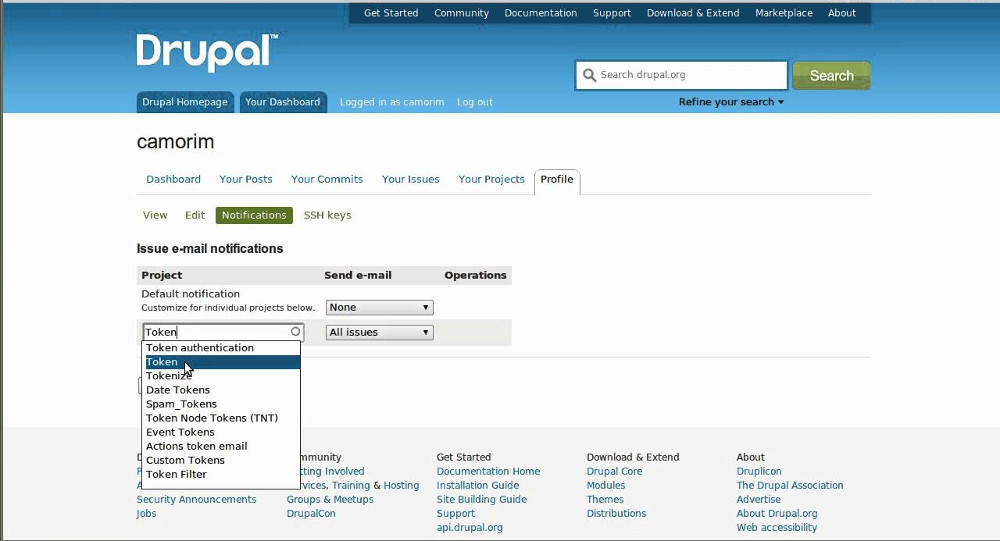 Drupal is also a popular content management system, although not as popular as WordPress. The CMS emerged first before WordPress. Drupal was firstly launched in 2000, three years before WordPress was released. The CMS was also written in PHP and can be implemented on any type of website, including blog, news portal, government site and so on. Drupal also supports plugins (called modules) to extend its functionality. To be honest, the use of Drupal is bit more difficult than WordPress. Unlike WordPress which is maintained by a company (Automattic), Drupal is maintained by community. According to Drupal, there are over 100,000 actively contributing contributors.

Joomla is another content management system that is maintained by a community (called The Joomla! Project Teams). Anyone is welcomed to join the community. Joomlah was also written in PHP. You can use three of the supported database management systems when installing Joomla: MySQL, MS SQL or PostgreSQL. Many believe that Joomla is the second most popular content management system after WordPress. Joomla is also easy enough to use and lightweight. To enrich your website features, Joomla also supports extensions. Same as WordPress which offers free blogging platform at wordpress.com, Joomla also provides a free blogging platform at joomla.com. 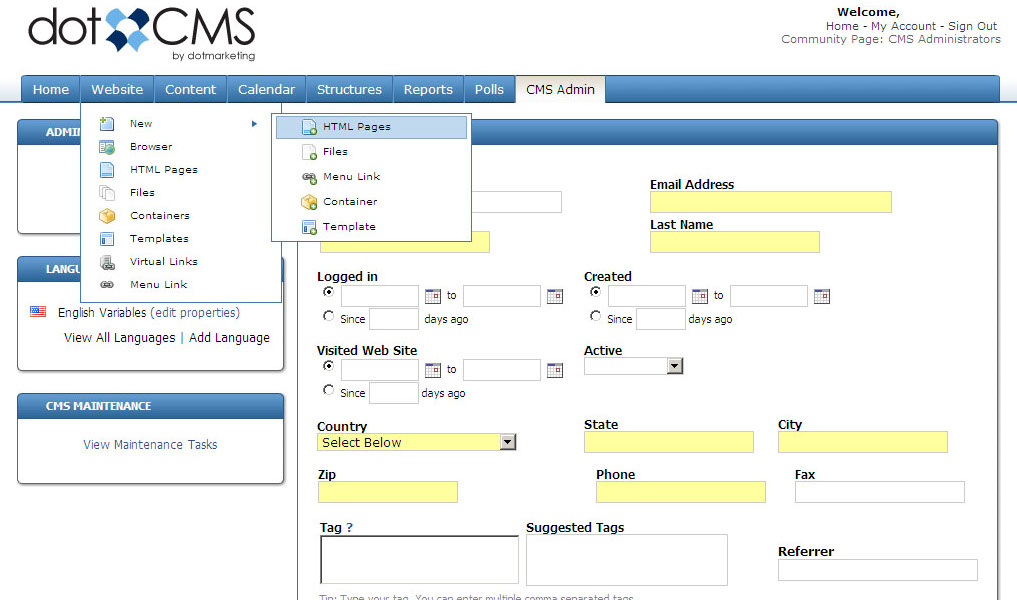 dotCMS is also an open source content management system. However, it is not fully free. Well, you can use it for free, but a paid version is also available. So chances are, there are a number of different features offered the paid version of dotCMS. dotCMS itself was written in Java. If you prefer the free version of dotCMS, you have a chance to try the paid version for 30 days. dotCMS targets enterprise segment. According to dotCMS, enterprises like AON, Honda to Goodyear use the dotCMS. 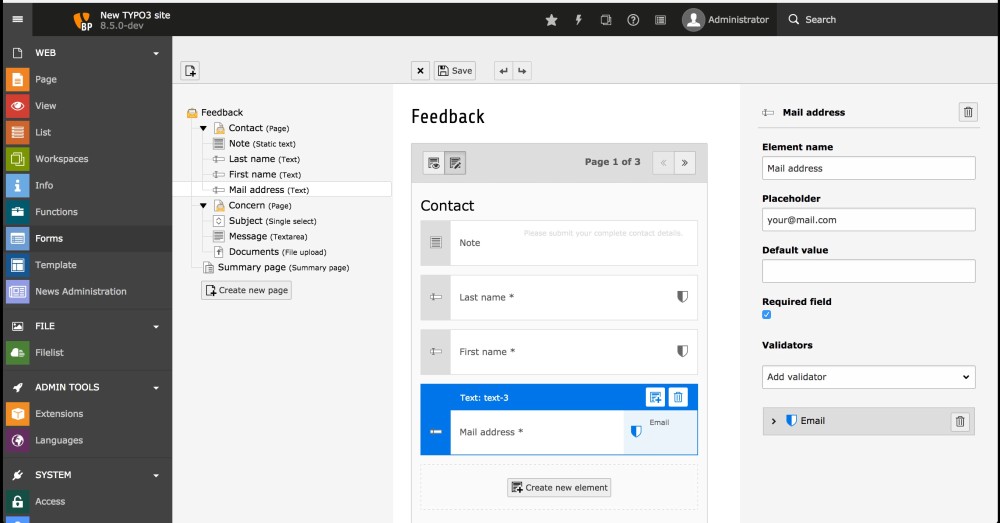 TYPO3 is the oldest one than four first content management systems above. The CMS has been around since 1998 and still in an active development until today. TYPO3 was also written in PHP. The CMS supports a wide range of database management systems like MySQL, MariaDB, PostgreSQL and Microsoft SQL Server. TYPO can also be implemented on any type of website, depending on your need. Extensions are also available, allowing you to add certain features on the website you are developing. 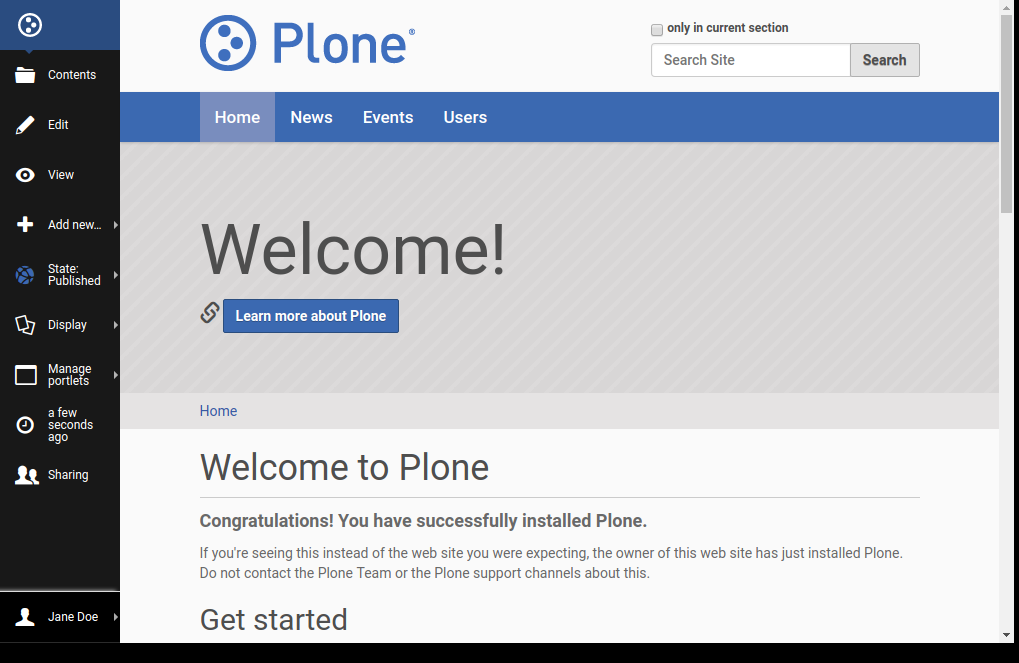 Plone is not a suited option if you are looking to build a blog. Plone is an open source content management system that has enterpise segment. Some enterprises that use Plone amongst other are NASA, Oxford University, Harvard University and lots more. Plone is built on top of the Zope application server. Zone itself is web application written in Python. Plone also supports add-ons to enrich your website features. 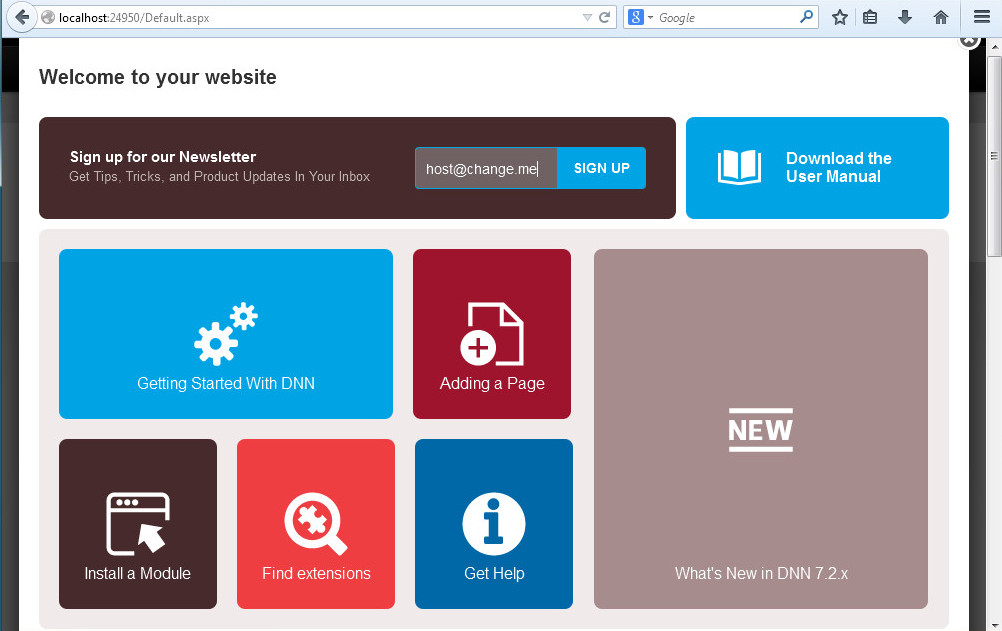 Formerly known as DotNetNuke, DNN is another open source CMS you can use to build a website without much technical knowledge. The CMS was written .NET and intended to run on Microsoft Server. You can only install and run the CMS on the IIS web server and Microsoft SQL Server. Both are Microsoft’s products. DNN itself is distributed under both a Community Edition MIT license and commercial proprietary licenses as DNN Evoq Content and DNN Evoq Engage editions. DNN is developed DNN Corporation. 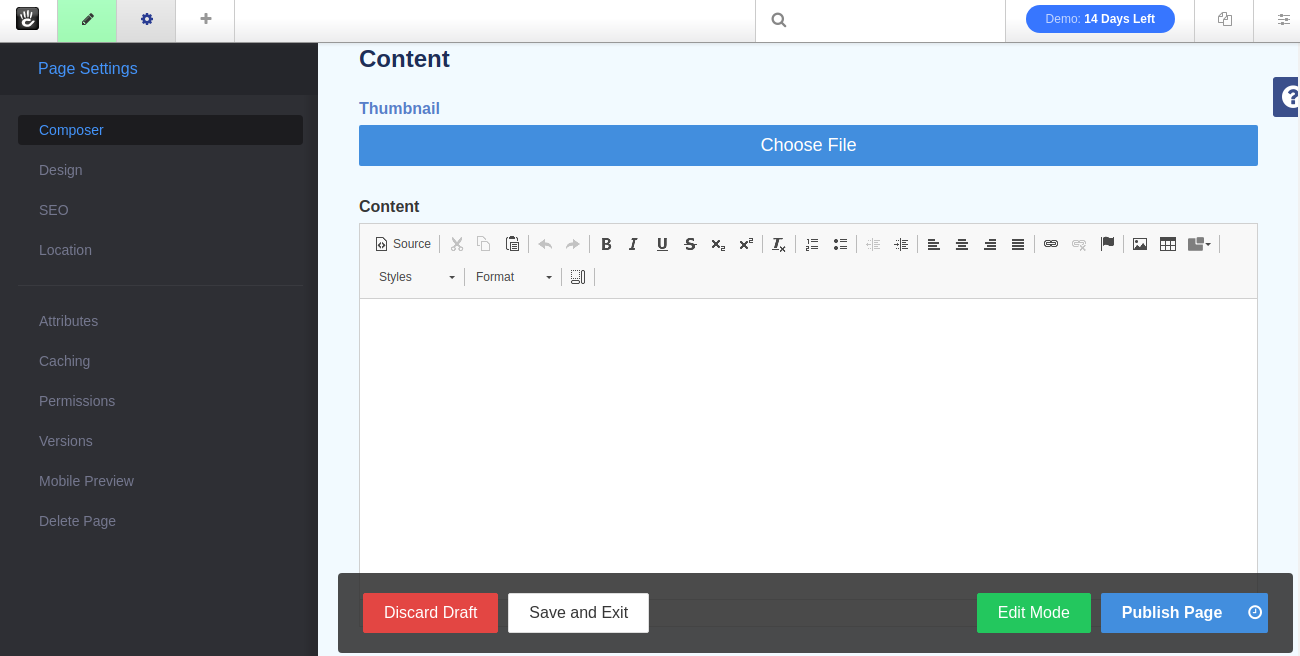 Another open source content management system that was written in PHP. concrete5 is ideal enough for building a blog, just like WordPress. You can install the CMS on nearly all web servers, while the database management system you can use to run concrete5 are MySQL and MariaDB. concrete5 is lightweight enough and easy to use. concrete5 is a nice option if you rely on search engine to drive website traffics. The CMS features a SEO tool (although very basic) you can make use of. 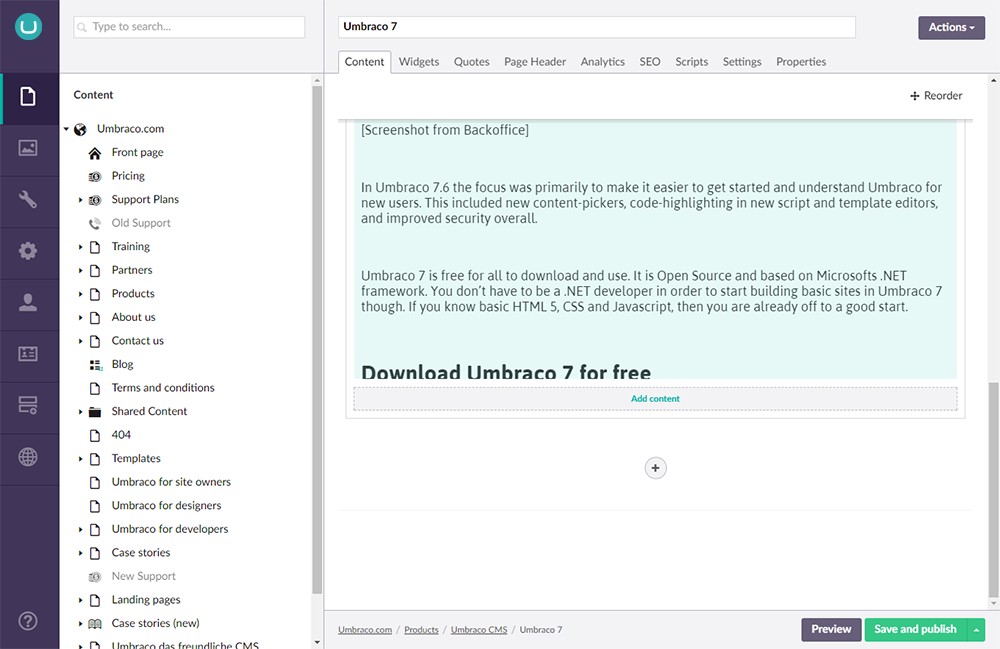 Umbraco has one thing in common as DNN. It was intended to be deployed on the Microsoft based infrastructure. You can only install Umbraco on IIS, a web server developed by Microsoft. For the database management system, you can use Microsoft SQL Server. Ideally, you should be installing Umbraco on a Microsoft Server-powered machine. You can install Umbraco on your own server, but Umbraco also offers a cloud service if you want it. Umbraco itself was written in C# and licensed under the MIT License. The source of the CMS is also available GitHub.