7 Things You Can Do with Photoshop Express

HomePhotography7 Things You Can Do with Photoshop Express

7 Things You Can Do with Photoshop Express 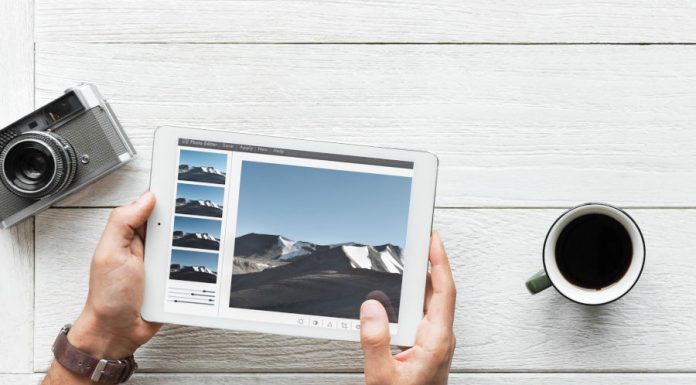 In case you didn’t know, you can actually use Photoshop for free and legally. Adobe provides the lite version of Photoshop called Photoshop Express. Although it is specifically aimed at mobile platforms (Android and iOS), Photoshop Express can also be installed on desktop (Windows 8 and above, via Microsoft Store).

Since it is a lite version, you will only get a set of basic features. There is no option to add layers to perform complex image editing. However, basic adjustments like exposure, contrast, temperature, saturation, and so on are available.

If you haven’t used Photoshop Express, following are 7 of the things you can do with this free image editor.

One of the features retained by Adobe on Photoshop Express is the raw editor. As you have known, you can open as well as edit a RAW file in Photoshop thanks to the Adobe Camera Raw plugin. This feature is also available on Photoshop Express so that you can also use it to edit RAW files. Be it on desktop or mobile. You can make basic adjustments like exposure, contrast, temperature, saturation, and so on before saving the RAW file in a JPEG format. At the time of writing, Photoshop Express only supports two RAW formats; NEF (Nikon) and CR2 (Canon). In other words, you won’t be able to edit RAW files generated by Sony or Fuji cameras.

Photoshop Express can be a nice tool if you need a RAW editor while on the go since you can edit your RAW files using your Android or iPhone device.

The vast majority of mobile photo editors have a feature that allows you to instantly get a certain image tone by selecting a filter. The same feature is also offered by Photoshop Express where you can select over 60 image filters (called Looks).

If none of the phones suits you, you can also set everything yourself. As we have mentioned a couple of times earlier. Photoshop Express allows you to make the adjustments of the exposure, contrast, temperature, saturation, and so on.

If your photo contains too many noises, chances are you used too high ISO when taking it. Whatever the cause that makes your photo looks too noisy, Photoshop Express allows you to instantly reduce the noise of your photo to make it looks sharper. You can find the option to reduce the luminance noise on the adjustment menu, along with other options like Clarity, Sharpen, Contrast, Exposure, and so on.

In addition to reducing luminance in order to make your photo looks sharper, there is also an option to instantly remove haze.

Photoshop Express also has the capability of instantly removing facial blemishes of other flaws like lens flare. You can use this feature by tapping the bandage icon on the editor window.

You can simply tap on the flaw areas to remove them. You can slide the slider to the right/left to set the coverage radius.

The vast majority of social media platforms allows you to add a cover/header on your profile. Each platform has a different size of the image used as the cover. Typically, they will automatically resize your image to fit the cover/header size.

Photoshop Express also has a feature that allows you to resize an image. While you can freely select the image area to be resized to get a custom aspect ratio, Photoshop Express also offers a number of aspect ratio options that have been set to fit the cover of certain social media platforms. For instance, you can select an aspect ratio that has been set for Facebook Page Cover, Twitter Header, YouTube Channel Art, and so on. In addition, there are also aspect ratio options for an Instagram post, Twitter post, YouTube thumbnail, and so on.