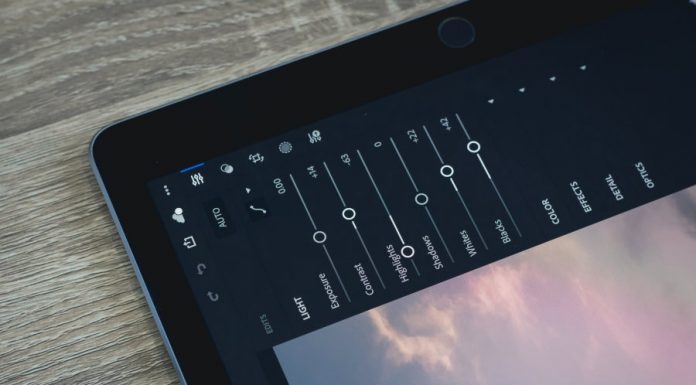 In the context of photography, RAW refers a file format that stores data captured by the sensor of digital camera. RAW stores more data than JPEG. That is why a RAW file is much larger than JPEG. Most professional photographers prefer to use RAW instead of JPEG because it offers more freedom for photographers to make more editing without losing the quality. You can read this post to learn more why you should shoot in RAW.

Since released in 2007, Lightroom has become a standard in the photography field. More specifically RAW editing. Actually, there are a bunch of free alternatives to Lightroom out there. Including the ones that run on web.

Online RAW editor can be a great alternative if you have no RAW editor installed on your computer, yet want to shoot in RAW. We have two recommendations of online RAW editors which you can use to open and edit RAW files. 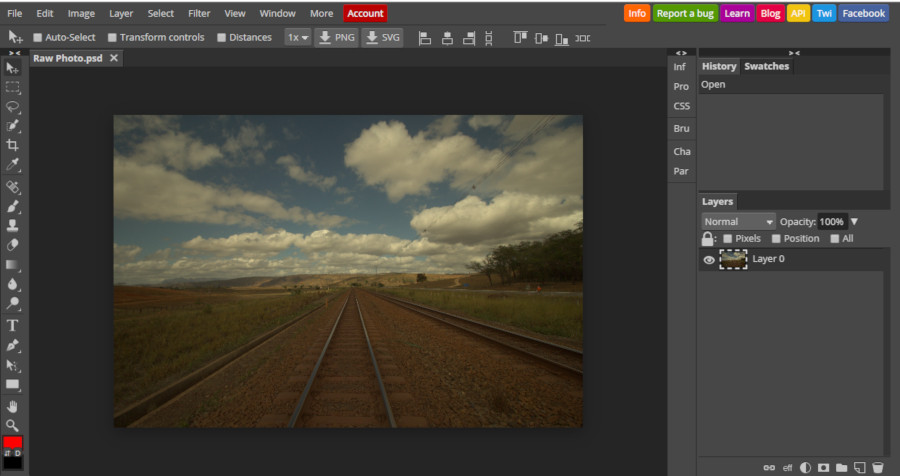 Photopea might is the best Photoshop alternative than runs on web. This online photo editor offers the editing features offered by Photoshop. Well, not all Photoshop features are available on Photopea. However, Photopea is powerful enough in terms of image editing. It also the compatibility with Photoshop in which you can open PSD files created with Photoshop as well as save your works into PSD format.

Same as Photoshop, Photopea also features a built-in RAW editor (Photoshop has Adobe Camera Raw as the default RAW editor). The way Photopea RAW editor works is pretty similar to Adobe Camera Raw on Photoshop in which it appears as a pop-up window. You can make some adjustments like temperature, exposure, brightness and contrast before making further editing using Photopea. 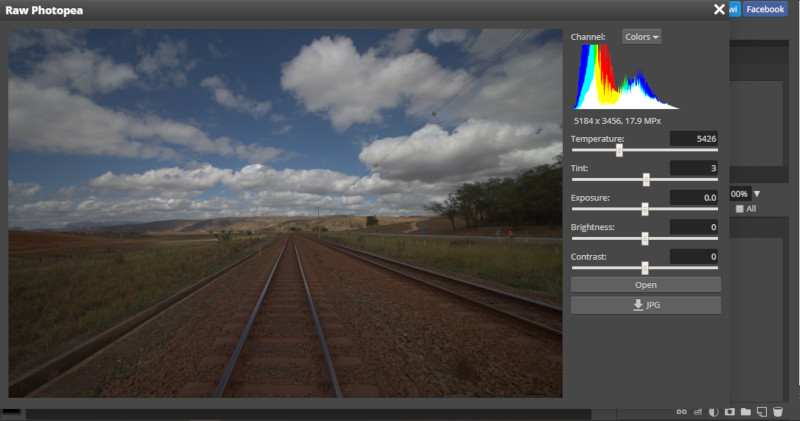 There is no specific information regarding the file extensions in RAW format supported by Photopea. NEF, CR2 and DNG are all can be open perfectly on this tool.

Photopea itself is a freemium tool, meaning that you can use it for free. Freemium version is also available for ad-free image editing.

PICS.IO is a media asset management service. It also has tool that allows you to work with RAW files. The tool offered by PICS.IO is not as complex as Photopea. You won’t be able to make a further image editing like you can do on Photoshop, yet you can make basic adjustments like temperature, brightness, contrast, saturation before converting you RAW file into JPEG.

Same as Photopea, the RAW editor of PISC.IO is also available as a freemium tool. You can use it for free, but with some restrictions. You won’t be bothered by ads banner, yet be restricted to a certain amount of conversion per month.

An online RAW editor is a great alternative if you occasionally shoot in RAW and have no RAW editor installed on your computer. You don’t need to rely on a commercial tool for a task that you don’t do regularly.