Equipping Your Drones Properly: Lidar vs Photogrammetry, What to Choose?

HomePhotographyEquipping Your Drones Properly: Lidar vs Photogrammetry, What to Choose?

Equipping Your Drones Properly: Lidar vs Photogrammetry, What to Choose? 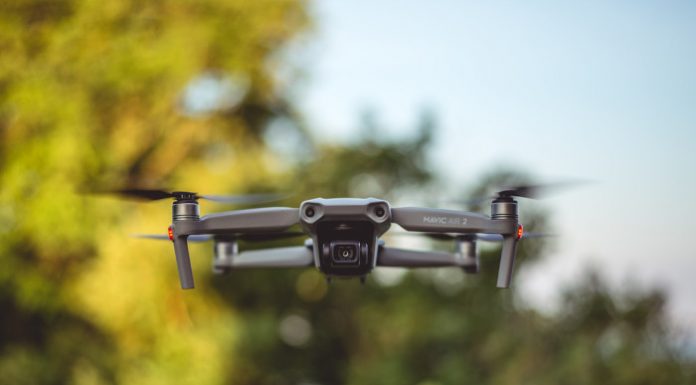 You’re probably unaware that there is more than just one type of surveying that you can do with your drones. Drones can be a little more versatile as long as you know your stuff with the different tech you can use. With drones, there are often just two different types: lidar and photogrammetry, which we’ll cover appropriately in this article. Though not to completely disregard the other types, as well as the two other types of lidar drones.

You’re going to have to know what your application of the survey type is before you install it into your drones. So not only do you have to consider the operation you’ll use the drone for, but you also have to think about the costs and the complexity – knowing that will narrow down the type you’ll need for your surveying mission. Keep in mind that you’re going to need strong post-processing for the data, so it will still be a costly operation either way!

The Differences Between Photogrammetry and Lidar

The differences and which is better are all too subjective for anyone to say there is definitely one superior over the other. More so since they both have their uses and both can accomplish the same things but with entirely different methods. To get down into more details about photogrammetry vs lidar, it’s a must that you find out the key differences and advantages of both before making your own decision.

The way photogrammetry functions is that the drone would take several high-resolution photos over an area. The several photos are then made to overlap at a meeting point, all with the common reference point – the joint meeting point has to be seen over different vantage points. Then, in the same way that human eyes have depth perception, photogrammetry uses the different vantage points to create a 3D map.

Going off what lidar stands, you can probably already grasp how it works. Lidar stands for “light detection and ranging”, which is not all that new of a revelation but has only recently become compact enough to use in larger drones. It sort of works the same way a radar does, but only this time it works with light being sent out and how long it takes the light to bounce off certain distances. It can also measure how intense the light is.

The thing about lidar is that the light sensor is only one part of the whole drone mechanism. You’re going to need a high-precision satellite positioning system (GNSS) along with some highly accurate sensors to determine the lidar’s light sensor’s orientation. So it’s a must that the lidar drones have all of the high-tech equipment to turn all of the raw data that they receive into information they can use – in this case, a 3D map.

The Accuracy of Photogrammetry

To yield accurate results when using photogrammetry, you’re going to need a high quality, full-frame sensor that’s capable of capturing the images you want. Although it does bump up your price for the whole surveying tech, it’s the price you must pay to capture and create your 3D reconstruction of an area with higher resolution and better detail.

Not to mention that you’re going to need proper planning and robust post-processing to get higher quality pictures for your reconstruction – it’s so that it’s not only accurate but also not too much of an eyesore to look at. In addition, having consistent, high-quality images to overlap when reconstructing the area allows for better accuracy and better error corrections.

The Accuracy of Lidar

The way lidar works with its more complete aerial methods. It doesn’t target specific targets on the ground to allow for image-overlapping to reconstruct. Instead, lidar sends out light beams at a fixed frequency in a pattern. Here’s the kicker with lidar, though. Its horizontal accuracy is limited to point density – though by design.

Not only is it limited by its horizontal accuracy, but also by the precision of the lidar itself and the quality of its technology – like the sensors and the satellite positioning system. Considering the technological complexity, advancements, and system variations, it would be better to go with photogrammetry(only if your applications rely on high, absolute accuracy).

Each drone surveying tech has its purpose and can shine in its areas – and it depends on you which tech you’ll use. If you want to survey an area with dense foliage, lidar would be the better choice. If you want to survey open areas with useful point references on the ground, then photogrammetry would be ideal. Both technologies are useful, choose the right one and you’re good to go.