8 of The Best GIMP Books

HomePhotography8 of The Best GIMP Books

8 of The Best GIMP Books 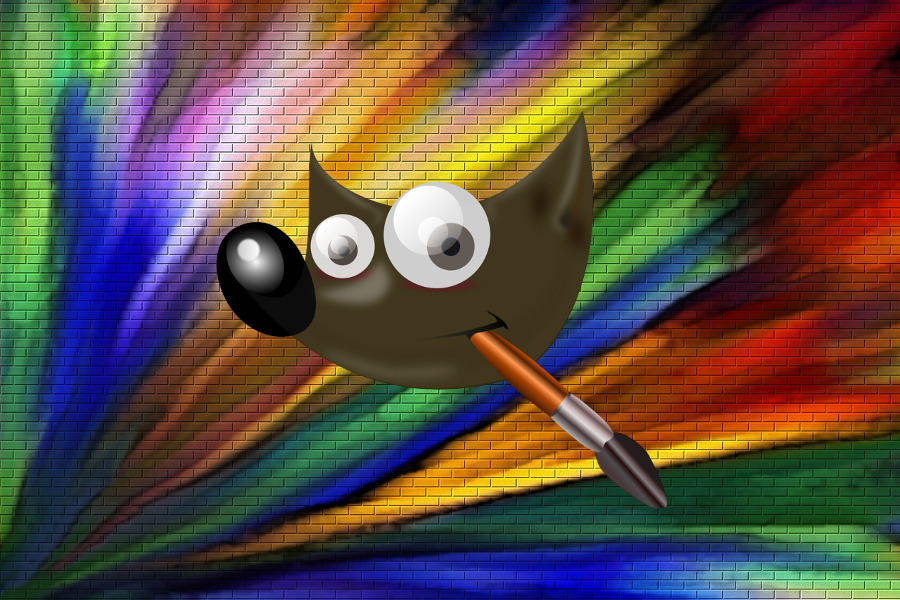 GIMP is often considered as the best free alternative to Photoshop. Not wrong. Everyone who is looking for a free image editing tool will usually end up with GIMP.

GIMP is great because it has nearly all tools and capabilities that Photoshop has as well. Not only you can use GIMP to edit photos, but you can also create stuffs like mockups and even digital arts. One more thing. GIMP is also compatible with Photoshop. It is capable of opening PSD files as well as edit them.

If you are new to GIMP and want to be a master in using it, there are countless helpful articles on the internet you can learn from for free, but sometimes (or often), books are still the best resource to learn something, including GIMP.

There are many quality books covering GIMP. Starting from the ones aimed at beginners to the ones with a more specific topic like digital art. I have compiled some of the best GIMP books you can consider if you want to be serious learning GIMP.

1. The Book of GIMP: A Complete Guide to Nearly Everything

On the first list of recommended GIMP books is the one written by Olivier Lecarme, a Professor Emeritus in Computer Science at the University of Nice, France. The book is titled “The Book of GIMP: A Complete Guide to Nearly Everything”. As the title suggests, this book is one of the best options if you are looking to learn GIMP from the bottom. The book has 676 pages which are divided into several chapters. It is a suited book to learn fundamental concepts of GIMP and image editing generally.

This is a new release book. The book has just been released in January 2018, written Bernard ‘t Hooft. If you want to learn how to be a professional photo editor with GIMP then this is the book. Although the book has the purpose of assisting you to reach professional grade in image editing, it doesn’t mean that new GIMP users can’t read it. Even if you are a brand new GIMP user, you can also read this book. At the opening chapter you will be taught to install and configure GIMP and dress up the GIMP look to make it look like Photoshop. With this book, you will learn professional photo editing. There is also a bonus awaiting, a 8-hour tutorial video.

“GIMP for Absolute Beginners” is also a great book if you are a brand new GIMP user. With the thickness of 352 pages, there are much things that are covered the book. The book itself was written by two authors. One of the authors, Jan Smith, has been taking photos for more than 20 years with her photos have been reproduced in a wide range o media. He is a former student of digital imaging at the Adelaide Central School of Art. The book of “GIMP for Absolute Beginners” consists of 10 chapters. With practical examples, the book will makes it easy for you to learn how to work with GIMP.

“GIMP Bible” is probably the thickest GIMP book out there. The book has 722 pages and consists of 22 chapters which are divided into 6 parts. Some of the materials that are covered by this book include understanding the GIMP interface, how to install and some introductions to GIMP’s default filters and plug-ins. The book is special since one of its author –Jason van Gumster– is a production artist who use open-source tools to produce animations and visual effects for television, film, and video games. The book itself was originally published in 2010.

As I said earlier, GIMP is not a mere an image editing tool. GIMP — especially version 2.8.xx —  has all the features you need to create digital arts, mockups and even advertisement materials. The “Artist’s Guide to GIMP, 2nd Edition” is the book you are looking for if you want to use GIMP different way. As the title suggests, the book will help to become a GIMP artist. With this book, you will learn how to apply impressive photographic effects, design cool logos and many other things. Michael J. Hammel, the author of the book, was a contributor to the early development of GIMP. He has been involved with GIMP since version 0.54. Of course, the book can also be read by photographers who want to use GIMP as the primary photo editing tool instead of Photoshop or Lightroom.

If you want to use GIMP to give the final touches over your photos then the book written by Phillip Whitt probably is the one you are looking for. The author has been interested in photography since he was a kid. Specifically, the book will show you how to acquire the best scans and digitize large photographs and teach you how to digitally repair damaged prints, correct color shifts, reclaim lost detail-even colorize black and white images. This is a great book if you want to be a master in digital photography but don’t want to use Photoshop.

At the time of writing, the latest stable release of GIMP is version 2.8.22. “GIMP 2.8 for Photographers” is a good book to learn all of the GIMP features, especially GIMP version 2.8 and the later (2.8.xx). The book was written by Klaus Goelker, a Munich based a lecturer designer and photographer. He chose GIMP to teach this classes with the same reasons as most photographers think. Becase GIMP is free and yet powerful enough to do serious photographic image editing. The book is aimed at new GIMP users, but there will be no sin for experienced GIMP users who want to read it as well.

In the middle of 2018, the GIMP developer team released GIMP 2.10. It’s the first major update since almost 6 years. GIMP 2.10 came with some new things including brand new look and new tools like Gradient Tool. If you are new to GIMP and want to use GIMP 2.10 instead of GIMP 2.8, the book from Bernard ‘t Hooft might can help you. Actually, there have been some books that cover GIMP 2.10 before this book, but they mostly written in German. The book written by Bernard ‘t Hooft is written in English. This book itself covers photo editing and retouching. So, this book is better suited for photographer.