Asus ZenBook UX330UA vs Acer Swift 3: Which One You Should Buy? 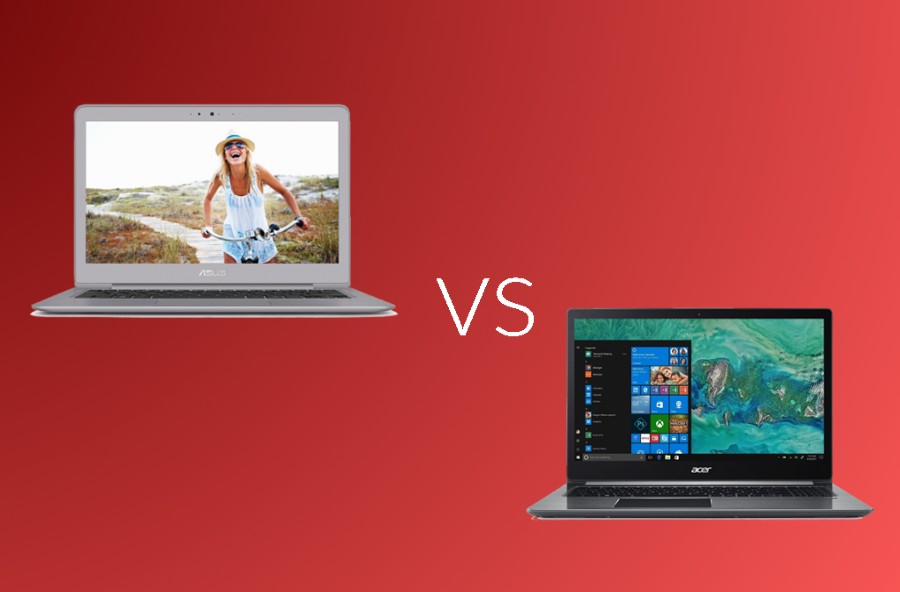 Asus ZenBook UX330UA and Acer Swift 3 are Windows-based laptops that are powered by the 8th generation of Intel i5-8250U Processor. The two have an extremely similar specs — other than processor. So, comparing them will be a reasonable thing. Those two laptops can be categorized as the mid-range laptops.

Although have a lot in common — especially in terms of specs — there is an elementary difference between them. Asus ZenBook UX330UA is a 13-inch laptop while Acer Swift 3 has a larger screen size: 15 inch.

Speaking of design — thickness is something that often be considered by users. Both Asus ZenBook UX330UA and Acer Swift 3 come with a thin enough design thanks to the absence of optical disk drive slot. The thickness of those two laptops are under 1 inch. They are also light and ideal enough for on the go. Let’s start the comparison by checking out the full specs.

As you can see on the table above, the detail specs of the Asus ZenBook UX330UA and Acer Swift 3 are not much different (except the screen size). To support the performance of the Intel Core i5 processor be it Asus ZenBook UX330UA or Acer Swift 3 are equipped with a 8GM RAM. The two also use SSD as the storage medium, which is way faster than HDD. Other difference between SSD and HDD is that SSD can help your laptop run longer on battery. It is because an SSD has no moving parts (plates) like HDD so it consumes less power.

As said above, be it Asus ZenBook UX330UA or Acer Swift 3 has no optical disk drive slot which commonly makes the entire laptop body looks bulkier. 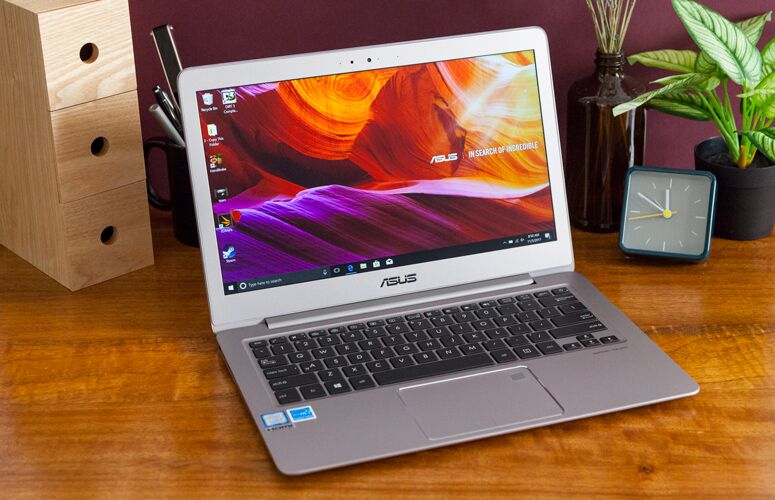 [maxbutton id=”4″ url=”https://amzn.to/2LSKWkY” ]
Asus ZenBook UX330UA is available in a grey design. Its design looks modern and fancy enough, with a glossy-look. The silver aluminum-alloy deck of Asus ZenBook UX330UA feels nice. You will probably also love the lid design that has a circular design, with a series of etched-in curves. The placement of the ports look nice. You will see 3 ports on the left side of the laptop body (from your point of view). They are a USB 3.0 port, a headphone port and a SD card slot. The rest of the slots lie on the left side of the body.

Asus ZenBook UX330UA has a wide enough touchpad which is handy for replacing the role of mouse if you have to work somewhere outside the office. The touchpad contains no button. As you can see on the specs table above, Asus ZenBook UX330UA is thin enough. The thickness of this laptop is less than 1 inch.

[maxbutton id=”4″ url=”https://amzn.to/2LOjwwq” ]
Acer Swift 3 has a larger screen size than Asus ZenBook UX330UA so the entire size of this laptop is obviously larger than its competitor.

The most parts of the Acer Swift 3 body — lid and chassis — are made of aluminum material. This laptop also has a glossy finish. As you can see on the picture above, you can tilt this laptop with the orientation up to 180 degree thanks to the flexible, strong hinge. Acer Swift 3 has an “out of the box” touchpad. While most laptops have touchpad on the center area, the position of touchpad of Acer Swift 3 is a bit shifted to the left (from your point of view).

There are only two ports on the right side of the laptop body — along with a Kensington lock slot and an indicator lamp. The ports are a SD card slot and a USB 3.0 port, respectively. Although the entire body of this laptop is bigger than its competitor — Asus ZenBook UX330UA — yet it still thin enough. The thickness of this laptop is not reaching the number of 1 inch.

Both Asus ZenBook UX330UA and Acer Swift 3 are categorized as a mid-range laptop. Thanks to the Intel Core i5 processor — and the 8GB RAM, you can expect more regarding the performance. In addition to standard computing tasks like editing documents, browsing the web and watching YouTube videos — you can also use this laptop for image editing or graphic design. Image-based apps like Photoshop and Adobe Illustrator will run smoothly on those laptops without showing any lag.

As said a couple times, Asus ZenBook UX330UA is powered by the 8th generation of Intel Core i5 processor. With the support of 8GB RAM, the performance of this laptop is satisfying. You can try using this laptop to match 20,000 names to addresses on OpenOffice and it will finish the task in less than 4 minutes. The performance of the graphic engine is also good enough. During the test, the integrated Intel UHD Graphics 620 graphics of this laptop ran the modestly demanding Dirt 3 racing title (set to medium graphics at 1080p) at 27 frames per second.

Since Acer Swift 3 has a larger screen size than Asus ZenBook UX330UA so it is a better suited option if you are going to use your laptop for running image-based software like Photoshop. It is also a better choice for watching videos, be it on YouTube or something else. Since the full specs of Since Acer Swift 3 is not much different to its competitor from Asus, the overall performance of this laptop is a not much different as well.

When you use it to run Google Chrome, you can open up to more than 30 tabs at once with one of which is a 1080p video streaming. This laptop will keep running smoothly without showing a lag for those tasks. If you test this laptop on OpenOffice, it capable of pairing 20,000 names and numbers on a spreadsheet macro in 3 minutes and 51 seconds. The graphic of this laptop itself — which is the same as Asus’s ZenBook — played Dirt 3 at 60 frames per second (fps).

Both Asus ZenBook UX330UA and Acer Swift 3 come with different software package. Not all pre-installed software might will be useful. One thing you need to know first, those two laptops are pre-installed Windows 10.

The pre-installed software offered by Asus ZenBook UX330UA is fewer than Acer’s Swift 3. You will only get Windows a set of Asus utilities — along with other apps like The LiveUpdate and Candy Crush Soda Saga. On the other hand, Asus Swift 3 gives you more apps, including eBay, Evernote, Priceline, Dashlane, Amazon, Netflix and WildTangent Games. Not all those apps will needed, of course.

Both Asus ZenBook UX330UA and Acer Swift 3 are powered by the 8th generation of Intel Core i5 processor so performance is not a serious problem. The SSD and 8GB RAM are another aspects to make the performance of those laptops faster. The elementary difference between the two is the screen size, which obviously affects the entire body the laptops.

On the pre-installed software side, Acer offers software than Asus, but not all users need them. Overall, be it Asus ZenBook UX330UA is Acer Swift 3 is good enough, especially is performance is the thing you consider the most when choosing a laptop.

The day after Thanksgiving, otherwise known as Black Friday, is one of the biggest shopping days of the year with 93.9 million online deal...
Read more
Hardware

Pink color mostly associated with girls that way whenever we talk about pink color we directly know that we are talking about girls. Girls...
Read more
Hardware

Are you looking for the best laptop to play? That can be a bit tricky, even overwhelming when it comes to choosing the top...
Read more
How To

Having a computer that just decided to stop working can be a living nightmare. New PCs are expensive and a lot of work to...
Read more
Hardware

Whether you are going to buy a laptop for the first time or have owned a few in the past, still you are likely...
Read more