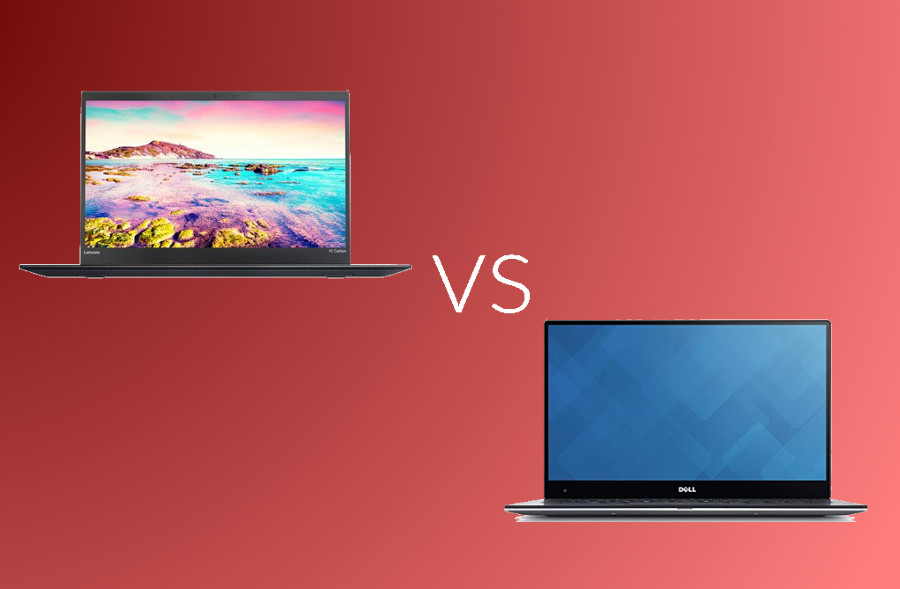 Lenovo firstly launched ThinkPad X1 Carbon in 2012. The laptop came with a high specs and was projected to compete with other high-end laptops like XPS 13 from Dell. Since 2014, Lenovo is always updating its high-end laptop line with a new version. This year, the 6th generation of Thinkpad X1 Carbon was introduced at the Consumer Electronics Show event.

Same as ThinkPad X1 Carbon, Dell XPS 13 was also firstly launched in 2012. XPS 13 is Dell’s first Ultrabook. XPS 13 has also undergone some changes since its initial release. Both XPS 13 and ThinkPad X1 Carbon are high-end laptops, with the similar specs. So, comparing them would be a reasonable idea.

But first, you need to know that be it Dell XPS 13 or Lenovo ThinkPad X1 Carbon are available in different variants. The variants I am going to compare here are the one with the full specs as follows.

When you conduct an online research to compare the specs between Dell XPS 13 and Lenovo ThinkPad X1 Carbon, don’t be confused if you find different specs than shown on the table above. As I said earlier, both XPS 13 and ThinkPad X1 Carbon are available in several variants.

Since the initial release, be it Dell and Lenovo have added some changes to the high-end laptop series they belong to. The latest version of XPS 13 and ThinkPad X1 Carbon are powered by the 8th generation of Intel Core i7 processor, supported by a 16GB of RAM. Thus, performance is not a big issue if you use them as a business laptop. In addition to their superb performance, the two also have an excellent battery life. You will be able to use them continuously for more than 10 hours without recharging.

Dell doesn’t make too much changes to the design of its XPS 13 line since its initial release in 2012, or probably hasn’t. The design of XPS 13 looks great and elegant with a thinner bezel edges (right and left). On the one hand, the thin bezel edges make Dell XPS looks pretty cool. It gives a wide look on the screen. On the other hand, there is no space for a webcam. As a result, Dell puts the webcam on the bottom side of the bezel which has a wider space than the edges as well as the top side. Some users complaining this, especially those who often use their laptop to make a video call since they have to look a down every time they are having a video call with someone, which is a bit weird since your interlocutor will able of seeing your nostril.

If you have no problem about it then the design of XPS 13 is nice.

To be honest, the design of XPS 13 is better suited to me than ThinkPad X1 Carbon. But sometimes everything is about taste. XPS 13 has an ergonomic keyboard as well as a large buttonless touchpad. Just like other Ultrabooks existing in the market, Dell XPS 13 also has a thin body, about 0.6 inches and a weight of 2.78 pounds. 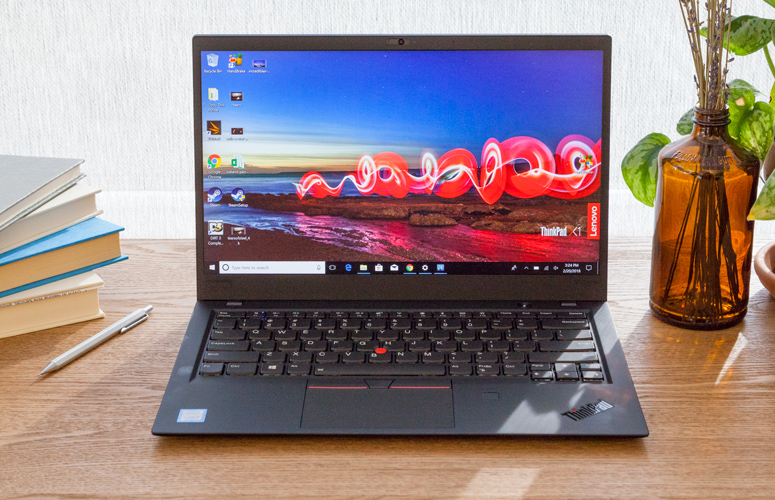 ThinkPad X1 Carbon has a larger screen than XPS 13 so the overall body of this laptop is also larger. It also has a thin body — about 0.5 inches — just like the vast majority of Ultrabooks. The bezel of ThinkPad X1 Carbon looks “normal”. The top and bottom sides look thicker than the edges. Thus, there is nothing odd in the terms of webcam placement. You can have a video call without having to look down as the webcam is located on the top side of the bezel. Likewise, your interlocutor doesn’t have to look at your nostril.

Be it Dell XPS 13 or Lenovo ThinkPad X1 Carbon are intended to be a high-end business laptop. With the engine of each of laptop (the latest version) is powered by the 8th of Intel Core i7, there is no serious problem in terms of performance. As long as you are not using your laptop to run games that require high graphic card.

The standard way to check the performance of a laptop is by opening a several apps at once. Also, you can open multiple tabs on web browser. During the test, I opened several apps including GIMP, LibreOffice, Chrome, a music player, text editor and file manager. On Chrome, I opened multiple tabs at once — including a 1080p YouTube video — and I was still be able to switch between the tabs and windows smoothly. The graphic performance of XPS 13 is also not too disappointing. During the test, XPS 13 was able to run a racing game Dirt 3 at 56 frames per second.

Same as Dell XPS 13, the overall performance of ThinkPad X1 Carbon is also not too disappointing. The method to test the performance of this laptop is not different to XPS 13. I also opened several apps at once including an image editor (GIMP), web browser (Chrome), music player (AIMP), text editor (Notepad++) and spreadsheet app (LibreOffice Calc). I also opened multiple tabs on Chrome. With all those tasks running, I was still be able to switch between windows and tabs on Chrome without any delay (no lag). Same as XPS 13, I also used HandBrake to convert a 4K video to 1080p resolution and it took ThinkPad X1 Carbon 19 minutes to finish the task. On the LibreOffice Calc test, it took ThinkPad X1 Carbon 1 minutes and 4 seconds to match 65,000 names with their addresses.

Other than Windows 10 as the operating system, be it XPS 13 or ThinkPad X1 Carbon don’t offer much apps. On XPS 13 you will only get apps like Help and Support app, as well as Waves MaxxAudio control panel for sound. Meanwhile, ThinkPad X1 Carbon comes with The Lenovo Vantage which you can use to set the audio, camera, system thermals, keyboard and pointing devices.

Both Dell XPS 13 and Lenovo ThinPad X1 Carbon are high-end business Ultrabooks. They are particularly a brilliant choice if you are looking to use your laptop for on the go need. The two have an excellent battery life, allowing you to work at a place without an electricity source for longer than 10 hours. Performance is not a problem. But again, these laptops have never intended to be a gaming laptop.