HP Spectre X2 vs HP Elite X2: Which One You Should Buy?

HomeProduct ComparisonHP Spectre X2 vs HP Elite X2: Which One You Should Buy?

HP Spectre X2 vs HP Elite X2: Which One You Should Buy? 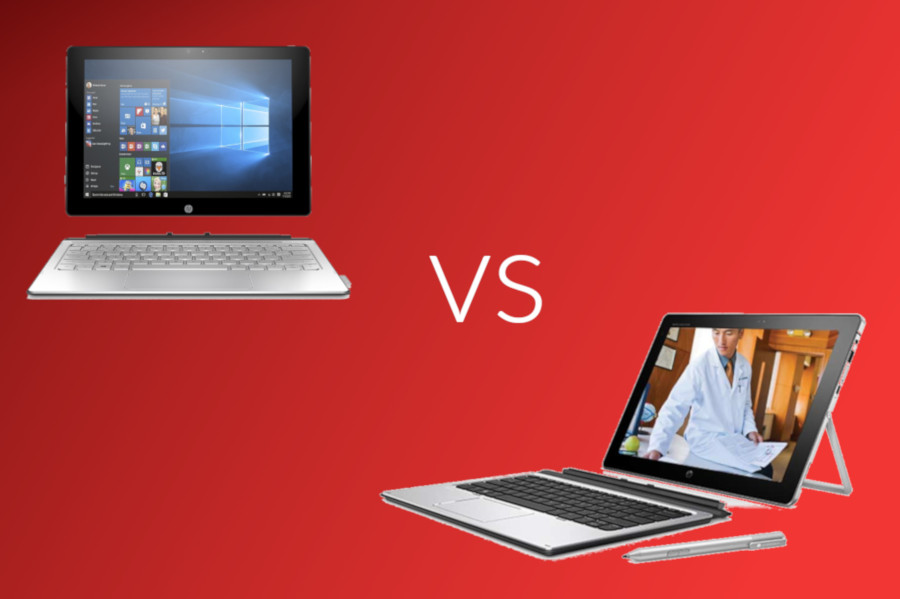 A 2-in-1 laptop is often chosen by business men to fulfill their needs of portable computer. 2-in-1 laptop is chosen since it is adaptable. You can use it as a conventional laptop and turn it into a tablet mode when you need to. HP Spectre X2 and HP Elite X2 are two 2-in-1 laptops from HP. They come with a detachable design.

Those two hybrid laptops are powered by Intel Core M processor. Core M itself is a family of ultra low-voltage processor that is designed specifically for ultra-thin notebooks and 2-in-1 detachable devices.

Both Spectre X2 and Elite X2 can be an affordable alternative to Microsoft Surface. Well, the prices of those two hybrid laptops are still look expensive. At least not as expensive as Microsoft’s hybrid laptops. So, which one you should buy?

Before answering the question above, let’s take a look at their specs below first.

As you can see on the table above, be it Spectre X2 or Elite X2 use the same processor. They also use SSD as the storage medium, which can affect the overall performance of a laptop. SSDs have no moving parts like HDDs so it can read/write data much faster than HDDs.

Both HP Spectre X2 and HP Elite X2 come with a detachable design. You can use them as a conventional laptop with a physical keyboard. On other occasion you can also turn them into a tablet when you need to. This gives you a flexibility. When meeting with a client or business partner at a coffee shop you sometimes prefer to carry a laptop rather than laptop, while being at the office, you tend to be more comfortable working with conventional laptop. From a single device, you can get an experience of conventional laptop and tablet respectively with HP Spectre X2 and HP Elite X2. 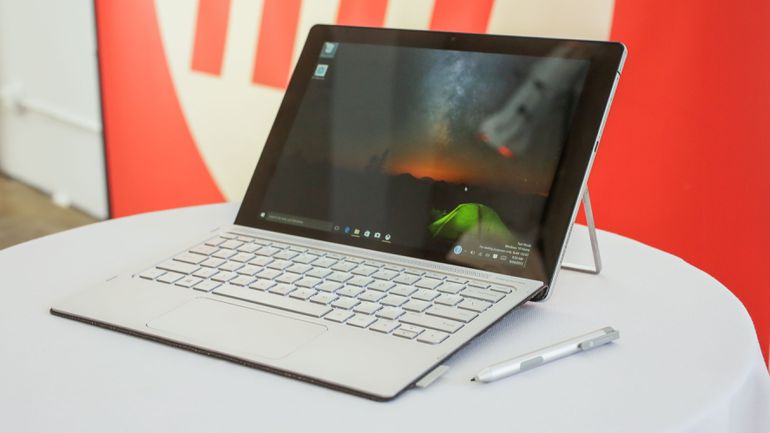 The design of HP Spectre X2 looks cool and elegant, especially the one with the grey keyboard (there is also a model with black keyboard). At a glance, the design of this hybrid laptop is pretty similar to Microsoft’s Surface. The overall body of this laptop is thin enough. The keyboard component, which you can detach to separate it with the monitor, is thinner than the monitor component since all of the ports are placed on monitor. It is because the monitor component will turn to a tablet once you detach the keyboard. There is no port at all you will find on the keyboard.

You can attach the detachable keyboard via HP’s proprietary magnetic connector which features a solid metal back. Spectre X2 itself has a brushed metal finish to give a fancy-look. Spectre X2 is also equipped with a kickstand to sustain the laptop when you use it in the laptop mode. However, there is a minor problem regarding the this kickstand. To use it, you need to press a superstiff slide release on the left side of the system. 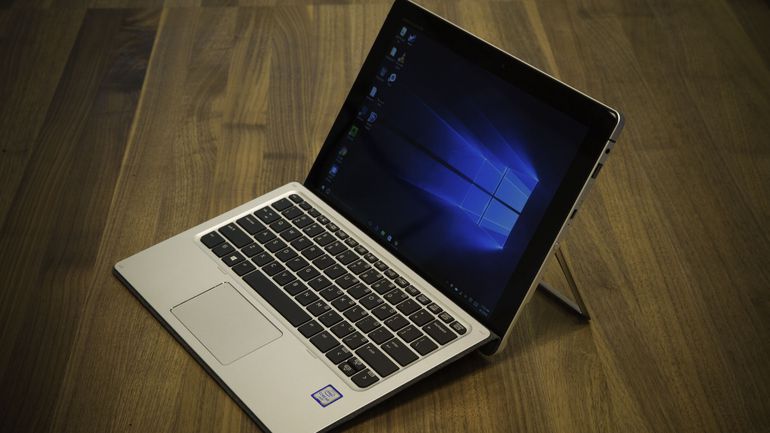 The overall design of Elite X2 is not much different to its brother Spectre X2. This hybrid laptop also has a sleek design and professional-look. You will also find no ports on the keyboard. All ports are placed on the monitor/tablet. The keyboard of Elite X2 is also ergonomic enough, with a wide touchpad. This hybrid laptop also has a brushed-aluminum body. On the back side of the monitor, you will also find a kickstand just like on the Spectre. The difference is, you will find no unnecessary push-button release like you can find on Spectre. Instead, you get just a simple cutout so you can pull out the stand quickly and easily.

Finally, we have come to this part. Performance is the aspect you have to consider the most when you want to buy a new laptop. With an SSD and 8 RAM, Spectre X2 is more than enough for handling simple computing tasks like browsing the web with multiple tabs open or editing documents on an office suite app. So do Elite 2. If you wish a faster laptop you can choose the model with a 8 GB RAM instead of 4 GB. Both hybrid laptops are powered by the same processor, Intel Core m7-6Y75 which has the clock speed of 1.2 GHz.

HP Spectre X2 is a laptop with the segment of business men or professionals. It is intended to be a competitor of Microsoft Surface. With the specs like you can see on the table above, Spectre X2 is more than enough for getting done office tasks like editing documents, making a report using spreadsheet software and so on.

As usual, the best way to check the performance of a business laptop like HP Spectre X2 is by opening multiple tabs on Google Chrome. It is a good method since Chrome is a memory-thirsty app. On the Chome test, I had 10 tabs open in Chrome while streaming a 1080p video from YouTube. Spectre X2 showed no lag or slowdown at all. I was able to switch from a tab to another one without any lag. I also opened several other apps while accessing Chrome. On the LibreOffice Calc test, this laptop matched 20,000 names and addresses in 5 minutes and 34 seconds.

To test the graphich card, I played World of Warcraft at 1920 x 1080p and auto settings. Spectre X2 managed 41 frames per second, which is playable enough.

HP Elite X2 is available in a vary of RAM sizes. The model used on this test is the one with a 8 GB RAM. The performance is satisfying enough. I also opened multiple tabs on Chrome at once with one of the tabs was a 1080p YouTube video. At the same time I also opened other apps, including LibreOffice Calc. Everthing was fine. Elite X2 showed no lag and I was able to switch from a tab and window to another one smoothly. Another test include copying 4.97GB of files. Elite X2 notched a transfer rate of 147.89 MBps. The performance of the graphic card is also not bad. On 3DMark’s Firestrike graphics test, the Intel HD Graphics 515 of Elite X2 notched 780. Not bad at all for an integrated graphic card.

Spectre X2 and Elite X2 are sold by the same company so they has the same warranty. HP offers a standard one-year limited parts and labor warranty for those two laptops.

For pre-installed software, HP doesn’t offer much. Other than Windows 10 as the operating system, there is no exclusive software offered. On the HP Spectre you will get a McAfee Live Safe, while on the Elite X2 you will get a handful of HP utilities like HP’s Help and Support app, HP ePrint, and HP Touchpoint manager.

Both Spectre X2 nand Elite X2 are designed for business, with a detachable keyboard. So technically, you actually buy two devices: a laptop and tablet. The prices of Spectre X2 and Elite X2 are expensive enough. At least they are still cheaper than Microsoft Surface. You can compare the price of those laptops by clicking here for Spectre X2 and here for Elite X2. Be sure to notice the detail specs when comparing since they are available in different configurations.

Overall, there is not much difference between those two hybrid laptops from HP. Be it performance or design. One of the key differences is that Spectre X2 has a microSIM to allow you accessing the internet via broadband network. On the design side, Elite X2 has a better kickstand than Spectre X2.