HP Spectre X360 vs Surface Pro 4. Which One You Should Buy?

HomeProduct ComparisonHP Spectre X360 vs Surface Pro 4. Which One You Should Buy?

HP Spectre X360 vs Surface Pro 4. Which One You Should Buy? 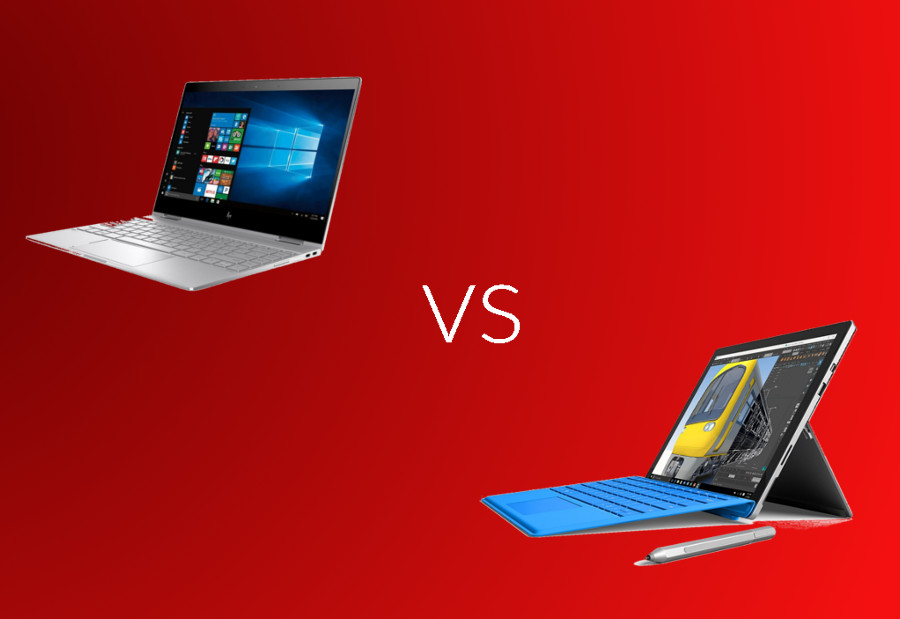 Spectre X360 is a convertible laptop from HP. You can use it as a conventional. On other occasion, you can also turn it into a tablet thanks to the 360-degree hinge. Spectre X360 has a beautiful design and superb engine with the 8th generation of Intel Core i7 processor.

Surface Pro 4, on the other and, is a 2-in-1 laptop that can be an ideal option for a professional or business men who have a high mobility. Natively, Surface 4 is a tablet device, but you can turn into a laptop with a physical keyboard for a more comfortable typing. Although come with a little different concept, both Spectre X360 and Surface Pro 4 are comparable enough. For a business use, the specifications offered by those two devices are high enough.

In terms of specs, Spectre X360 is a bit better than Surface Pro 4. It has a higher processor, more spacious storage capacity and bigger default RAM size.

However, it doesn’t mean that you can conclude that Spectre X360 is better than Surface Pro 4. It all will depends on how you will use your laptop. For a business need, the specs offered by Surface Pro 4 are more than enough. But, there are many other aspects you need to notice before making a decision. So, read on.

Be it Spectre X360 or Surface Pro 4 have a nice enough design. They come with a modern design and look fancy. HP Spectre X360 combines silver accent with black. It has a flexible yet strong hinge to allow you turning your laptop into a tablet mode by swiveling your screen until 360 degree. 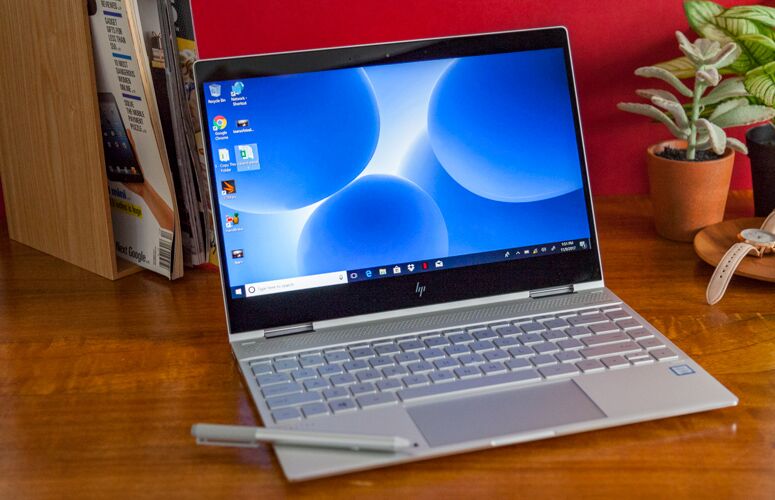 As mentioned earlier, HP Spectre X360 combines silver and black on design. The result is not so bad. HP Spectre X360 looks pretty nice and modern. The body of this convertible laptop itself is made of aluminum material. HP has made some changes to the design of Spectre X360. The earlier model has a curved design while the new version is a pair of hard-angled pieces when the laptop is closed.

HP Spectre X360 is a convertible laptop. To turn it into a tablet you can simply swivel the screen. And since this laptop is also projected to be a tablet device other than conventional laptop, fingerprint reader and button power are located on its edges. Spectre X360 has more ports than Surface Pro 4. As a result, its overall body is a bit thicker than Surface Pro 4. HP Spectre X360 is not a detachable laptop so it has no kickstand to prop the screen when you use as conventional laptop. 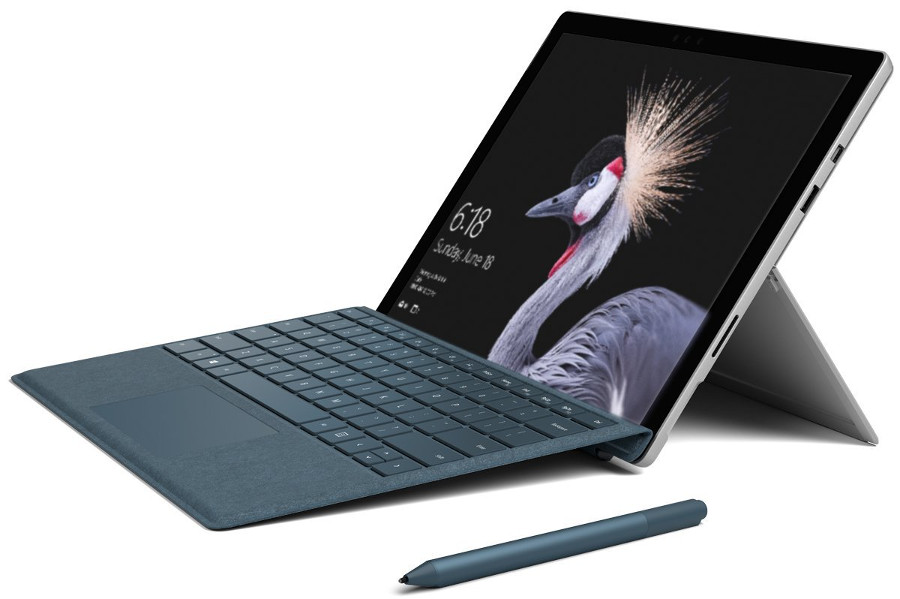 Surface Pro 4 has a smaller body than Spectre X360. If you are going to use your device on the tablet mode more often then I think Surface Pro 4 is a better suited option. The reason is because this device is primarily designed as a tablet. Just like other Surface devices, Surface Pro 4 also has a modern, fancy design. Surface Pro has a solid magnesium body. It has a friction-hinge kickstand to help prop the screen when you use it in a laptop mode. There is a handy holder on the edge of this device body to hold the stylus.

One thing you need to know if you start interested to buy this Surface Pro. All accessories, including keyboard (Type Cover) and stylus, are sold separately. So, don’t expect you can turn it into a laptop with a physical keyboard if you just buy the tablet device. Surface Pro 4 has a thin vent that runs part of the way around the edge to help cool the system. If you have Type Cover installed and want to turn your device into a tablet mode, the Type Cover flips around and lies flat against the back. Since Surface Pro 4 is primarily designed as a tablet device, it comes with fewer ports.

By default, Spectre X360 also has a bigger RAM than Surface Pro 4. Both devices use SSD as the storage medium. This helps them to run faster compared to laptops with HDD, especially on the booting process.

Spectre X360 comes with a 16GB of RAM and is powered by an Intel Core i7 processor. No wonder if the performance of this 2-in-1 laptop is pretty fast. For a business laptop, the specs offered by this laptop are arguably superb. As usuall, Google Chrome is the best app to test a laptop performance since it consumes plenty enough memory. You can use Spectre X360 to open multiple tabs at once to open the Giphy, Slack, TweetDeck, Google Docs and a 1080p YouTube video and you will keep be able to switch between tabs smoothly without lag.

The performance of the graphic engine of Spectre X360 is also not so bad. It is capable of running the Dirt 3 racer at 56 frames per second. Furthermore, this laptop also performed well enough on 3DMark’s Ice Storm Unlimited graphics test, with a solid score of 79,528, which exceeds the 58,980 category average.

It’s true that Surface Pro 4 has lower specs than Spectre X360. Still, for a business laptop the specs of Surface Pro are superb enough. So, expecting more on performance is reasonable enough. The performance of Surface Pro 4 is not embarrassing. Try to open about 20 tabs at once on Chrome and you will find your Surface keep running smoothly and you can also be able to switch between tabs and windows smoothly without lag. On the LibreOffice test, this 2-in-a laptop was able of matching 20,000 names and addresses in just 4 minutes and 11 seconds. Just for your information, it was a minute faster than the HP Spectre X360 (5:04)

What about the performance of the graphic?

Surface Pro 4 scored 843 3DMark’s Fire Strike graphics test. When used to run World of Warcraft at 1920×1080 at auto settings, it managed a definitely playable 47 fps. As a comparison, Macbook Air managed a respectable 33 fps at the same settings, but at a lower resolution of 1400×900.

Both Spectre X360 and Surface Pro 4 can be categorized as high end laptops. Although they are not aimed at gamers, the specs offered by those two are high enough. No wonder if their prices are also expensive enough.

Conversely, if you plan to use your device primarily on the laptop mode than Spectre X360 is a better choice. Both devices come with a high enough specs so performance is not a big problem. Especially if you use your device for handling basic computing tasks like editing document and browsing the web.