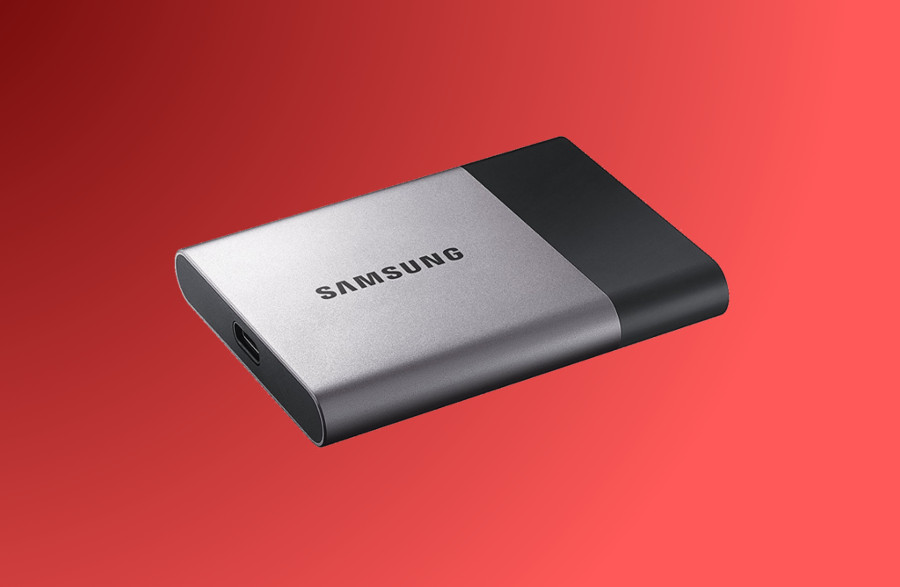 Samsung is a tech company that diligent enough releasing portable SSD devices. One of which is T3, which is the successor of T1. Adopting the technology of USB 3.1, this SSD offers faster data transfer than its predecessor. But first, you need to ensure that the device you plug the T3 into also has a USB 3.1 port to be able to get the most out of the USB 3.1 transfer speed.

In addition to faster data transfer, design is another highlight of Samsung T3 SSD. This portable SSD comes in a tiny design, smaller than the average of adult palms. Its compact design allows you to easily carry the portable SSD around. You can, for instance, slip it to your pocket to carry it to the coffee shop to transfer work files with your colleagues.

Samsung T3 is compatible with all major platforms, including Windows and macOS. The official introduction doesn’t mention that T3 is compatible with Linux, but don’t worry if you are a Linux user. Samsung T3 runs very well on Linux. It’s just, you won’t be able to protect your data with password since the Samsung’s software used to do so only runs on Windows and macOS. 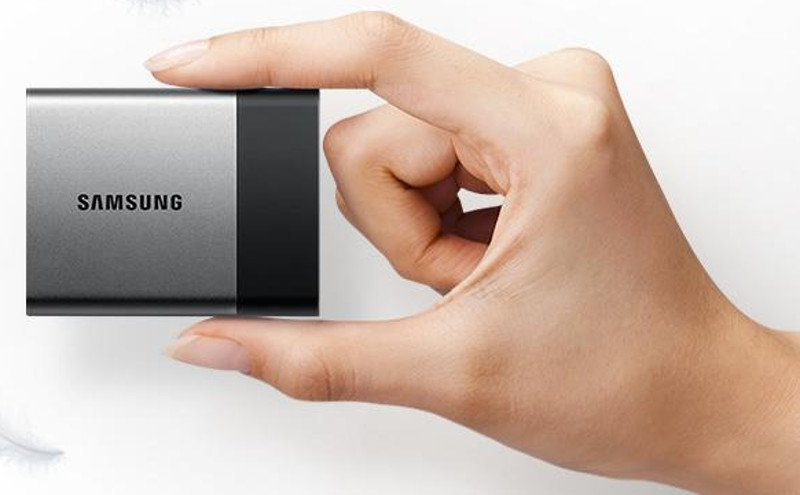 You can see the picture above to know design of Samsung T3. As you can see, Samsung T3 Portable SSD has a very small design, smaller than your palm. At 2.3-inches wide and 3-inches long, Samsung T3 roughly the same size as a business card. The design of this portable SSD looks fancy with a new luxurious velvety texture.

Samsung T3 comes in a silver design, combined with black. The USB port is placed on the bottom of SSD’s body. Samsung also made the design of T3 to be shock resistant. You can drop this portable SSD from an upstair and it won’t break down. As long as the upstair is not too high. This portable SSD is strong enough because its case is made of metal. Plus, it also features internal frame that is capable of withstanding up to 6.5-foot drop.

The compact design of Samsung T3 gives you much advantages. It won’t consume too much space if you have to slip it to your bag. Or, you can slip it to your pocket on a meeting with colleagues or business partners for exchanging data.

When it comes to portable SSD, security is the feature you should consider the most. Samsung T3 comes with AES 256-bit encryption algorithm to protect your data. You can protect your data with password so no one will be able to access your data unless those you have shared the password with. However, as I said earlier, Linux users won’t be able to use this feature since Samsung’s software can’t run on Linux.

As you can see on the specs table above, Samsung T3 is capable of transferring data with the speed up to 450 MB/s. However, it’s just a Samsung’s claim. So, how it the reality?

In order to get the most out the USB 3.1 transfer speed, you need to ensure the device you plug the Samsung T3 to also has a USB 3.1 port. Then you can expect more on speed. The reality showed that Samsung T3 didn’t reach its theoretical maximums, but it’s close enough. On a non-UASP USB 3.0 port, transfers were almost exactly 300MBps each way. It’s not bad at all. You can transfer large files in seconds with it.

Samsung T3 portable SSD is available in four different sizes so the price are vary depends on the capacity you choose. The natural law. The higher capacity you choose, the higher its price. Be sure to choose the one according your need. If you are going to use your portable SSD to store multimedia files or RAW files, the one with 1 TB or 2 TB capacity is more recommended, although you need to spend more capital upfront.

Overall, Samsung T3 is a good product. It so much worth-buying. It’s probably not the best portable SSD in the market, but I can say that it one of the bests. It has a cool design. Simple but looks modern. It also has an satisfying enough performance. Plus, it also has a good security feature and shock resistant design.