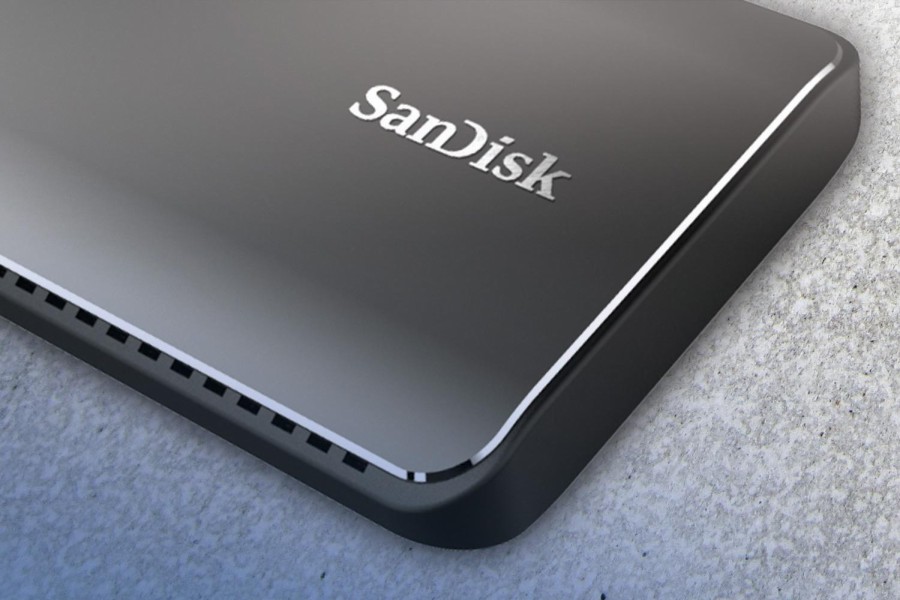 SanDisk claims that Extreme 900 is capable of transferring files with the speed up to 850 MB/s (read/write). It’s because Extreme 900 supports USB 3.1. It also includes a USB-C port. Well, the test showed that what SanDisk claimed was not proven. In the USB 3.1 test it scored a sustained copy speed of 313MB/s and 269MB/s for writing and reading. With USB 3.0, it registered 165MB/s and 260MB/s for writing and reading. Still, this drive is by far one of the fastest portable drives on the market. With that speed, you can copy large files much faster than hard drive.

SanDisk Extreme 900 itself comes with a rectangle design, with curved corners. To be honest, the design of this portable SSD is not too exclusive, especially if you are a fan of a small-sized devices. But before judging its design, let’s take a look at its specs first.

As mentioned earlier above, the design of SanDisk Extreme 900 is not too cool, especially if you are a fan thin-sized device. The design of this portable SSD is a bit bulkier than some portable SSDs available in the market today, say Samsung T3. However, it is still reasonable and you can keep be able to slip it to a large pocket. SanDisk Extreme 900 is protected by a shock-resistant aluminum and rubber casing.

In addition to its shock-resistant casing, there are several other features you will get from Extreme 900. As you can see from the specs table above, Extreme 900 features 128-bit AES encryption. To be able to use this security feature, Extreme 900 also comes preloaded with security software (SanDisk SecureAccess). Once the software installed, you can protect your files with 128-bit AES encryption. It’s just, you need to truly be careful if you want to use this feature. Once you forgot the password, you won’t be able to access your data anymore. In other words, you would be losing your data. Only use this feature if you think you really need it.

The SanDisk Extreme 900 itself comes preformatted with in the exFAT file system. If — for a certain reason — you want to change its default file system — you can do so using disk management software like EaseUS Partition Master or AOMEI Partition Assistant. Extreme 900 itself includes two USB cables: one pure USB-C cable and another USB-C to USB-A cable.

As mentioned on the second paragraph above, the performance of SanDisk Extreme 900 is not too disappointing. It is capable of copying files with the speed up to 313MB/s although SanDisk claims that Extreme 900 is capable of transferring files with the speed of 850 MB/s. Still, 313MB/s is not a bad number. With that transfer speed, you will be able to copy the total of 10GB files for less than a minute. Just be sure that the device you plug the Extreme 900 into also supports USB 3.1 to get the most out of the transfer speed.

Please note the prices above are the prices on Amazon. Other shops might sell Extreme 900 in different prices.

To answer the question, we have the conclusion as shown on the table below.

Overall, SanDisk Extreme 900 is a good product. It is one of the fastest portable SSDs available on the market today. It’s recommended enough if you need a portable storage medium. Its shock- and vibration-resistant design can be another good point you can consider, despite its bulkier casing.