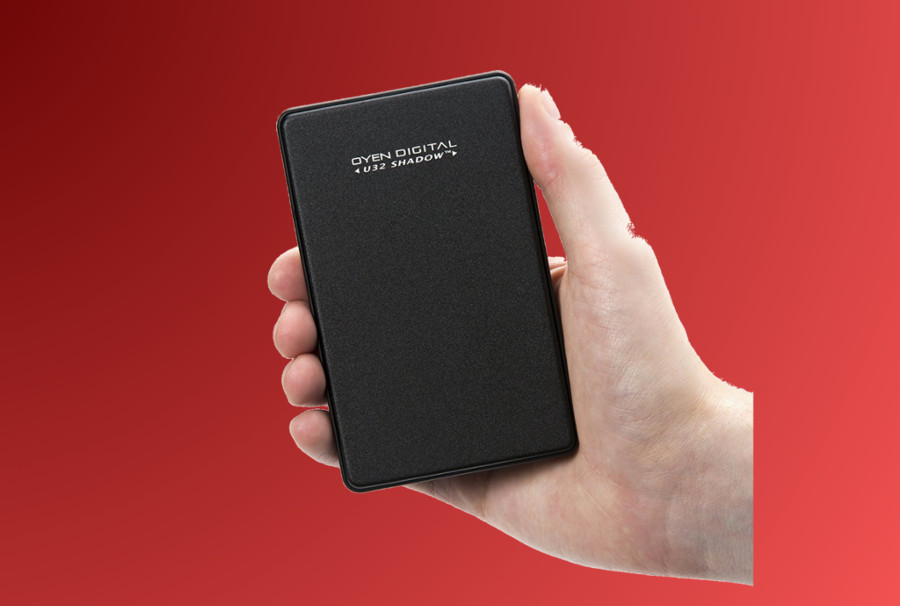 Compared to HDD, the capacity of the vast majority of portable SSDs in the market tend to smaller. However, there are some SSD manufacturers that release portable SSDs with a huge capacity. One of which is Oyen Digital through U32 Shadow. It is a portable SSD that offers a 4TB storage capacity.

Well, 4TB is not the only capacity offered by U32 Shadow. This portable SSD is available in several storage capacities, including 128GB. But still, 4TB is something that can be proud of since it is not a norm when it comes to portable SSD.

If you are a professional photographer or videographer and is looking for a large capacity portable storage, I won’t be hesitate to suggest this unit. Especially if data transfer speed is something that you consider the most. With no moving components, an SSD is capable of transferring data much faster than a HDD which relies on plates. Following are some more details about U32 Shadow in case you started interesting to consider it. 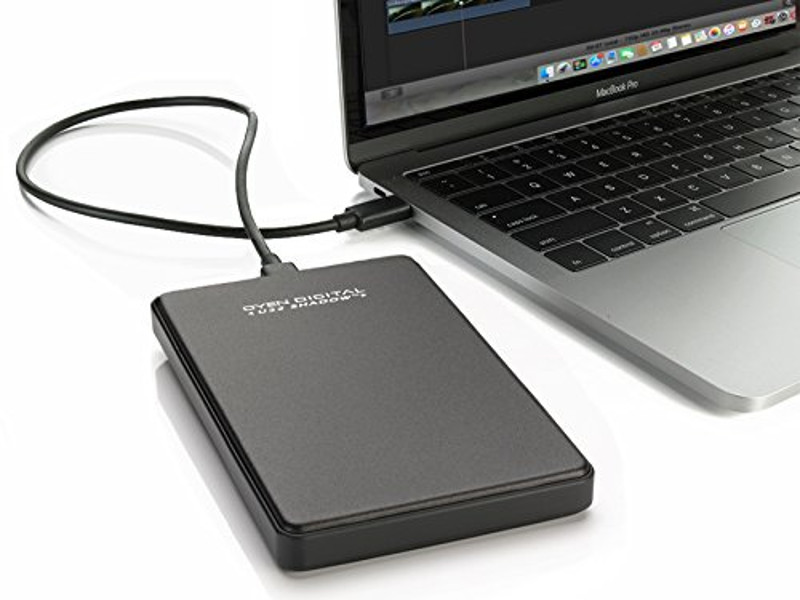 To be honest, the design of this portable SSD is not too exclusive. It has a rectangle shape. Its design tends to similar to Toshiba’s Passport. The overall body of U32 Shadow is not too big with the dimension of 5 x 3 x 1 inches. There are many portable SSDs in the market that have a smaller dimension like Samsung T3. In case you prefer a smaller portable SSD, Oyen Digital has also released the smaller version of U32 Shadow which is called U32 Shadow Mini, measuring 4 x 2.3 x 0.4 inches.

The design of U32 Shadow might looks simple enough, but it features an aluminum body engineered to effectively dissipate heat and provide durable protection. Not all portable SSDs has this sort of feature. U32 Shadow has only a single port on the bottom side of the body. Overall, the design of U32 Shadow looks great enough although it is not too exclusive.

The minor thing about this portable SSD is that it is lack enough of features. In addition to aluminum body which helps to dissipate heat, there is no other features offered by this portable SSD. Not even security feature.

Some portable SSD models, like Samsung T3 and SanDisk Extreme 900, come with an application level security feature. You can protect your data with a password so only those you have shared the password with will be able to access your data. However, the security feature offered by those two portable SSDs only run on Windows and macOS. It won’t run on Linux.

I am not sure if this sort of security feature is important for you. One thing, U32 Shadow doesn’t offer it. If you really need this feature you can probably look for a third party app to protect your data.

U32 Shadow is a portable SSD that offers USB-C port — which is compatible with USB 3.1/3.0 and Thunderbolt 3. You can expect more on speed when transferring a large data with it. One thing. Just be sure that the device you are plugging the U32 Shadow to also supports USB 3.1, USB 3.0 or Thunderbolt 3 to get the most out of the data transfer speed.

As you can see on the specs table above, U32 Shadow is capable of transferring data with the speed up to 500 MB/s. In reality, you will probably only see the data transfer speed in the range between 260 MB/s to 300 MB/s. Still, it is a huge enough number. You can, for instance, transfer a total of 10 GB files less than a minute.

U32 Shadow is a good product. It’s an ideal enough choice if you are looking for an affordable portable SSD. As a comparison, with the same storage capacity (256 GB), U32 is sold about $60 cheaper than Samsung T3. The reason is probably because U32 has not much features like Samsung’s T3. The performance of U32 Shadow is reliable enough since it supports USB 3.1.