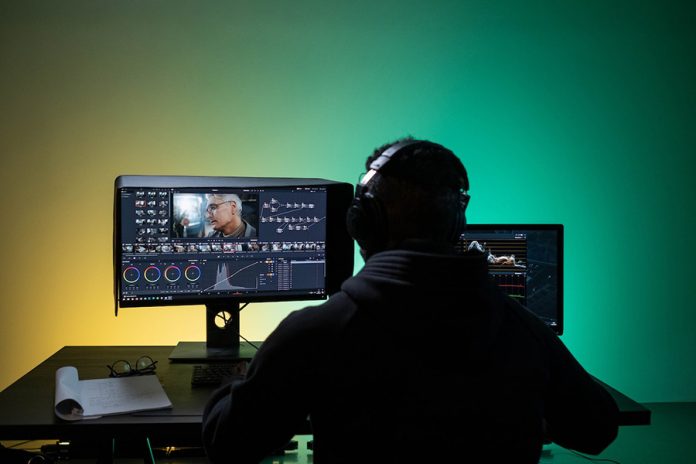 Video content has fast become the visual medium businesses prefer to use to reach their target audience. Businesses are looking to video more than ever to increase brand awareness and stay top-of-mind with their customers.

Video also presents businesses with an affordable and accessible way of reaching their target audience, with almost three-quarters (72%) of consumers watching videos on websites, mobile apps, or streaming services daily. Having the right tools and a solid video production process are key to creating professional videos. From shooting to editing, there are a number of steps to take to produce a video that your audience will love.

Read on for an overview of the video production process, so you can streamline creation to produce video content quickly, efficiently, and cost-effectively. Whether you’re just starting or want to refine your current workflow, this article covers everything you need to know about the production process for business owners who want to create professional videos.

What is Video Production?

For a product video, the production process might involve the purchase of props, hiring a camera operator, and sourcing stock photos or videos to be featured in the video. Explainer videos are created to teach viewers something, so the production process could involve sourcing stock photos/videos, creating a script or storyboard, hiring a voiceover artist, and hiring a designer to create visuals that complement the audio.

Storyboarding is one of the first steps in the video production process. It’s a sketch of your video’s content and scenes, which allows the team to visualize the flow and structure of the video. A storyboard can be created using a whiteboard and sticky notes, sketching on paper, or using digital tools such as a storyboard software. As the name suggests, a storyboard is like an outline for a video. It includes a visual representation of each scene and any dialogue, narration, and on-screen text that will appear in the final video.

A storyboard for a video is typically about 1–2 pages long and contains sketches of the scenes. It also includes details about the type of shots you plan to use and any graphics that need to be included in the video. While creating a storyboard, you may also want to think about the video’s key message. The storyboard should support that message and be visually engaging and easy to follow.

Once the storyboard is complete, it’s time to write out the script and record the voiceover. A script is a written representation of the voiceover. The goal of a script is to describe the content of the video, while a storyboard is written to visualize the flow and structure of the video. The script can include each shot in the video, along with any text that will appear on-screen. It should also include the name of any off-screen voices (e.g., interviewees).

Next, it’s time to shoot the video. Shooting typically happens in one or two days, depending on the video’s length and the shoot’s complexity. There are three main components to a shoot:

If you’re planning to shoot on location, you must choose a location that reflects your brand and story. You should also consider your target audience when choosing a location. Depending on the shooting format, you might also need to hire a location permit.

Consumer-grade cameras are generally easier and cheaper to use than professional cameras. For example, a DSLR camera is an investment that requires both time and money to learn how to use it properly. While DSLR cameras are ideal for creating high-quality footage, they may not be best for every situation. Using a consumer-grade camera, such as a GoPro or smartphone, might be more practical for a given shoot.

The last step in the video production process is video optimization. Video optimization combines various techniques that allow your video to rank highly on the search engine results page (SERPs). The goal is to make your video accessible to many people. Video optimization includes selecting the right title, description, and tags and creating closed captions. The title, description, and tags are essential to your video ranking on YouTube (more on that in a moment). They’re also visible to search engine users browsing the SERPs. Closed captions allow the deaf and hard of hearing to access your video content. They’re also a ranking factor for Google and can help improve your click-through rate (CTR) from search results.

Video is a powerful content marketing tool that you can use to educate and inspire your audience. You can also use it to provide context for your work, break down complex topics, and get your message across more engagingly. Keep in mind that creating a video is a time-consuming process. Depending on the type of video you’re creating, it could take several weeks. However, the time and effort are worth it if your video reaches a large audience and helps build your brand.