7 Essential Skills Everyone with a Career in IT Needs

HomeProfessional7 Essential Skills Everyone with a Career in IT Needs

7 Essential Skills Everyone with a Career in IT Needs 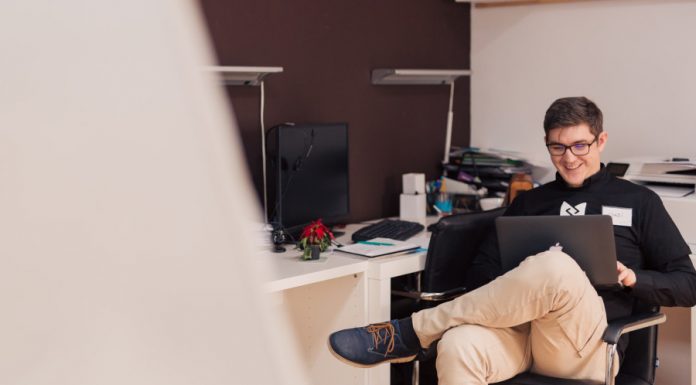 Anyone who works in information technology will quickly tell you that unless you’re in a very niche and specialised career, you’re often expected to be a bit of a jack of all trades around the office and contribute to many different aspects of your company’s IT needs and goals. Even if you don’t actively contribute to these different IT disciplines, understanding them means you’re going to have an easier time collaborating with different teams within your company and having a fundamental understanding and basic knowledge on many different aspects of technology can go a long way to helping you further your computer careers. Let’s take a quick look at some of these essential skills those working in information technology should try and gain.

While most people might never even see a computer running a Linux operating system thanks to the proliferation and ease of use of Microsoft Windows, the fact is that Linux in all its different flavours and types powers a very large part of the internet and enterprise hardware like network switches, IoT devices, cloud platforms and servers. So, being able to understand the fundamentals of Linux, how it works and even how to use it can help you engage with other teams, and in the planning and operations of these areas of your company. It can also open new areas of opportunity in your career if you gain a good working knowledge of Linux. It will always be a valuable skill to have as an IT professional.

Information technology is built on computer code. Everything we do in technology relies on the underlying software and code that powers it. Being able to write this code and being proficient at software development is probably the most important skill you’ll have as careers in information technology evolve over time. While you might not need to do software development in daily job role, being able to write scripts and automate parts of your job by becoming a proficient coder will open doors in your role now and in future roles you might want to get to. If you are interested in learning to code, a good way to do so is to become a Master in Computer Science from Wilfrid Laurier University.

The IT Infrastructure Library forms the basis of the way many enterprise organisations develop their processes and procedures for IT service delivery. It’s a library of five volumes that describe a framework of best practices for this service delivery and IT lifecycle and is widely used and adopted around the world. It was first used in the 1980s and is on its fourth iteration (ITIL v4). Not only is familiarising yourself with this framework incredibly valuable but obtaining even the basic ITIL Foundation certification allows employers to quickly see you have a base level understanding of ITIL and can integrate into their service delivery and IT lifecycle processes quickly and easily.

An Understanding of Statistics

Statistics in business are everywhere, and its no different in information technology. Having a basic understanding of statistics and how to work with and organise data in useful ways is a skill everybody should have, but even more so in IT. Knowing the difference between a probability distribution and regression analysis and what a standard deviation is might sound daunting if you’ve never worked with statistics, but in practice, a fundamental understanding of statistics and how they can be helpful to you is an essential IT skill.

The interconnectivity of modern IT systems is something we largely take for granted these days, particularly if you work in another area of information technology but being able to understand networking and internet technologies will give you a better appreciation and ability to work with the teams who support them. As technology improves, so does the speed at which servers and devices communicate with each other and what internet speeds are capable of. It can take some work to keep up with the shifts in these technologies. Being able to not only understand the physical connectivity used in networks but the technologies that drive them is a worthwhile skill to have.

Lateral thinking is another universal skill that can be applied to almost any career but finds a high degree of usefulness in information technology because of the way that many IT problems are solved. Lateral thinking is a term that describes a way of solving problems that uses imagination and creative thinking to come up with solutions. In information technology, it can be applied to find new and better ways of doing things and accomplishing goals and tasks. Lateral thinking can be learned and taught and while it’s sometimes a skill you pick up inherently while you’re studying towards a degree, it is also a skill you can practice and get better at.

You’ll probably notice that some of these skills are hard skills while others are a bit softer and can be transferred to other disciplines too. While some of these skills might never be used depending on what you do, a general understanding of them will leave you in good stead around the workplace and being able to make valuable contributions to different disciplines in the IT department, particularly if you’re a manager, will increase your value to your employer.