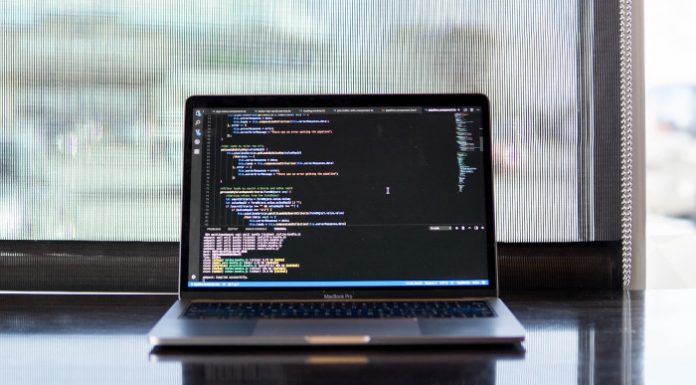 Ruby was created by Japanese developer Yukihiro Matsumoto in 1995. At that time the IT industry approached the creation of complex long-playing programs: operating systems, databases, office packages, games, etc. At the same time, they thought about creating software, oriented at people and intuitive to them, instead of the previous one, which only allowed the computer to talk to the computer in its language and about its problems.

Ruby is an interpreted programming language with explicit dynamic typing. It combines a Perl-like syntax with an object-oriented approach. It also borrows some features from Python, Lisp, Dylan, and CLU programming languages. A cross-platform implementation of the Ruby interpreter is distributed under open-source conditions. Code written in Ruby can be understood even by someone who is not versed in programming. Projects such as Redmine, Twitter, Shopify, Basecamp, GitHub, Kickstarter, Airbnb, and others have been created on RoR.

Some technical features of the language during its formation led to the formation of two myths:

In the early days the language did have performance problems, and was inferior to PHP and Python. But recent versions have almost fixed this drawback, and future updates should add new features such as parallel threading. Slow Ruby application nowadays is not so much a language problem as it is a question of the proper architecture of the RoR application development and the level of expertise of the developer.

Caching, denormalization of data and proper architecture allows to write heavily loaded services in Ruby. Of course, everything depends on the specific task, and microservices can be developed in the languages best suited to the task.

The larger a project becomes, the harder it is to handle and the slower some things are handled. Indeed, at the peak of the language’s popularity, you could see scalability issues on projects. But this was due to the fact that developers came to Ruby from other technologies and brought with them some habits learned when working with other languages, or performed tasks not optimally.

With the rise of Node.js, the popularity of Ruby on Rails has decreased somewhat, but tech startups often use RoR because of its ease of prototyping. Ruby is the 11th most popular language in the TIOBE index.

Rails are so closely related to Ruby itself that sometimes it is hard to distinguish one from the other. But the difference is big: Ruby is a programming language, while Rails is just a framework written for Ruby. Often there are conflicts over the equation of these things, especially when developers who specialize in Ruby development are hunted as developers who specialize in Ruby on Rails. It’s important to understand that Ruby is not Rails. Ruby documentation is supplemented by Rails documentation.

Slant research shows that Ruby on Rails is in 5th place among the most popular frameworks for server-side development. The number of websites created using this platform is over 350,000 worldwide, and this number is growing rapidly.

What is the secret of Ruby and Ruby on Rails success? Why do they attract developers?

First of all, Ruby on Rails is just a tool and library heaven. Ruby’s well-defined and beautiful Ruby attracts a lot of talented developers who create high-quality, well-designed code blanks.

The Rails framework has made a huge contribution to the Ruby language, and recently, with the advent of Rails, interest in Ruby has skyrocketed.

Third, working with PHP, you have to deal with its different frameworks – Symfony, Laravel, Yii – whose components are incompatible with each other. As a result, relatively large communities have to create, maintain, and rewrite multiple versions of the same library for different frameworks. In Ruby on Rails, developers have been in a single component (gem) ecosystem for ten years. When you come to Ruby on Rails, you just get into the future. Many ecosystems (PHP, JavaScript) are a long way from that future, and some ecosystems (Python, Java) have only recently arrived at it.

According to Statista, in 2021, ruby on rails is one of the most used web frameworks worldwide.

With the help of RoR technology it is quite possible to develop the following kinds of applications: for example, Online-CAD/CAM-system. Minimization of traffic, the convenience of work, data storage in a database, extensibility of both XML-data and RoR platform allows bringing the convenience of work with such a system to the level of local applications. And the application of thin clients and wireless networks in this case allows accelerating significantly the development of design works when Internet and Firefox on the user-friendly operating system are required for work. In this case, there is no need to use proprietary operating systems. Work on the project can be carried out both in the office and at home – wherever there is access to the Internet (including via mobile communication).

There are fewer developers in Ruby on Rails than developers in PHP and its frameworks, because of the higher entry threshold, and usually, the programmer comes to Ruby after a few years of PHP. That said, it’s worth remembering that good developers are equally scarce in all technologies.

There are few cheap developers in Ruby on Rails due to the lack of low-skilled programmers who would use this technology. So it’s not hard to find a great professional. You can also consider the option of offshore RoR development.

The Ruby on Rails 2020 ecosystem includes one of the most popular communities on GitHub, with over 3,500 members.

Extensive community support, user-friendliness, simplicity, readability, flexibility, and coding scripts that simplify the development workflow, are the key benefits of the Ruby programming language that Ruby on Rails Developers call it.

For which projects Ruby on Rails is best suited:

There is another opinion: Ruby is already old and leaving the development world. But adherents of this position often simply do not have the information to recognize the language and framework as an evolving and still relevant technology.

Ruby on Rails was one of the first to use the Model-View-Controller (MVC) application component partitioning scheme, which significantly accelerates the development cycle and enables quick bug fixes, quick deployment of project business requirements, and modifications.

The framework advocates “agreement over configuration.” This gives uniformity to the structure and architectural principles of projects written using it, which ensures that similar development approaches are maintained from project to project.

If a team happens to rotate or new specialists come in, the uniformity of approach will allow them to fit into the project quickly, and the business will reduce the time and cost of bringing in new developers.

Besides, RoR web development accelerates the creation of frontend templates. Writing your HTML code without the help of automated generators is difficult, time-consuming, and expensive, so the framework works with a lot of templating engines: ERB, HAML, SLIM, Liquid.

The larger the amount of business functionality in an application, the harder it is to update it to the latest version. Ruby has tools that allow you to update your application with one command, by describing all the steps of deployment in Ruby. The rest will be done by the automation software.

To keep track of code quality, the language ecosystem has tools to cover all areas of code writing, from unit testing to integration testing. The following tools can be used with Ruby on Rails: Minitest, Rspec, Capybara, Cucumber.

Development of Ruby on Rails

Every month and every year there are new updates and fixes for Ruby and the Rails framework. The sixth version of Ruby on Rails introduces:

Most of the changes and improvements are connected with the requirements that developers have for the language, solving a particular problem.

The technology is developing and by the forces of the community. According to GitHub statistics, Rails has the most contributors who are actively involved in improving the project, among the frameworks of other languages.

Ruby is the fastest and easiest way to get from scratch to a working web application and a proper understanding of the basics of programming.