What Does It Take To Become A Web Developer?

HomeProgrammingWhat Does It Take To Become A Web Developer?

What Does It Take To Become A Web Developer? 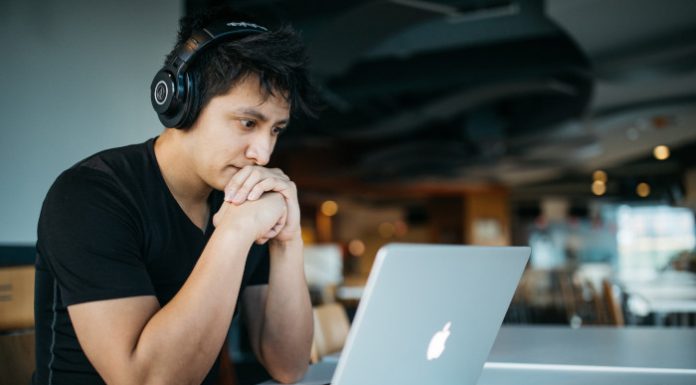 You can hear it everywhere: you need to learn to code. In the near future robots will replace humans in most professions, which means that if you care about having acceptable job prospects, you should start your journey now.

Contrary to the way the media portrays it, you don’t need to have a beard and wear glasses, that’s for sure. Okay, but is everyone predisposed to become a web developer? The short answer is: it depends. In a second, you’ll learn what the good characteristics of a web developer are. Let’s go!

Initially, you might feel overwhelmed by the amount of information that you’ll need to acquire. The internet is a wonderful tool with almost unlimited knowledge. Still, it might be a good idea to enroll in some online courses so that, at least initially, you won’t get lost in the maze of new information. You can check this full-stack developer course that will teach you the basics.

To find a job as a web developer, you’ll obviously need to have a specific skill set. Sure, but in this industry, the ability to learn new things quickly is more important. There’s much more going on in this industry. Trends change, new ways of doing things are invented – if you want to compete with others, you’ll need to update your knowledge every day.

If you’ve decided to become a web developer because it pays well, and, according to online tutorials, it is fairly easy and straightforward, then sorry to disappoint you, but it’s not. You’ll need to learn and remember many details, but that’s not uncommon when delving into a completely new field. What may prove to be more difficult for many people is the amount of persistence required to complete projects. You are likely to run into situations that will frustrate you, and you won’t have any idea why things aren’t working the way they should. Your task will be to analyze many lines of code to solve any issues. To a point, it can be exciting, but you’ll need a lot of grit to clench your teeth and continue your search.

Persistence is also essential because you will fail. A lot. And that’s okay. We learn most efficiently by making mistakes as often as possible. If we are afraid to fail, we might be too scared to implement our more innovative ideas. Of course, you also need a healthy dose of common sense but don’t worry about that. With time you’ll learn to discern which projects are too ambitious or complex to be not worth your while.

Contrary to a stereotype, if you want to become a web developer, lacking communication skills is not a prerequisite, but instead, it is considered a shortcoming. Rarely if ever will you find yourself in a situation where only you’ll be responsible for one entire project. Usually, you’ll need to communicate with people from different backgrounds, which means that if the project is to succeed, you cannot be antisocial. If you are to learn new things, you need to have the humility to listen to people who have much more experience.

What is it? People with an analytical mind have the ability to dissect a problem, create a plan and then implement the necessary steps to solve the issue at hand. It sounds easy, but if we are talking about such a complex field as web development, where you can achieve things in multiple ways, and even more things can go wrong along the way, it can be extremely challenging. Some minds are naturally predisposed to process information in a specific way, which means that unfortunately, it is impossible to change the way your mind operates.

Even if you have the necessary skills, it won’t matter much if you are not interested in your job. Let’s be honest, there will be many moments that won’t be particularly fascinating, and only by looking at the bigger picture will you be able to continue moving forward. If you don’t care that much about the results, you won’t pay as much attention to the details, and good web developers need to care about every element that they create. Sure, you can fake it for some time, but if you intend to make web development your career, you’ll risk burning out, sooner or later.

After reading this article, you may think that only some of those characteristics apply to you, therefore you should abandon all hopes of becoming a web developer. Stop. Those are the ideal characteristics of a web developer. It means that in most situations, people with those traits are better than their competitors, but people are complex. Just because you’re different, you’ll have a different perspective, which may be precisely what the project needs.

How Much Does It Cost to Build an E-Commerce Website In UAE?