What You Should Consider When Building an App

HomeProgrammingWhat You Should Consider When Building an App

What You Should Consider When Building an App 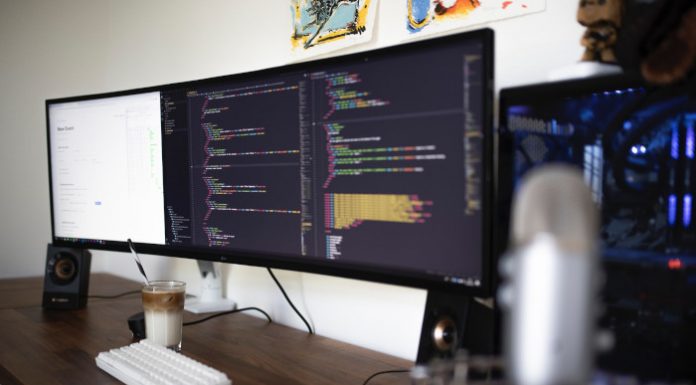 People think that coming up with a unique app idea is enough these days to make a successful app, but it simply isn’t true. Most apps on the app store don’t make enough money to cover the developer’s fee ($100) and as a result, many app developers stop making apps.

In this post, we will discuss some of the things you will want to consider before building your app.

Many new developers will jump on board and start coding right away because they are convinced that their app idea is unique and it’s going to be the next flappy bird or Snapchat. The truth is having a unique app is no longer a guaranteed success story.

Chances are there will be an app that does what you want yours to do and you should download as many of them as possible while going through each app’s feedback to see what their users are saying. You can combine this research to make a better app.

James, an app developer from HelloCaria.com says that “knowing your audience is vital to the product that you build. At HelloCaria we know our demographics and the problems they face, we did this by conducting market research before one line of code was written.”

If you don’t know your audience you don’t know their pain points and without knowing that there’s no way of building an app that you think would be useful to them. This can’t be stressed enough. Talk to your potential users, browse forums that they visit, use websites such as Quora to see what your potential customers are having problems with.

Knowing your users will allow you to build an app that they will find useful and it will also allow you to market to them in the future.

Will you be developing for Android, Apple or Both? Does your budget allow for both and if it doesn’t which system will have the users that you will want to reach? Android and IOS users are different and will have different demographics, it’s up to you to find out which will suit your app more.

The operating system you choose will also need to take into consideration any third party software that your app will need to run. Does this software only work on one of them, if so how will you get around this?

4) Know how to monetize your app

As mentioned above, most developers don’t make enough money back to cover their development fee that is paid to the app store. If you want to make money from your app you are going to need a clear app monetisation strategy.

Monetising your app can be done in a few ways. The most common being native ads and in-app purchases. Some apps may choose to have a fixed one-time fee upfront while others could work on a subscription basis.

Planning on how you are going to monetize your app before writing code can save time when it comes to development. Going back into code and adding app monetization methods can be messy and cause bugs down the line.

Monetising your app is a great way of getting a return on your investment and growing your business. However, without users, even the best monetisation strategies will fail. You should start promoting your app even before it has shipped to the app stores.

Do some research on journalists and bloggers who have written about similar types of apps and then outreach to them through email or social media telling them about your app and see if they would like first access to it. This will give you a jump in installs when the app is released and if you can get on any of the apps of the day listings it will help you to drive a large volume of installs.

Once your app is live you will need to promote it as much as possible or downloads will dry up quickly. You can use the journalist outreach as well as answering questions on websites such as Quora about the problems that your app solves. For example, if your app helps with medicine reminders you could look on Quora for questions related to memory loss and taking medicine, if you find any you can then drop your link to your app there without being too obvious.

You can also promote your app on social networks by running app install campaigns, however, this method can get expensive so make sure it’s worth it before spending your money.

6) Take feedback on board

User feedback is vital if you want your app to be downloaded more and as you get more feedback from your reviews you should read through them to find if your users mentioning common themes. If the majority of your users are mentioning the need for a feature you should look to see if you could add it in future updates. Keeping your users happy will lead to better feedback and increases in the app ranking tables.

Developing an app that gets used and is profitable isn’t easy but with the tips above you are in a better position than most developers who rush into building their apps. Take your time, your idea won’t run away, and thinking more about how your app solves a problem can help you with coming up with more ideas to make your app more useful.

A useful app that takes its user’s needs into consideration is going to be downloaded more than an app that doesn’t.

The Stages of Software Development

How to Establish an Effective Product Development Strategy