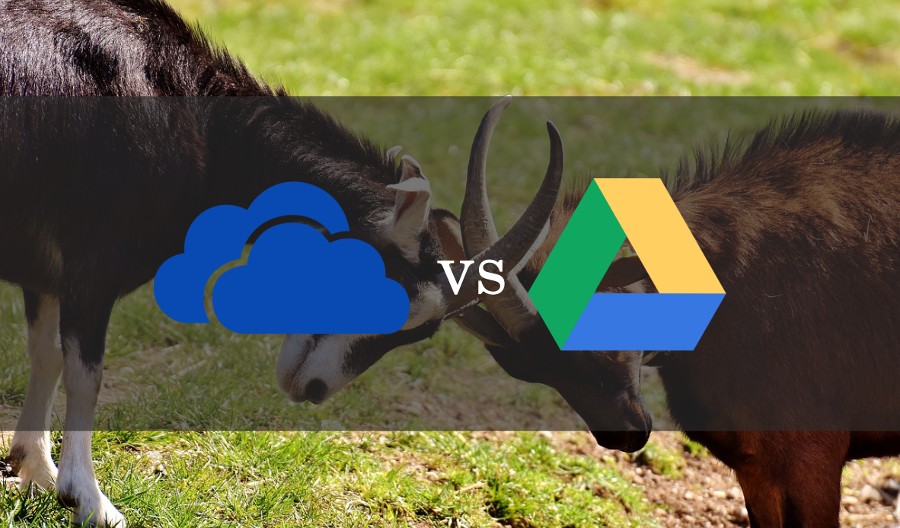 OneDrive and Google Drive respectively are two online storage services from two tech giant companies. OneDrive is owned by Microsoft, while Google Drive is owned by Google. As cloud storage service, the major function of those two is nothing but for storing files online. However, same as other similar services, OneDrive and Google Drive have also transformed from a mere online storage tool to a collaboration tool. Today, there have been many collaboration tools that support integration with those two.

You might be wondering, which is the better one between these two popular cloud storage services? Let’s find out.

User interface is one of the key factors that affect a success of an app. When an app comes with a nice-looking interface and easy to use, there is big chance that the app will gain its success. This rule also applies to cloud storage service. Both OneDrive and Google Drive provide a wide range of client apps to makes it easy for users to upload, access and manage their files, including web client app which you can access from web browser.

The web client apps of OneDrive and Google Drive have an easy-to-use interface. Even new users will meet no serious problem in using both of them. Recently, OneDrive has changed its front page with a cleaner look. When you visit its website on onedrive.live.com without login, you will see a very clean look that is very comfortable to view. However, the inner look remains the same. The web client apps of cloud storage is basically also play a role as a file manager so you will see the similar interface between web client apps of OneDrive and Google Drive with regular desktop file manager. Google Drive comes with a grey icon color for folder with a tinier size. OneDrive also offers the same icon color for folder, but with a larger icon size.

Both OneDrive or Google Drive allow you to sort the files and folders based on certain parameter to makes it easy for you finding the files you need. At this part, OneDrive is slightly superior to Google Drive since it offers more parameters than Google Drive. If you are a fan of flat design concept then OneDrive is better choice.

Free storage capacity is also the aspect someone consider the most, other than interface, when choosing a cloud storage service. As you knew, both OneDrive and Google Drive are freemium services. While you can use them for free, paid version are also available in case you need more spaces. 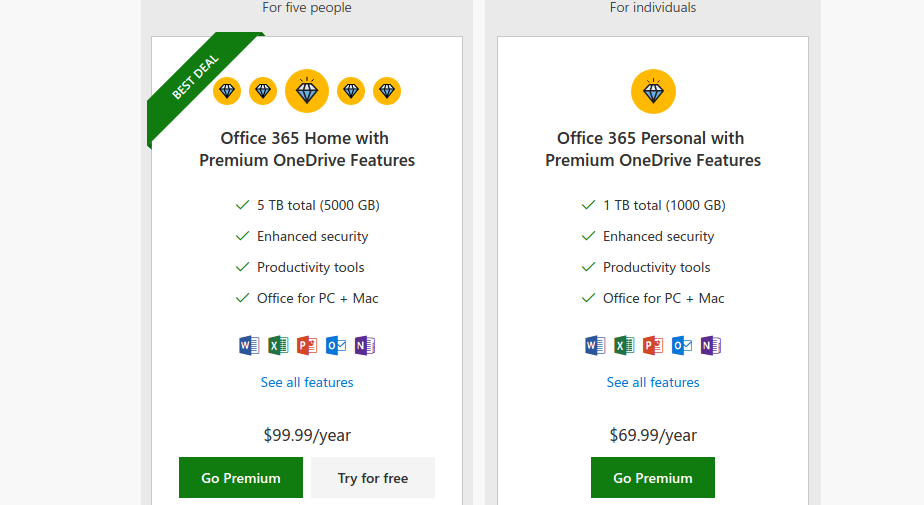 Both OneDrive and Google Drive offer several subscription plans for users who need more spaces. They both only accept credit card (MasterCard and VISA) as the payment method, which is less flexible especially for individuals who have’t hold an credit card. As a comparison, Dropbox accepts payment via PayPal.

How about Google Drive?

Both OneDrive and Google Drive allow you to easily share certain files or folders with friends, families or colleagues with a very easy way. When you right-click on a certain folder/file on both you will see a sharing option on the appearing menu.

One additional setting you can do when sharing files publicly on OneDrive that can’t be done in Google Drive. You can set the expiration date of the link. However, this option is not available for free accounts.

As I mentioned at the beginning, not only you can use cloud storage services to store your files online. You can also use them to collaborate with others on certain project, especially document-related.

OneDrive and Google Drive have similarities in some ways. They provide client apps for web, desktop and mobile platform to ease you in accessing your files as well as adding new ones. In addition, you can also use them to collaborate with your team members or anyone.

However, the core service of both is basically cloud storage. As I explained, Google Drive offers more spacious storage capacity for free users. It also has cheaper subscription plans than OneDrive. So, I can say that Google Drive is the winner of the battle.