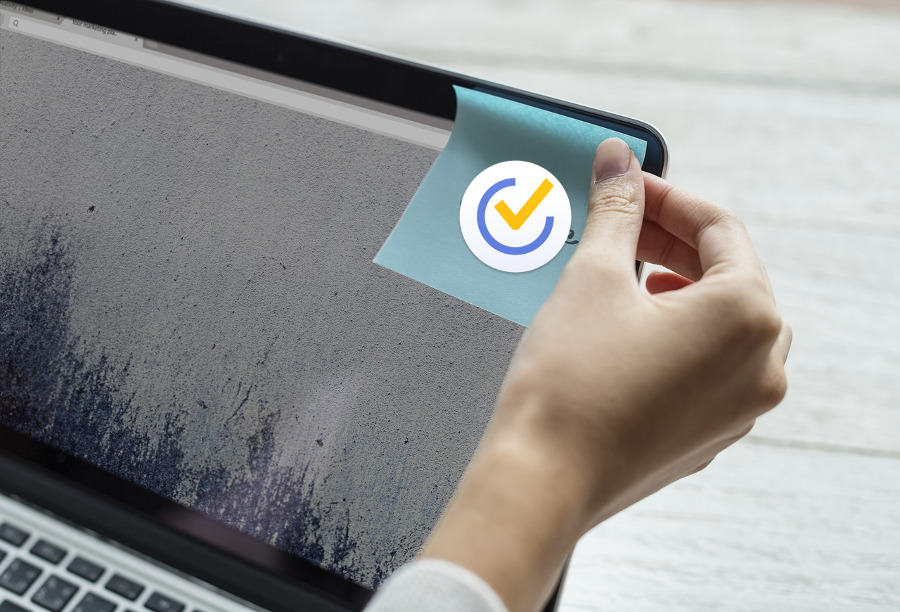 The growth of productivity app, to-do list app more specifically, is massive enough within the last few years. TickTick is one of the to-do list apps available in the market today. It’s a nice app especially if you love something colorful. TickTick allows you to use different color on each list you create. It also comes with a bunch of parameters you can use to organize the tasks inside a list.

TickTick is versatile enough. It’s primarily an ideal tool for a personal use, but you can also use it to manage your team tasks.

There are lots of to-do list apps available in the market today. In the segment where TickTick plays in, there are tools like Todoist, Wunderlist to Remember the Milk trying to win the user’s hearts. So what makes TickTick different?

In general, the features offered by TickTick and the mentioned competitors are not much different. They support several parameters like tag and priority to allow you to organize the tasks you have. They also come with the list feature (some apps use different term) to allow you to manage the tasks. However, there are some details affecting user decisions to use certain app.

To find out if TickTick deserves your attention, let’s have some talk about its features and capabilities.

The very essential thing you need to consider when it comes to to-do list app (and other types of apps generally) is what features they have. In terms of to-do list app, the features you may want to consider are the ones related to task management like list, folder, tag and so on. Apparently, TickTick comes with all of the mentioned features.

When adding a new task, you can add tag (by typing “#”) as well as priority level. Those parameters are useful when you have to create a bunch of tasks since it will ease your job in finding the tasks you have to get done. Especially if you use TickTick for a teamwork.

For instance, setting the priority level on each task will make it easy for you to decide which tasks have to be done first and which ones can be done later. This way, your project will be much organized.

Adding too much tasks without attempting to organize them is not a wise idea. Trust me, you will get in trouble if you have made too much tasks without organizing them. To allow you organizing your tasks, TickTick comes with the list feature you can get the most out of. As mentioned on the tittle of this article, TickTick is a colorful to-do list app. It’s because you can use different color on each list you create. If you have too many lists, TickTick also allows you to create folders to organize them.

Okay, it seems there is no problem in terms of task management. What about task itself? What elements you can add to each task.

As mentioned. You can set the priority level on each task you create to makes it easy for you to decide which tasks you (or your team) have to get done first. In addition, you can also set what time each task have to get done, set the reminder as well as the due date. If you create a new task and aim to assign it, you can also add supporting files since TickTick also supports file attachment. Furthermore, TickTick also makes it possible if you want to create recurring tasks. There are four options you can choose if you want to set a certain task to be a recurring task: daily, weekly, monthly, yearly and custom.

TickTick allows you to assign certain tasks to your team members. But first, you need to share the list where the tasks belong to, before being able to assign them. Once you have shared certain lists, all members of the associated lists will be able to assign tasks to anyone in a list, including you as the creator of lists. There is no rule like manager-subordinate in TickTick (and also similar tools like Todoist and Wunderlist).

To expedite your teamwork, TickTick offers two features you can take advantage of: comment and task activities. While comment is handy to discuss the current task you and your team are working on (you can also mention your team members), task activities allows you to keep an eye over your team activities on the lists you have shared with. Just for your information, the task activities feature is only available for the premium version of TickTick.

To makes it easy for you accessing the tasks you have on TickTick, the service has provided a bunch of apps you can install on nearly all platforms. Android, iPhone, macOS, Windows, Wear OS, Apple Watch. All are supported by TickTick. Sure, you can also work with the web app since it’s the main app of TickTick. In addition, TickTick also provides browser extensions for Chrome and Firefox. You will be able to keep track of your tasks from anywhere without having to stick with a single device, which is not cool at all.

The vast majority of cloud-based services and apps available today adopt a freemium business model. TickTick also do the same. The features offered by the free version of TickTick are basically rich enough. However, there are more features you can unlock if you upgrade your account.

TickTick is probably the winner in this part. While Todoist and Remember the Milk don’t accept monthly-based subscription, TickTick offers something different. It accepts both monthly and yearly subscription. The monthly-based subscription is particularly handy since it means that you don’t have to tied to a long contract so that you can make a switch at anytime if you find TickTick doesn’t relevant to your need anymore. Wunderlist also accepts monthly subscription, but it has a higher price than TickTick. The premium version of TickTick costs $2.79 per month (or $27.99 if you prefer yearly contract) which you can pay using either Paypal or credit card.

TickTick is definitely a must-tried tool if you are on the pursuit of to-do list app. It comes with a bunch of handy features, has a wide support for a wide range of platforms and most importantly, TickTick offers a flexible contract. The overall features of TickTick are basically not much different to the similar tools. But, there are some details that probably will affect your decision whether you want adopt this tool or not. As the title of this article suggests, TickTick is a suited tool if you love something colorful.

Benefits of Integrating Projects to Enhance Your Career