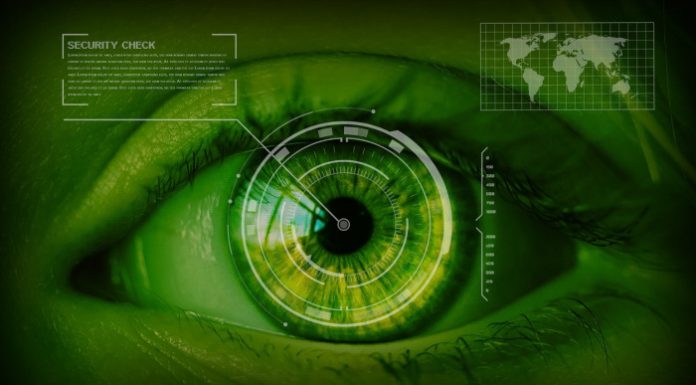 The Wild West is a famous genre in film and literature. Some of its common tropes involve a land where law enforcement is scarce and business owners taking it upon themselves to protect their own establishments.

Nowadays, the Internet is as close to the Wild West as you can possibly get. It’s certainly rife with opportunities for the savvy, but it’s also full of perils that can catch you unawares.

Hackers run rampant, and anyone who isn’t prepared to meet them is certain to fail.

Your biggest problem is that there isn’t just one but a whole bunch of cyber threats that need to be monitored, and the sheer magnitude of the task is often too much for the average business owner to handle.

This is the reason why most entrepreneurs outsource their business protection to professionals who do cyber threat penetration testing, a process that involves ethically hacking into your network to find out its weak spots in order to rectify them.

By utilizing cyber threat penetration testing, your business will be able to stop the five common online hazards in their tracks.

An e-commerce website contains both public and private information. The former are things that anyone can access such as the list of items for sale in your inventory, while the latter pertain to sensitive matters like credit card numbers and email addresses.

When customers sign-up or purchase a product, they will inevitably have to provide their banking details, which you will then need to store in a database. This is one of the best incentives for thieves to try to break into your network.

By utilizing cyber threat penetration testing, the weak spots in your archives will be quickly identified and fixed. Out of all the items in this list, this is the one area where you can’t slack off.

If a hacker manages to obtain the financial records of all your clients, then say goodbye to your business and say hello to a ton of negative comments on social media. Better hire an attorney too, because lawsuits are sure to happen!

Rather than regret your foolishness later, it’s better to wise up now to prevent any future calamities.

As your business grows larger and your number of customers continue to multiply, the traffic in your website will also become more difficult to manage.

It’s important to be able to distinguish between valid requests and hacking attempts.

One of the jobs of a cyber threat penetration testing is to scan data packets, IP addresses, network traffic, and vulnerable open ports on your system.

A key component of a well-defended website is its ability to test for cyber threats in real-time so that no malicious code can ever penetrate your firewall. It should also be capable of conserving resources so that the scanner won’t bog down your system.

Cyber penetration testing allows you to find out all the holes and close them before you let your business go live.

A website can be a building that has a strong foundation, or it can be a house of cards that topples down when one part becomes compromised.

Cyber threat penetration testing will scan not just the large issues that need to be fixed immediately like malware insertion and password theft, but it will also identify weak links such as inefficient data storage and potentially vulnerable system processes.

If you’re working with a multinational team, then it might even be worth the effort to translate the text logs into a different language.

By paying attention to this log that ranks security threats according to their severity, you should be able to prioritize which problem you should focus all your attention on.

Sometimes, the trouble may come from within rather than without. Owners of large websites will eventually have to deal with a disgruntled employee who wants to take out his frustration by causing as much damage as possible.

This is exceedingly harmful because unlike hackers who have no inside information, a member of your own staff knows how the company works and can use this knowledge to bring you down.

Even if you’re just a one-man show, it’s very common to let some private security matters slip out during casual conversations with friends and family.

Cyber threat penetration testing will allow you to prepare for the worst if a worker goes rogue. It will simulate an attack from your own ranks and try to come up with solutions to minimize or even prevent any damage.

Trust in your personnel is important if you want to build a successful business, but that doesn’t mean you should be naïve.

Like every good teacher, a decent cyber threat penetration testing will frequently return to past security breaches and try to discover if they have been fixed or improved.

It’s often the case that entrepreneurs will be informed of several dangers but will not immediately do anything to solve them.

Whether this comes down to hardheadedness, forgetfulness, or fatigue from having to focus on the technical aspects of the website, you can rest easy knowing that the testing will remind you again and again until the exploit has been resolved.

Nagging is considered a negative trait, but when it comes to shielding your company from threats, it’s music to your ears.

Running a business nowadays is hard enough without having to worry about cyber security, but if you ever want to have an e-commerce website that you’ll be proud to call your own, then you can never scrimp on protection.

Getting your online company tested through cyber threats penetration is always a good thing because this not only tells you what’s wrong with your system, but it will also offer you key details on how to get everything up to speed.

You never want to own a store with many weaknesses. It’s practically like running a shop with no windows guarding the display cases.

Protect yourself now rather than later. Your future self will thank you for it.

Most of us hear about data breaches on the news or read about it when we open our phones and the entire internet is...
Read more
Internet

Protecting Your DNS from Online Threats

Protecting your DNS from attack might seem silly. After all, this has not been much of a publicized issue over the years and many...
Read more
Security

Why Biometrics is More Important in Dealing with Security Measures Today

What is Biometrics? Biometrics is a method for using traits of a body to secure access to a platform, website, app, or another digital object....
Read more
WordPress

Once an obscure content management system has now transformed into a powering online medium for many businesses running globally, it may interest you to...
Read more