From Emails to Hard Drives: Why Encryption Is Important

HomeSecurityFrom Emails to Hard Drives: Why Encryption Is Important

From Emails to Hard Drives: Why Encryption Is Important 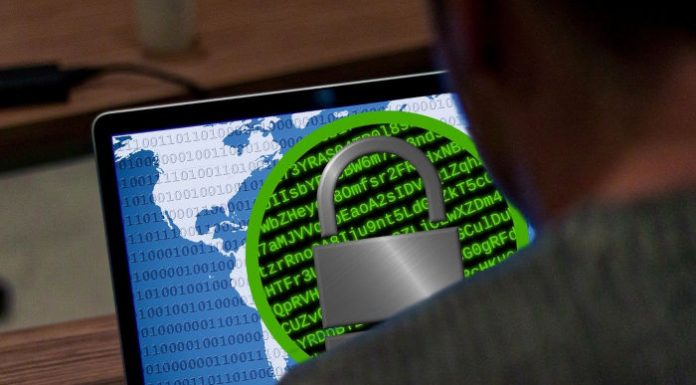 Data scientists estimate that the big four online storage and service companies — Google, Amazon, Microsoft, and Facebook — store 1,200 petabytes between them. That is 1.2 million terabytes of data. And this doesn’t even include other mass storage platforms like Dropbox, Mega, along with industry and academic servers.

From conversations to credit scores and medical information, everything is online. And with ever-increasing cybersecurity threats, there’s never been a more critical time to start using encryption.

Encryption is your most significant defense against cybersecurity threats. Learn what it is and how you should use it in this guide.

Encryption is an ancient technique dating back to Greece and Rome. It’s a method used to prevent unauthorized access to information. In the old days, it was pretty simple. For example, they’d switch letters to make texts unreadable. So, A became B, B became C, and so on. Over time, more complex systems emerged, but the concept remains the same.

Modern encryption uses protocols like Argon 2, AES-256, and 4096-bit RSA. They create secure packets of data called ciphertext. It’s so strong that even the world’s top hackers can’t penetrate it.

The best example of this occurred in early 2019. Cryptocurrency millionaire Gerald Cotton died, leaving $145 million worth of cryptocurrency encrypted. Since he was the only one with the key to deciphering encryption, nobody has been able to get to the treasure.

But contrary to popular belief, hackers can break weaker encryption. Thus, when selecting encryption providers, be sure to check the technologies the company uses. But for the time being, let’s dive into the things that need encryption.

Every time you use the internet, you leave an activity trail. Cybercriminals, governments, big companies, advertisers, and ISPs can track it to see what you do online. It’s not a huge security vulnerability, but an invasion of privacy still. And you can avoid it.

A virtual private network (VPN) creates a tunnel of encryption that your data pass when connecting to a target website server. It makes it nearly impossible for somebody to track your internet activity.

You can run a VPN on all your devices any time they’re connected to the internet. Opera Browser has a built-in VPN. It’s a great way to try a VPN out for yourself.

Your files are the top target for hackers. They have everything from sensitive information to personal photos and videos. Not to mention important work data. There are many ways for hackers to use your files against you. Stealing your identity or locking you out of files are a few of them.

Fortunately, it’s easy to encrypt files. File encryption services offer robust encryption technology that makes any data unreadable for hackers. You can then share files online or upload them to the cloud, all while knowing it’s safe out there.

It’s possible to encrypt only specific files or folders or an entire hard drive. The same goes for local backups. It’s up to you to choose what kind of encryption you need.

Nordlocker is an excellent file encryption service. After downloading, you can use it to encrypt all file types. It’s pretty new, but you can already download Nordlocker for Windows.

How often do you hear about a major scandal involving leaked emails? Hackers love emails. Not only do they contain sensitive information, but one can also use them to extract more valuable data from potential victims.

How does it work? Recently, cybercriminals monitored a conversation between two business partners. When one was about to initiate a payment to the other, the hackers stepped in and pretended to be one of the partners. The victim then transferred $50,000 to the criminals who run off with the cash in no time.

And it’s not one random example. More attacks like these happen every day. You need to take precautions. Luckily, there are secure email clients available that you can take advantage of. Many consider ProtonMail to be the best one on the market.

Your conversations aren’t as private as you think they are. Have you ever noticed an advertisement for something right after you messaged a friend about it? Big companies like Facebook, along with internet service providers and hackers, use regular chats to track users, push tailored advertisements, and steal identities.

Nowadays, you have many options for secure messaging. Look for services that provide end-to-end encryption. It means that only you and the recipient can view the message.

WhatsApp and Viber are two good options. But Telegram is built around security. Their secure chat option features an extra layer of protection because they don’t store your messages on their servers. It makes it one of the best end-to-end encryption options.

Why Encryption is Essential

Encryption is the best tool to protect your privacy and security. And it’s not just hackers you should be worried about. If you don’t want companies, governments, internet service providers, and advertisers keeping an eye on you, then include encryption into your life.