HomeSocial MediaHow Many Followers Do You Need to Be an Influencer? 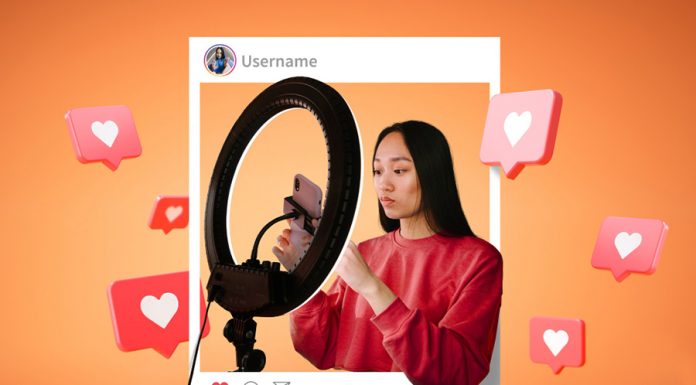 Are you dreaming of becoming an influencer? Becoming an influencer can be exciting and rewarding but requires dedication, hard work, and determination. It’s possible to become successful with a large following, but the truth is that having a substantial social media presence can go a long way when it comes to influencing others online. So, if you’re curious about what it takes to reach influencer status, read on to find out more information about how influencers earn money?

What is an Influencer?

An influencer is an individual who can affect the decisions and opinions of a large group of people. Influencers typically have a large following on social media, often in the millions, and are seen as opinion leaders within their respective communities. These individuals can be celebrities, online personalities or everyday people who have found success in growing their social media presence and engaging with their followers.

Influencers use their online platform to promote products or services, often partnering with brands in exchange for compensation. Influencer marketing has become an effective way for business opportunities to reach a large audience, as people tend to trust the opinion of influencers more than traditional advertising. Consumers are now turning to influencers for product recommendations and advice. Influencers are also beneficial to brands because they can create unique content to showcase their products more engagingly than typical marketing strategies.

In general, influencers can shape people’s opinions and buying decisions in ways traditional advertising cannot. With their influence, businesses can tap into niche markets, create meaningful connections with their audience and drive more sales. For this reason, influencer marketing has become an invaluable tool for many home business opportunities.

At the same time, it’s essential to ensure that influencers are authentic and that their content is genuine. Brands should look for influencers knowledgeable about the products or services they are promoting and with an audience that aligns with their target market. It is also important to choose influencers who can engage authentically with their followers and create content that resonates with them. Businesses can effectively leverage influencer marketing for maximum reach and ROI by carefully selecting the right influencer.

How Many Followers do You Need to be Called an Influencer?

Who doesn’t want to be an influencer nowadays? With the rise of social media, influencers have become increasingly important in our daily lives. But how many followers do you need to be considered a “real” influencer? Is it quantity or quality that matters most? Let’s explore the answer together.

The Different Tiers of Influencers

It all boils down to who your audience is. Regarding influencers, there are four main tiers with different follower requirements. It all depends on what type of message you are trying to convey and who will receive it.

With fewer followers spanning between 1000 to 10,000, nano influencers can still drive substantial engagement and amplify brand messages across social media platforms. Their smaller networks also make it easier to tag and reward Influencers with product giveaways and special deals, which can make them an attractive option for online business opportunities looking to maximize their marketing budget.

Being a micro-influencer is an increasingly popular career choice and goal among social media users. With these small-scale influencers come great opportunities for community engagement and working with high-profile brands. But just how many followers do you need to be called a micro-influencer?

It is said that micro-influencers typically have between 1,000 and 100,000 followers on their social accounts that they use as platforms to promote products and services. This has opened up new avenues of sponsorship where bloggers can now enjoy the benefits of how much do influencers make without needing hundreds of thousands of likes or follows. Though there are no set rules for who counts as a micro-influencer, having between 1,000 and 100,000 followers usually marks the start of one’s journey into influencer marketing.

How much money do influencers make may depend upon their followers. The number of followers it takes to be categorized as a macro-influencer varies, though they are often people with a following of 10,000 to 100,000. It is worth noting that when evaluating the reach and effectiveness of such influencers, total follower count should not be the only factor taken into account. Subscriber engagement with posts and content should also be examined as how much do influencers make per post matters.

An individual may possess many followers who rarely interact with their feed, making them less appealing than an influencer with fewer followers who record high engagement from their audience. Ultimately, connecting potential brands or products with the right influencers for their goals requires granular analysis to maximize returns on investment.

So, you want to know the secret to become a mega-influencer? As you may have guessed, it comes down to the numbers. Generally speaking, most influencers considered “mega” must have 100,000 or more followers to receive this prestigious title. It doesn’t stop at just having enough followers; to keep up your status as a mega-influencer, the ratio of likes and comments you get on posts must remain high.

Engaging your audience by creating quality content is vital! For those still beginning their journey how much do instagram influencers make, don’t worry too much about immediately reaching the “mega” level – focus on connecting with your existing audience and developing a culture built around trust.

Which one matters more when it comes to becoming an influencer? It turns out they both matter! Having thousands of followers may bring you fame and recognition, but if those people don’t engage with your content, then what’s the point? Quality trumps quantity when it comes to being a successful influencer, so make sure you create content that resonates with your target audience. That means understanding their interests and tailoring your messages accordingly. You can even go beyond that by engaging directly with them to build relationships and trust with your audiences that ensure how do influencers make money.