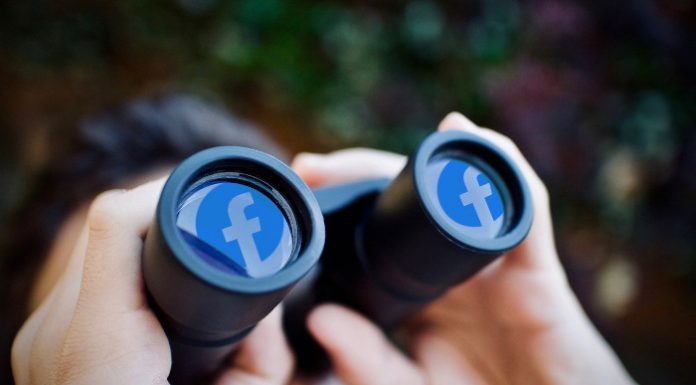 Many millions of people all over the world use Facebook as their social media hub. It’s not surprising that they know a lot about us. But this isn’t just your basic info like your name, gender, education and location.

And it’s not isolated to just one part of the world either. There are millions of users worldwide, even in countries such as Nigeria and Brazil. The most active place for Facebook is Canada.

So what does Facebook know about us? Is it basic info, or do they know our personal lives? You’d be surprised, even outraged. And we’ll tell you right now.

Why You Should Care

Facebook having all this information is one thing but trusting them to keep it safe is something else altogether. They haven’t covered themselves in glory in recent years with various scandals about data leaks and sharing of information without consent.

Having so much information about us can present a real threat to our online security. Did you know that a simple commercial spy app can be bought online, installed in minutes with no skills required and it will monitor everything you do on Facebook. These tools are used to essentially hack Facebook allowing others to read your Facebook messages – plus a lot more.

So when you think you aren’t concerned by what Facebook knows about you …. you might want to think again!

When it comes to social media there’s a thin line that separates our digital and personal lives. When we sign up we have to tell the network our name, email, gender, age and who our friends are. It’s common sense. After all, to be on a social network, you need to tell our basic info.

With Facebook, they reveal more. You can tell your education, relationships, religious and political thoughts, your sexual orientation and your own personal website. Granted this information is usually not required but most people put it on there.

With this personal info, you’ll be put into a demographic. The demographic Facebook targets is ABC1, which goes after pros who make a high income. The target age tends to be 18-34 and on Facebook 25-34 is about a third of their users. While Facebook’s waning when it comes to youth usage, it still is the most used platform for teens, and older adults as well.

The Pew Research Centre has found that 78% of users whose income is more than $75k a year do use Facebook. This is a good thing for them, as they can command a higher cost when it comes to advertising. Last year alone, they had a revenue of $12.47 billion, which has increased by a lot.

When you tag yourself in locations, it can personalize the ads so that they are more local. Facebook markets itself to advertisers who want your data and if you’re not careful they can get it. If you use Facebook via Android, you can turn your GPS off in certain places using Tasker, which can help to give you more privacy.

Every time you “like” a product, a band, a movie, a book or a game, it helps Facebook know what they should market to you. Every time you share an article or a link, this makes it so that your footprint grows.

For instance, if you like a particular TV show Facebook can create ads that revolve around that show. Everything you post is logged including private messages, it also customizes their trending topics. This data is then sold and Facebook has even admitted they sell TV show likes to stations. Even though they claim it doesn’t contain personal info.

A study done this January had AIs look at the ‘likes’ of over 85,000 users. They were told to predict the users’ personalities and they were mostly accurate. They looked at the openness, agreeableness, extraversion, neuroticism and conscientiousness.

Dr. David Stillwell from Cambridge University did this test, and he believes that computers can tell more about a person than that person’s family can. According to what he said to The Independent:

“The ability to judge personality is an essential component of social living, from day-to-day decisions to long-term plans such as whom to marry, trust, hire or elect as president… The results of such data analysis can be very useful in aiding people when making decisions.”

Have you ever added a photo of someone, and Facebook suggested you to tag them? Or have you added a photo of yourself and they asked if you wanted to tag you? That’s due to their facial recognition software, which can tell your face apart from another object.

This program they use to do this is known as DeepFace. It looks at two images of you that are different and looks for you in each, no matter the angle or lighting situation. Facebook can recognize your face, and it’s not clunky. It has the same recognition as the normal brain. It looks at your measurements, eyebrows, chin, cheekbones, and other patterns, and through an intense neural network, it looks for similar patterns.

If someone tags you and the image is unflattering, you can untag yourself, thankfully. But it is a bit odd knowing that Facebook knows what you look like. While it is sort of interesting knowing that they know what your face looks like no matter what expression you make, it may not sit well with some people.

If you go on Facebook and post, here are a few parts of your life that Facebook can know about you. They can know your name, email, sex birthday, family, friends, your education, sexual orientation, relationship, religion, career, where you live, political views, your website address, favorite games, music, TV shows, books, and movies, your number, statuses you post, statuses other people post on your profile, your private messages, sites you visit, things you discuss, and your appearance.

That’s quite a bit! It’s also been a bit of a concern with Facebook’s mobile app apparently reading your conversations, as well as how security agencies such as the GCHQ or NSA use it. It’s not a conspiracy; there are legitimate concerns about Facebook being used to spy on people.

Facebook isn’t the only culprit. Your smartphone knows all about you, and Google does too. And your government is taking steps to make sure all your online actions are looked upon.

Does this mean that you should get scared? Not exactly. Facebook sells your data because it’s a business. Most businesses do something similar, whether it’s magazines, newspapers and TV ads.

If you want to live in this world, you do have to give up a bit about yourself. And thankfully you can reduce the information you give to Facebook, whether it’s app approval management or tweaking your privacy settings.

Facebook is the greatest way to stay connected, but it does come at a cost. Just remember to stay safe and not air too much about yourself, or don’t use Facebook at all.