The Impact of Social Media on Students Life

The Impact of Social Media on Students Life 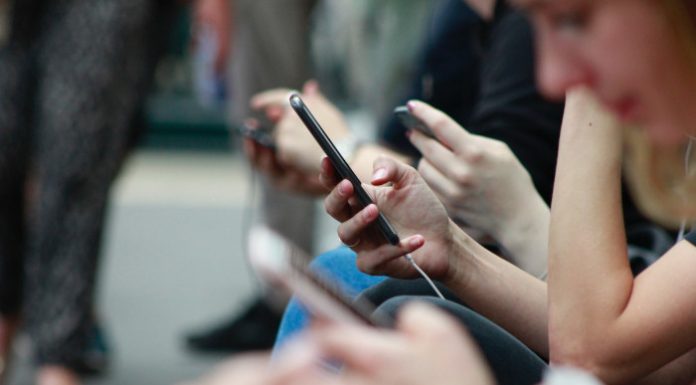 A social network is a platform, an online service, or a website that is designed to build, reflect and, naturally, organize social relationships that are visualized in the form of social graphs. On social networks, you can exchange any kind of information (audio, video files, etc.), organize your own blogs, macro, and micro-blogs, and also create profiles that reflect both real and false information about yourself. In addition, in social networks, all friends are not some kind of virtual bots, but quite real people, with their own stories and interests. Although hardly anyone needs an explanation on what a social network is, because the overwhelming majority of people are already registered there, and the rest watched the sensational film “Social Network”, in which the true story of the creation of “Facebook” was narrated. So what is the impact of social media on students?

It should be noted that it is wrong to consider such popular resources as Livejournal, Foursquare, and Twitter as media because they are all characterized by a small number of possible functions. And the priority of these services is not to exchange real information about yourself.

Also, it is important to know that some social networks are popular in only one country. For example, MySpace and Facebook are popular in North America and Germany, Bebo in the UK Orkut and Renren in Asia and so one. Using social networks, it should be remembered that there are dangers because the information provided by the user is freely available. Therefore, any other user can use it for their own purposes.

A team of researchers conducted a study to identify the impact of public media on student performance. The results of students preparing for exams without using the Internet were 20% better than others since they spend 88% more time on average. Of course, those who used Internet to find help with studies at papersowl.com safe resource for students had a high performance as well. It is specified that this is a time of independent preparation for classes. Such a result was not a surprise. Experts believe that the figures will be the same if conducted research in schools.

The Facebook social network is interested in the success of its users. A year ago, based on a survey, it was calculated how much damage public media cause to the UK economy. Workers, who often use working hours to communicate on Twitter and Facebook, are reported to be losing £ 1.38 billion a year.

The average score of Facebook students is 3.06 points on a scale of 0 to 4. Those who do not use public media have an average score of 3.82. At the same time, three-quarters of students using Facebook refuse to acknowledge that social networking has a negative impact on their academic performance.

Facebook users, when preparing their homework, have to constantly switch their focus from learning to communication and vice versa. As a result, they make more mistakes and spend more time on tasks than those who are not distracted by foreign objects.

In addition, Facebook users are often not only limited to networking – they use internet pagers and e-mails while doing their homework.

How exactly do social networks attract students and why do more and more students decide to register in at least one network?

Some are even simultaneously registered in three or four multimedia. Naturally, in this way, you can crawl with impunity onto the page of the girl you like and find on her very interesting information about her, which can subsequently surprise her. In addition, many students inside the public media exchange various kinds of information: photos from a recent event or party, exam questions, jokes about teachers, funny comics about upcoming exams. For students, a social network is a good opportunity to express themselves.

For example, throw on the wall an audio recording of your own song, or video, where the owner of the page, together with his group, performs his own song, or a picture drawn personally by the user, or a book, etc. In this case, there are a lot of options for self-expression, and everyone chooses how to stand out for him. It is also a good chance to become a different person at least for a while because in a qualitatively basic photo you can put out not yourself, but some kind of photoshopped ‘photo where the page owner is a handsome, pumped-up young man, although he is not like that in life.

Public media can also be a useful tool for finding information for international students. Universities in the UK have a large number of international students, and for these young people, it is very problematic to try to attend universities to make a final decision. And here, social networks can help. Data from the 2017 International Student Survey suggests that networking sites play an important role for many students who choose a university.

Recently, universities have begun to use social networks not only for future students and their parents but also to receive offers for admission. For example, the University of Bradford, where students can use Facebook to decide on the choice of this particular university or choose another. You can send an application even though the page of this institution in a public media. Educational institutions have already managed to seize this trend, so their official pages on popular social networks have been functioning for a long time and provide reliable information about the university. Now young people trust more precisely information from public media than from other sources.

The social network opens up great opportunities for students, but do not forget that because of the cross-media, many students forget about studying because on the other side of the screen their lives are beautiful: there are a lot of people, constant correspondence, beautiful girls and boyfriends. Several scientific papers have already been written on this subject, the purpose of which is to identify how social networks affect student performance. But you should remember that you need to know the measure.