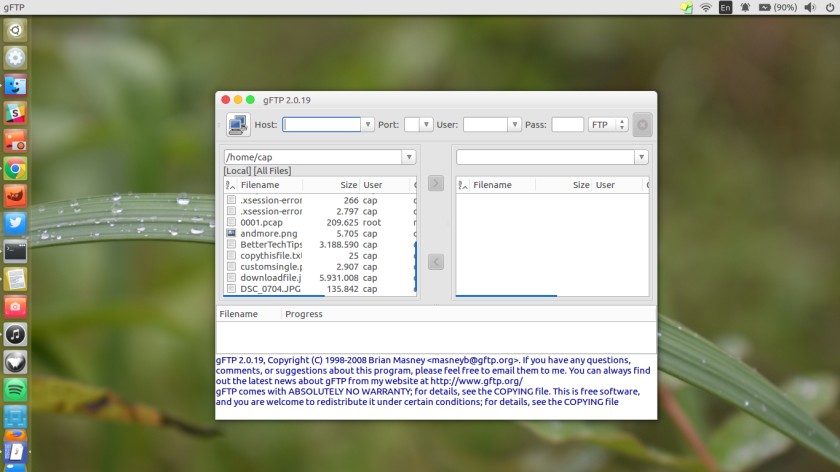 FTP is the kind of network protocol designed for file transfer. In the concept of internet, this protocol is commonly used for transferring files from local machine to server. For instance, bloggers use this protocol to upload files from their computer to the server of their blogs.

The main prerequisite before using this protocol is that you need to have FTP client installed on the client side and FTP server installed on the server side. Since most web hosting providers already feature an FTP server, your job as a user is merely installing FTP client on your computer. There are several FTP clients available out there from paid to free ones. From proprietary to open source.

This article will show you the list of the best open source FTP client apps. Keep in mind that not all open source software are free. Some also require you to pay (usually for technical supports and advanced features). 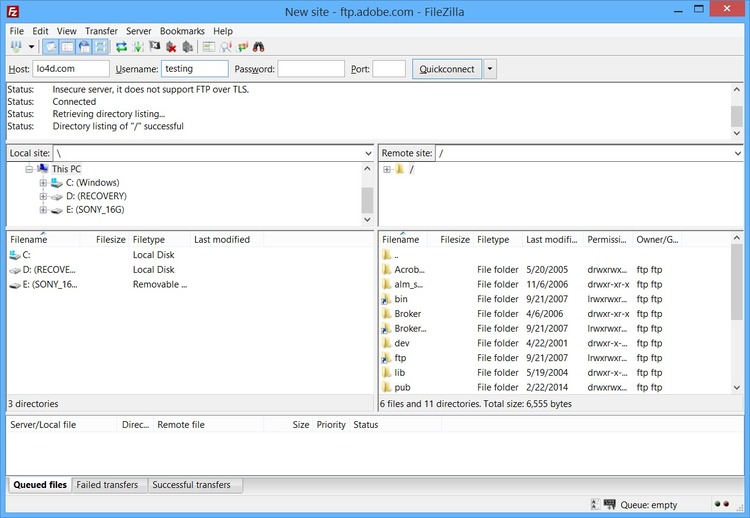 FileZilla is the most popular open source solution of FTP. Not only client, it also offers an FTP server in case you want to build your own FTP server. The FileZilla FTP client is available for all major platforms including Linux, Windows and macOS. This open source FTP client is released under the the GNU General Public License and was written in C++.

Most FTP client comes with a dual-panel interface with a drag and drop functionality to makes it easy for you transferring files from local machine to transfer. FileZilla is no exception. 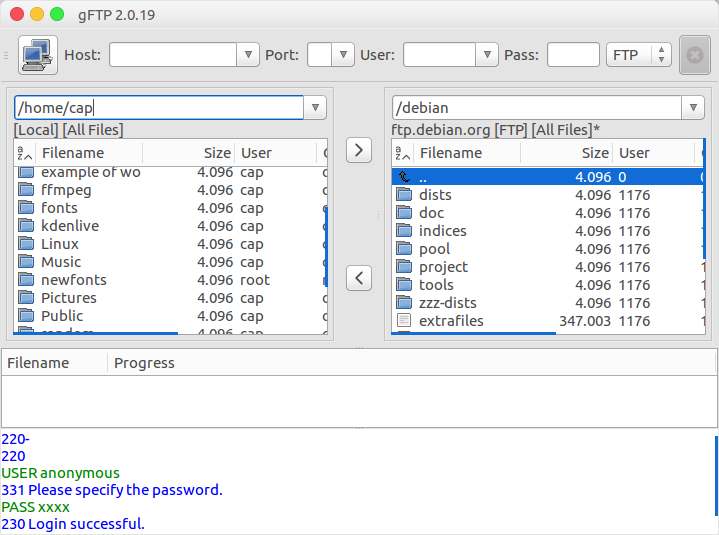 gFTP is really a cool open source FTP client. Not just because it is free to use. This FTP client comes with a bunch of useful features you will love to, especially if you are a Linux fan. One of which is a Bookmark menu that lets you access the FTP server of popular Linux distributions like SuSe, Debian, Slackware to RedHat. You can access the FTP server of each distro without having to enter both username and password. Just go to the Bookmark menu and select the distro you want to visit its FTP server and you are there.

gFTP itself comes in two version, CLI-based and GUI-based. The GUI based of gFTP was built using GTK+ while the core of this app was written in C. The software is released under the GNU Public License. Most Linux distributions already include gFTP on their software package repository.

FireFTP is an out of the box open source FTP client. While most FTP clients are available as a desktop app, this FTP client is available as a Firefox add-on. Which mean, all desktop operating systems can use this tool since Firefox is available for all desktop operating systems. FireFTP is a personal project by Mime Čuvalo. The man released his work as an open source software under the Mozilla Public License. You can download and learn the source code of the software on Mime’s GitHub page.

FireFTP also features a dual-panel interface with a drag and drop functionality to ease your job in uploading local files to your server, and vice versa. Furthermore, this FTP client already supports FTPS, and SFTP for a safer file transfer. 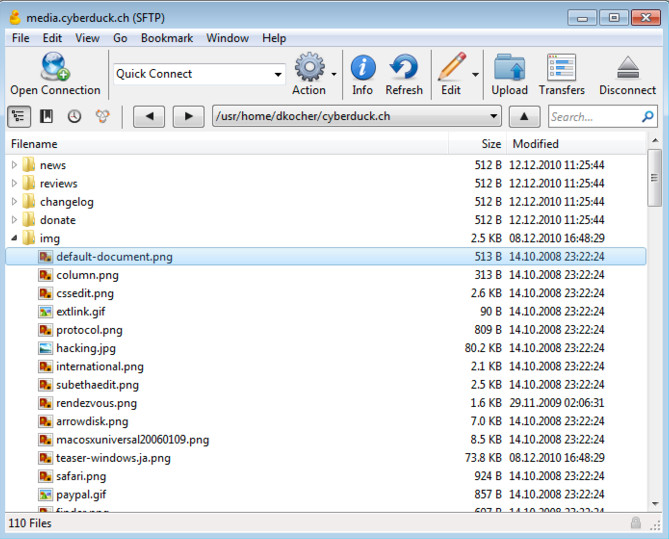 Like I said earlier, not all of the open source software are free to use. Cyberduck is one example of that kind of open source software. More surprisingly, this software doesn’t offer a support for Linux. Currently, it only offers an app each for Windows and macOS. However, Linux users can download the source code of Cyberduck on GitHub. In addition to regular FTP client, Cyberduck also has additional functionalities as a client app for Dropbox, OneDrive and Google Drive. This app was written in Java and C# and is released under the GNU General Public License version 2. 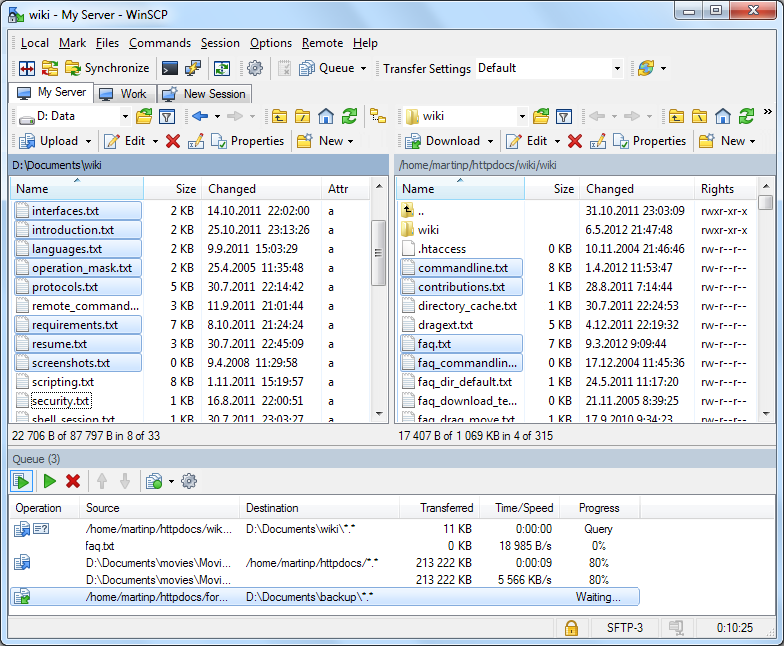 WinSCP is another open source FTP client that doesn’t support Linux. Instead, this app only available for Windows. However, seasoned Linux users who curious about this software can download  its source code on GitHub. WinSCP itself was written in C++ and released under the GNU General Public License. Just like other FTP clients, WinSCP also features a dual-panel interface with a drag and drop functionality. WinSCP also already features SFTP for a safer file transfer. Same as FireFTP, WinSCP is also a personal project. This software is a project by Martin Přikryl and was released firstly on 2000.