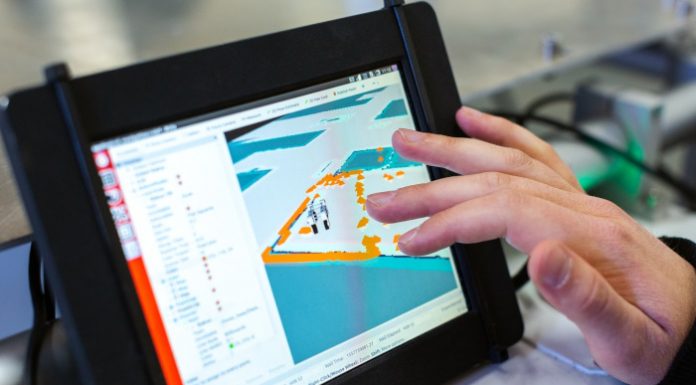 Here is a comprehensive list of the different types of software testing.

Agile Testing, Functional Testing, Automation Testing, Non-Functional Testing are among the different types of software testing, including their subtypes. More often than not, experienced and even some newbie testers are aware and have an understanding of these.

In our testing journey, each of us probably encountered various software testing types. Although not everybody knows about these, we might have worked on some, and we might have heard some.

It’s imperative to note that the different testing types come with their own set of advantages, disadvantages, and unique features. In this article, we’ll show you the commonly-used software testing types, which you can also leverage to generate better and more accurate results.

The Software Industry proponents mostly leverage on Alpha Testing, making it the most common type. Through alpha testing, testers can ensure that all defects or possible issues are identified before the software is introduced to the user or into the market. Alpha testing is implemented before the Beta Testing and at the end of the software development phase. As a result of such testing, minor design changes happen. For this type of testing, an in-house virtual user environment can be laid out and is conducted at the developer’s site.

Proponents perform acceptance testing to ensure that the system’s end to end flow aligns with the requirements of the company or not. It also provides that it goes hand in hand with the pressing needs of the target end-user. When all the functionalities and features work as expected, the clients can then accept the software. Once the acceptance testing completes, the production of the software follows. This phase is otherwise known as User Acceptance Testing (UAT).

Ad-Hoc testing is performed without any documentation or plan in place and with no specific reference to the test case. That’s given with the testing’s Ad-hoc basis, as the name suggests. This type of testing executes any random functionality or any flow of the application by first defecting and breaking the use. Anybody can perform this form of testing, and it’s a popular way of informally finding defects. Take note. Not all processes with existing test cases can identify errors, although these make it much easier to do so. In other words, ad-hoc testing can diagnose issues that other forms of testing usually miss.

Accessibility Testing allows people who are either disabled or not to access the application or the software. When we speak of disability, we generally pertain to old, deaf, blind, color blind, and mentally retarded. Proponents can perform various checks such as color and contrast for color blindness and font size for visually challenged persons.

Unlike many other types of testing, Beta testing allows the customer to carry out this formal type of Software Testing. Before the product’s introduction to the actual end-users or before being released to the market, it is performed in the real environment. It is done to ensure that the tool meets the criteria and standards of the business from the point of an end-user and ensures that the product or software contains no significant failures. Only when the customer accepts the software can one say that beta testing is successful.

In many cases, Beta Testing is the final testing executed before an application is released for commercial purposes, and end-users or others usually do it. However, the product released only applies to a limited number of users in a particular area, including the software’s Beta version. That means that the end-user shares the feedback of the business and uses the software. Before marketing the software to the global market, the company then has to implement necessary action.

Back-end testing stores in the database every data or input that is incorporated on the front-end application. The industry refers to this as the Backend Testing or Database Testing. The data structure, table structure, stored procedures, and schema are among the features involved in Database Testing. Among the different databases related to it are Oracle, MySQL, SQL Server, and many more. By running a set of queries on the database, testers can quickly verify the data. Since they are also connected directly to the database with proper access, there is no GUI included in the Back-end Testing. Data corruption, deadlock, data loss, and other issues can arise for this type of testing. The testers mustn’t go live with the system when they are not addressed in the production environment.

Black Box Testing does not consider the design of an internal system since tests conducted to align with functionality and requirements.

How can you validate an application’s behavior at the boundary level? Leverage boundary value testing allows you to identify issues or gaps within boundary values through an actual performance or checking. There are a variety of numbers involved in this type of testing. For each range, there is a lower and an upper boundary performed on these boundary values.

Comparison Testing compares previous versions or other similar products with the latest strength and weakness of a product.

Compatibility Testing runs in various network environments, hardware, and web servers while validating the software’s behavior. It, therefore, ensures that the testing performed by the testing team runs on various browsers, various databases, and multiple configurations.

After the completion of unit testing, developers proceed to component testing in most instances. Component Testing aims to determine arising defects after the multiple functionalities are connected. It, therefore, involves different features tested as a single code.

In a situation that mimics real-world use, the role of End-to-End Testing comes to the fore. That’s because it considers the testing of a complete application environment, just like in system testing. Among the real-world uses relevant to this type are interactions with other hardware, systems, or applications, network communications, and interaction with a database, if deemed necessary.

Equivalence Partitioning involves selecting a few numbers or values and a set of the group for testing under the Black Box Testing type as a testing technique. This proposition comes with the awareness that the same output is generated from all values in the said group. With this type of testing, proponents can successfully remove within specific group test cases that yield the same output without any defects. In other words, it does away with clearly redundant test cases.

Example testing allows for real-time testing or the inclusion of a real-time scenario with the involvement of scenarios based on the experience of the testers.

Functional Testing only checks if the output aligns with the business requirement or not; thus, it can safely ignore the internal parts. Since it gears to the functional standards of an application, it is considered a Black-Box type testing.

Those are just some of the software testing types every beginner should know for a better understanding and execution of the testing process. Don’t forget to take these into account even if you are using the best software test management tool. It’s a strategy that will surely work sustainably especially in the long run.

The fact is that we are living in the era of electronic and code-driven technology. What does it mean to you? If you are a programmer and want to make an income as a freelancer or some cash on the side, it means that you can do it by learning about ways to code online!
Read more
Programming

Great Ways to Teach Yourself to Code

Coding is one of the most in-demand skills on the market. And, it's something that you can teach yourself from the comfort of your...
Read more
Programming

The Most Common Software Development Methodologies

For the successful development of a software product with stable performance and high security, various methods are used. At the moment, there is a...
Read more
Programming

Are you looking for a course to upskill on a data-driven certification? Do you see yourself as a future Data Architect or Data Engineer?...
Read more
Programming

How To Get the Big Win with Retail Business Intelligence

Ever wondered how to get the big win with retail business intelligence? Modern times demands for modernization. Today, every person in business is worried...
Read more
Programming

JavaScript is the most reliable take care of fast web apps of today's era. But unfortunately, the market is over-burdened by the numerous JavaScript...
Read more